Hugely respected as one of the toughest competitors on the ITU circuit, South Africa’s Richard Murray gave us one of the highlights of the 2014 World Triathlon Series – a thrilling sprint finish against Spain’s Mario Mola in Hyde Park – but finished a disappointing 52nd in Edmonton and eighth overall in the series.

Speaking to 220 yesterday, he says that the end of last season was one of the negative moments of his career: falling ill straight after WTS Stockholm (where he came fifth) with just one week to go until the Grand Final, throw in some missing luggage… It’s fair to say Edmonton was a washout for South Africa’s leading ITU racer, after some superb earlier results that included bronze at WTS Yokohama, silver in Hyde Park plus a bronze at the Commonwealth Games. 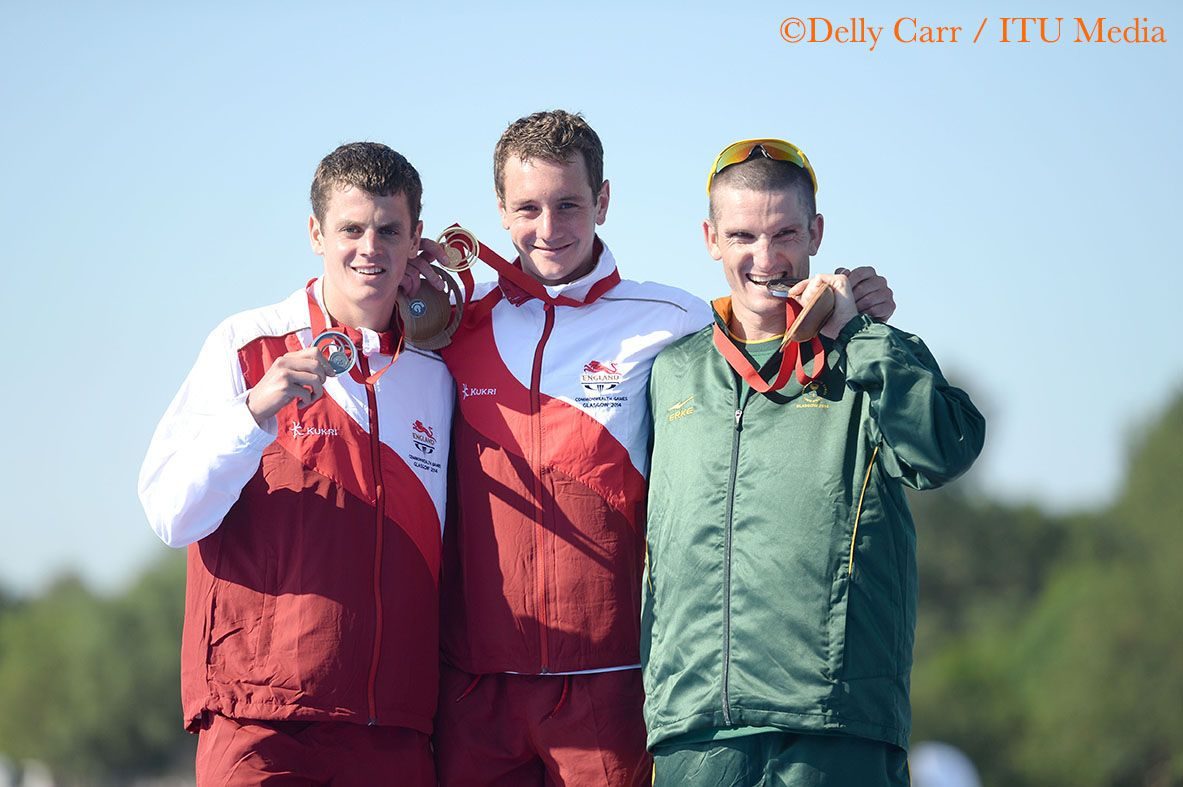 So what’s he been up to since then? Training, and lots of it, it seems. “After Edmonton I sat down with my coach and asked, ‘What do I need to do between now and Rio to put myself in the position to shoot for a medal every race?’ I looked into it and decided I had to go to Europe earlier than I had planned. I wanted to spend the summer in South Africa like I usually do, but decided to put in the hard miles at the pool. I think more time with the training squad and fewer events in 2015 is what’s going to be the change.”

To that end, Murray left South Africa at the end of November for a two-week training camp in Portugal, and has been in Majorca since the start of January for an intensive two-month training block, along with training partner and rival Mola – where it’s been snowing the past few weeks…

“The weather was a little bit fresh the last few days but yeah it’s definitely going well. The main priority of coming here was to put in a solid swimming block over these few months, and hopefully that will progress to the point where I’m further up in the swim come Abu Dhabi time.”

A whole lot of racing

Of course, there’s even more to play for this season: in addition to earning enough points in this year’s 10-event World Triathlon series, there’s qualification for the Rio 2016 Olympics to factor into his race schedule. So how hectic is it looking?

“The big one for me is I will be qualifying for Rio, also the World Triathlon Series in Cape Town I’m looking forward to quite a bit. The Abu Dhabi WTS race in the first or second week of March is a big one, I love new events, the unknown is there which is always an interesting factor. Moving further down the season Hamburg and London are always great ones in Europe that I enjoy quite a bit.” 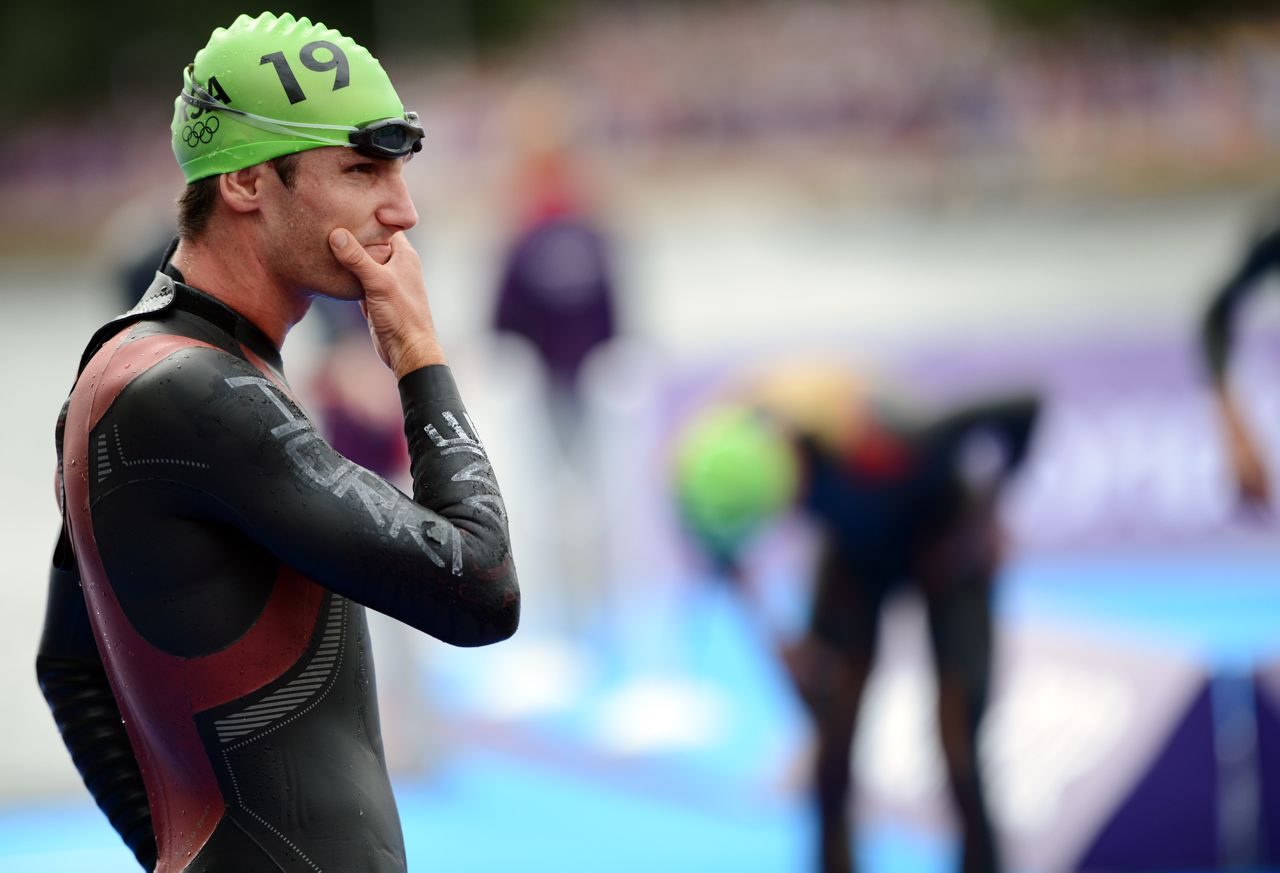 He tells us that he doesn’t put a lot of emphasis on any one single race – “obviously apart from the Olympics” – but the season opener in Abu Dhabi must be ringed in red on his calendar, being a sprint distance event in hot and humid conditions, right?

“I think it’s going to be an interesting one. The temperature should be mid to high twenties, and it’s being held in the evening as well, so you’re going to have to plan things around that and see how the body is ready at that time of the afternoon. A podium is what I want, I’d love it to come down to a sprint finish like it was in London last year, that’s what the crowd wants. Mario is looking strong here on the camp, it’s definitely going to be an interesting event to watch.”

Both Brownlees and reigning WTS champ Javier Gomez have already confirmed they’ll be there, but who else does he think could prove tricky? “João Pereira showed a very good season in 2014, he’s a very powerful athlete, very good in the sprint, and Sven Riederer is coming through as well, his sprint was very good in Stockholm last year. I think there are a couple of guys in the secondary pools who are going to be in the top three leaving the swim. We’ll see how it goes come Abu Dhabi!” 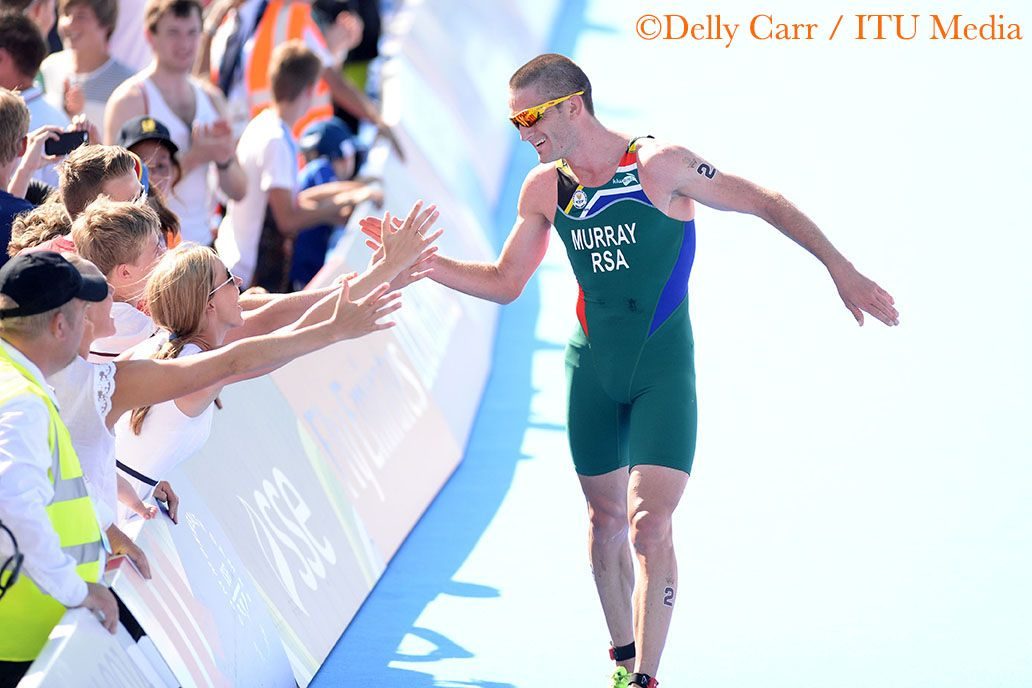 So with many of the world’s top triathletes being attracted into racing the Challenge Triple Crown series, thanks to promises in equal measure of top prize purses and outstanding organisation, is he tempted to follow Gomez into the new series?

“I am not, no. I only looked at it the other week, thought “Oh lots of prize money, very interesting,” but it’s another of those things where you can’t do everything – unless you’re Javi [Javier Gomez]! Then you can race every weekend and do an Ironman 70.3 here, a sprint distance there, then a World Triathlon Series… To be able to do that is not easy, you need to do a lot of things right, you might walk away with injuries and fatigue, not medals and glory. 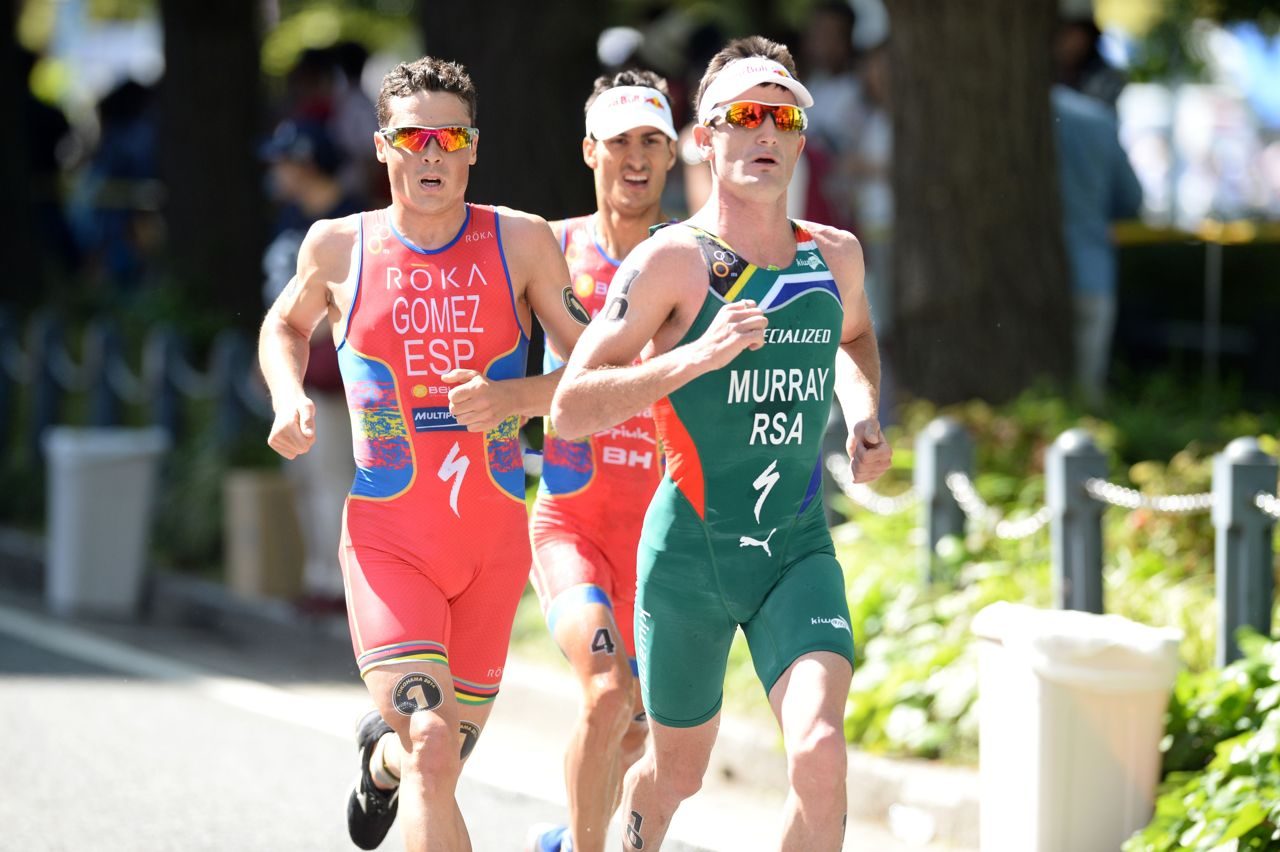 “There are obviously certain things that Javier does meticulously and in a certain way, he enjoys racing, he’s a racing character and he trains hard to do it. It’s not the easiest thing to do, but he’s a very strong and also more mature athlete than most of us, he’s got a couple of years on myself, the Brownlees and Mario [Mola]. When you’re 30 plus and you’ve got a bit more stamina and endurance in yourself you can actually do something like that, but when you’re young you should stick to what you’re good at and what you really want to do.”

Looking ahead to Rio then, what’s he looking forward to most about the test event this August? “I’m kind of in two minds about doing it, it sounds funny but there’s no prize money, there’s positives and negatives about going to do it. But I definitely think going there and seeing the course is worth doing, there’s quite a hill on the bike as well, there are a couple of things that you want to plan and look at beforehand to take what you can away from the event. There’s going to be a lot of psyched people looking at it as well to see how people race, so it’s definitely going to be an important one.” 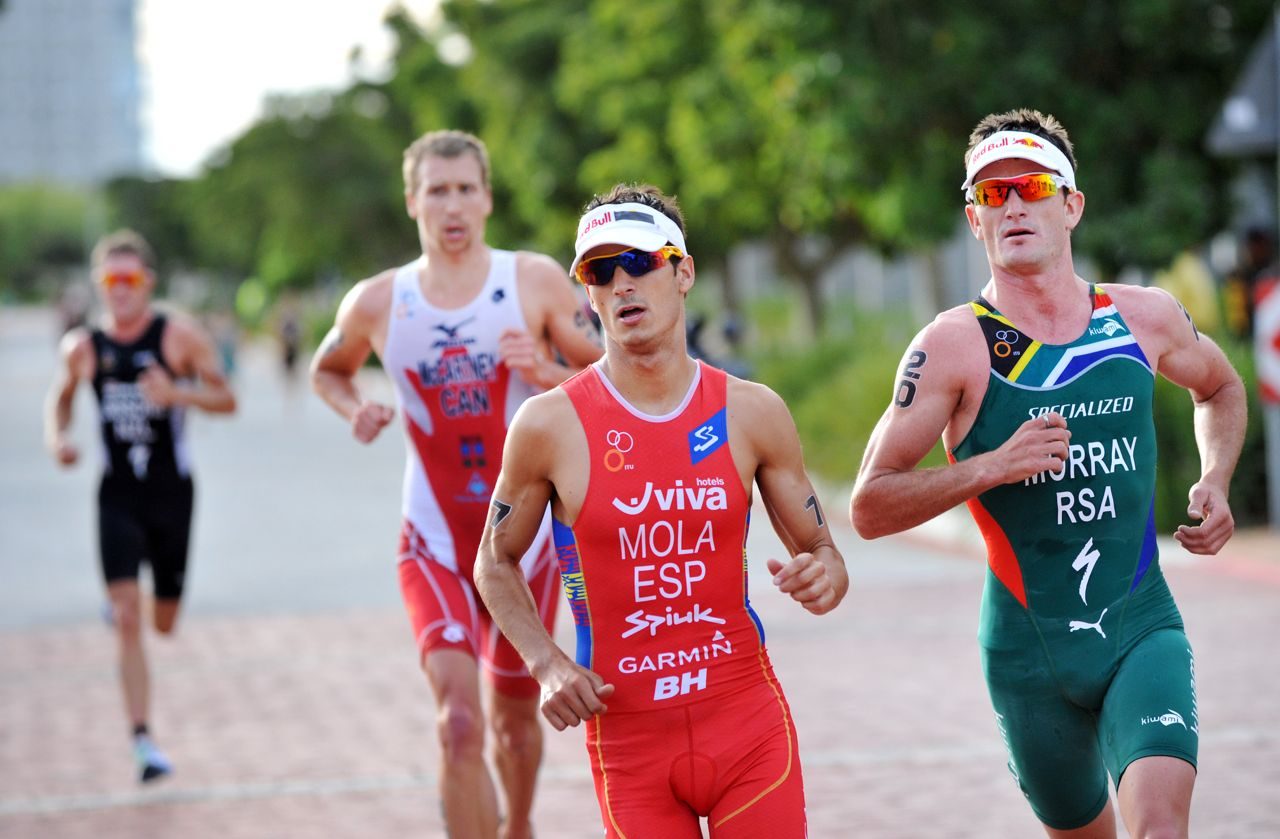 And what is the qualification criteria for the South African team? “I haven’t heard thus far, the African style is literally whoever’s the best will go, and that’s usually how my mindset goes. The criteria and everything can be there but that can put stress on the whole matter, every event is important for me. The African events are important for the African guys involved, the African champs in Sharm El Sheikh in Egypt this May, and also WTS Cape Town will be a very important one to do well at.”

To wrap up, we asked Richard what tips he has for 220 readers trying to stay motivated through a cold British winter – a plight he’s sympathetic to, particularly given the recent snowfall in Majorca!

“Probably one of the biggest pieces of advice I can give is to plan your sessions – it’s quite difficult when the weather gets bad, your motivation levels are a bit low, so definitely saying: ‘This is what I’m going to do on that certain day.’ even if it’s just one or two sessions, to actually get out there and do it. Once you’ve got past the first half an hour or 40mins you usually think: ‘Ah that wasn’t so bad.’

Also joining groups – if the weather gets really bad, do it indoors with a couple of mates, you still get the session done. If you have the opportunity and lots of money lying around you can come to somewhere like Majorca, there’s definitely options for doing it, and it’s not horrendously expensive if you book well in advance. If you’re a top age-grouper and you’re able to tap into those type of things then a week or two definitely plays well on the body and the mind.”

Fancy a spot on Team Ramsay at Ironman 70.3 Staffs?