A massive weekend of triathlon comes to Nottingham this weekend, starting with the Emergency Services National Championships today (29 May), followed by the Nottingham Triathlon on Saturday and then the hugely popular Outlaw Half on Sunday.

Paul Hawkins, last year’s Outlaw Half winner and course record holder returns, but with an eye on his bigger goal of winning the Outlaw Triathlon on 26 July. Coming back from injury, the Manchester-based former Marine has said he’ll be tentative on the run course, but his rivals will know not to write off one of the sport’s hard-men. 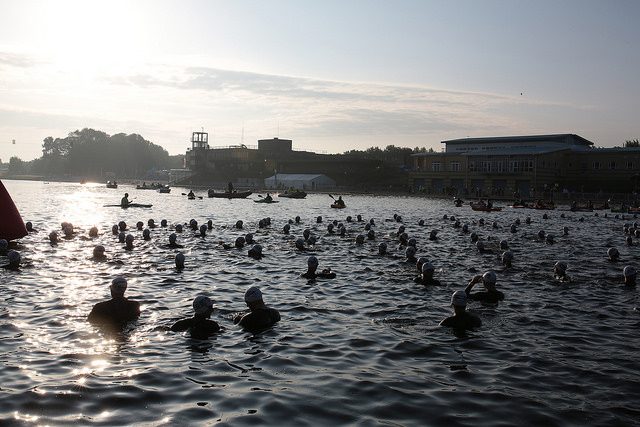 Ian Turner is back after finishing second last year. He currently holds the second fastest time ever (4:15:45) on the course, just two minutes adrift of Hawkins last year after the 1900m swim, 56mile bike ride and 13.1mile run. Karl Alexander, third fastest ever, is also in the starting line up.

In the women’s field, Cat Faux, the winner from last year and course record holder, isn’t racing. Amongst the favourites will be Suzie Richards and Jane Hansom, a multi medal winner for the Great Britain Age Group team, who should do well overall and be a favourite in the 45-49 Age Group.

Olympic silver medal winning Modern Pentathlete, Heather Fell, is doing her first ever triathlon, as are many in the rest of the field. Fund-raisers for Cancer Research, the official event charity, are set push the partnership total ever closer to the goal of raising £1 million by end of 2015. 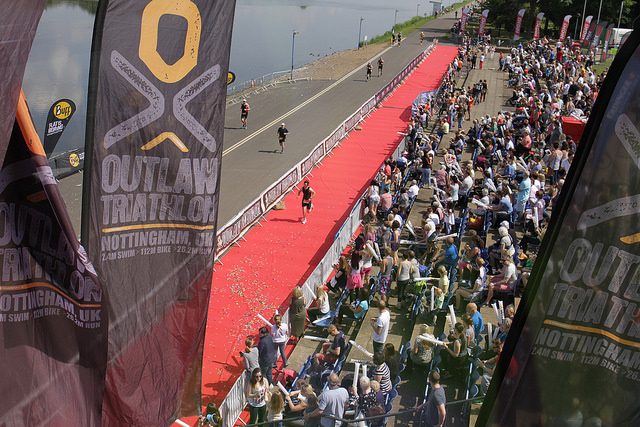 Local clubs including TFN, Absolute and 4Life Tri are well represented at the event, which kicks off from 6.30am on Sunday morning (31 May). The leading athletes are expected to cross the finishing not long after 10.30am.

The Nottingham Triathlon on Saturday will see some fierce racing as places in the Great Britain Age Group team for September’s World Championships in Chicago are on offer.

The event expo and registration opens tomorrow lunch time, Friday 28 May. Free parking is available and all visitors will be welcomed along to the National Water Sports Centre during the weekend.

Are you racing in Nottingham this weekend? Let us know in the comments below!

Hawkins and Faux win Outlaw Half