Love hills? Here’s a cycling trend for you to try – Everesting

Warning: not for the faint hearted or short of time. With only 10 UK cyclists completing the challenge (so far) of ascending 8,848m in one go, we look at how to join the club

Let’s be clear from the start what Everesting involves – finding the biggest hill near you, pedalling up it and back down again, then repeating until you’ve climbed the ascent of the highest mountain in the world at 8,848m.

Those who’ve done it recommend getting yourself a support crew and plenty of energy. The steeper the hill, the shorter the reps, so choose carefully!

So, do you like the idea and want a place in the Everesting hall of fame? The golden rule is that it must be done in one attempt, so no sleeping in between! It doesn’t matter how long the ride takes, whether it’s 11 hours, or 18 hours, or how many attempts you make; as long as you cycle the whole 8,848m at once, your name will be in the hall of fame.

To prove you have done it you must record it on a GPS device and upload it somewhere for people to see. Many use Strava, and hope for a KOM/ QOM (King of the Mountain/ Queen of the Mountain) out of pity for cycling up it so many times, or if you are lucky enough you may already be the King or Queen.

Using a GPS device may pose some difficulties if you take longer than you think, so make sure your cycle computer or watch is fully charged!

The website showcases many attempts across the world, with less than 10 completed in the UK. So come on Brits, find a hill (we have many!) and get yourself in the hall of fame.

Some notable challenges from Everesters: 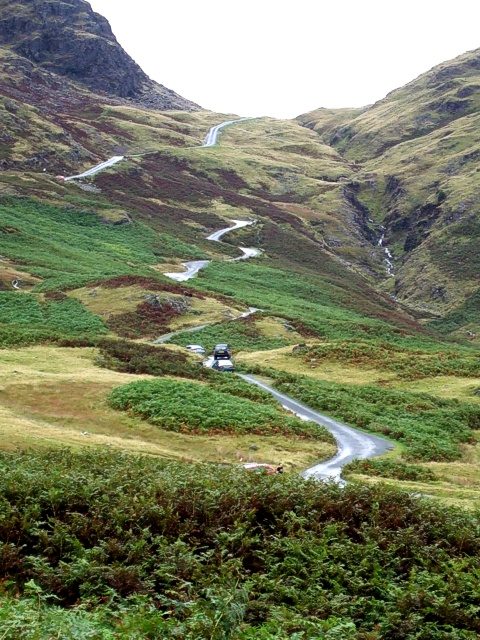 Hardknott Pass, Lake District, UK. With a 30% incline this only needed completing 30 times. However, according to the 100 Greatest Cycling Climbs book, the writer gives this a 10/10 for difficulty, and many cyclists are lucky to get up it once as it is arguably one of the toughest climbs in the UK. But, the view from the top is stunning, so will that spur you on to see a sunrise and a sunset from up there?

Laurie Lambeth completed the ascent of Mt Everest on Hardknott Pass in 12 hours covering 137km. “The climb raises up through some trees and over a cattle grid, it’s not long before you are faced with a number of 25% switchbacks. Once you’ve tackled these, the landscape opens up, and on doing so reveals why people fear this climb so much. In the distance the summit is almost visible, but before that are more sets of switchbacks, only this time steeper than the first.

“The final hairpin is a savage 30%, and is followed by a steep drag that only eases off once you’re near the top. The total ascent is around 970ft with a summit of 1,289ft, the pass would need climbing 30 times to reach the 29,029ft target.”

Other notable efforts include:

Edge Hill 94 times by Pierre Guern (earning him a Strava Suffer Score of 401).

Have you complete the Everesting challenge? Let us know in the comments!