Jenson Button: Organising triathlons “not a money-making business for us”

Now established as one of the most popular races on the UK race calendar, the Jenson Button Trust Triathlon is moving to Derby from its previous home in Luton Hoo, Bedfordshire to accommodate more people.

There’s also going to be a £7,000 prize purse on offer, with £1,000 on the table for both the male and female overall winners. We caught up with the F1 ace to discuss the move…

Triathlon’s massive up there and they love their sport, which is great. Especially cycling. It’s just nice having it somewhere different.

And also it can become a bigger event, not in terms of participants, because we still want to keep it a family thing, but in terms of people watching and being a part of it.

You’re big on the festival element of a race. Why’s this?

I feel a lot of triathlons are great if you want to go there and race, but it’s arrive, do your thing and leave, which can also be a massive comedown.

It’s nice to have the festival vibe where there’s a band afterwards, there’s a BBQ and people hang around. I think that makes the event and keep people interested in the event. 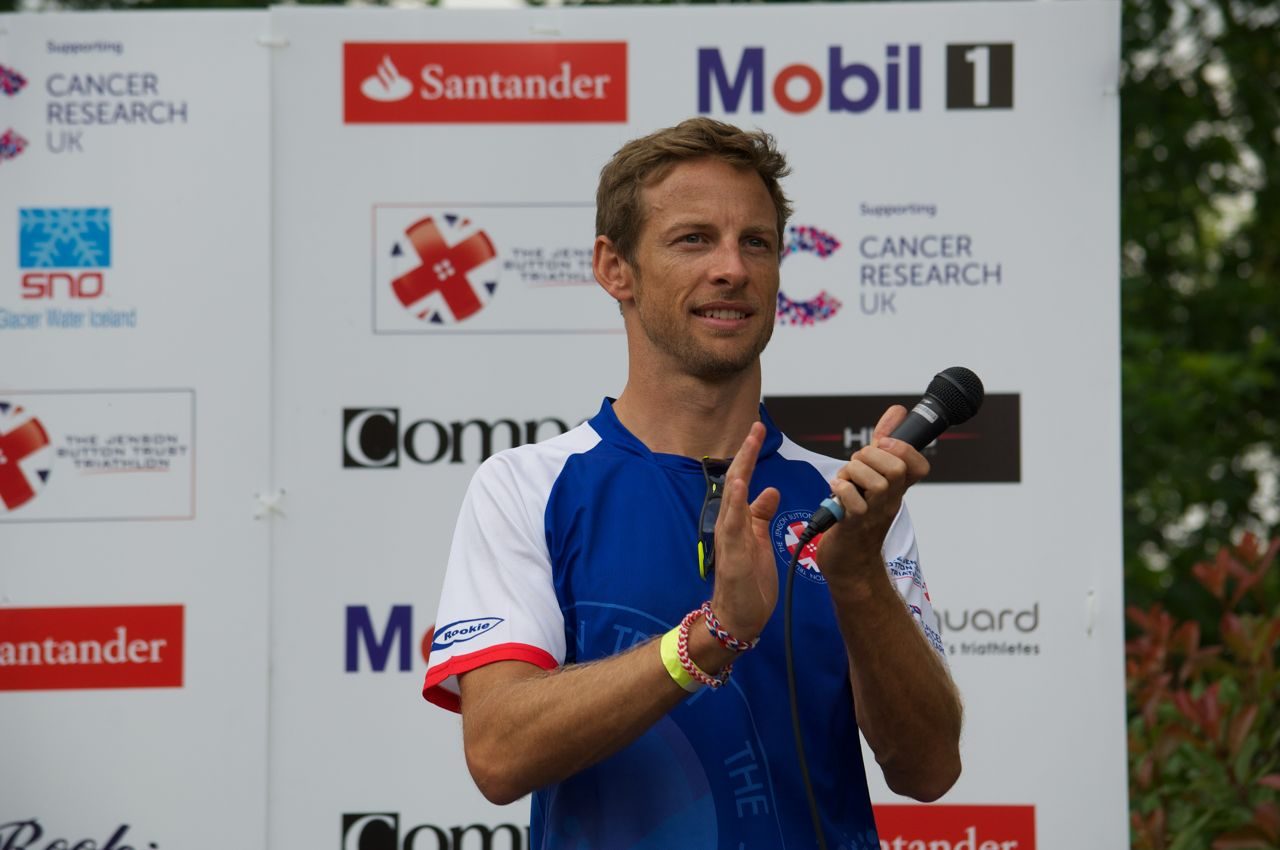 Was the race modelled on any other event?

Lavaman in Hawaii, an Olympic-distance. I did that one a few years ago with friends and there was a BBQ and a band. I was like this is just wicked!

I thought it was such a great idea. And it’s a great way for people to have fun and hopefully raise as much money as we can for Cancer Research.

Any plans to expand?

We’ve had a couple of people talk to us about expanding it, and having it in different countries, but I think you’ve just got to be very careful. As with anything, expanding too quickly you lose the main focus, which is people having a good time.

And it’s not a money-making business for us, it’s seeing people have a good time and also raising as much money as we can. I think Macca’s going to do something similar in Australia. He did the race last year and he really enjoyed it… I think he enjoyed the beers in the evening more than anything, though! 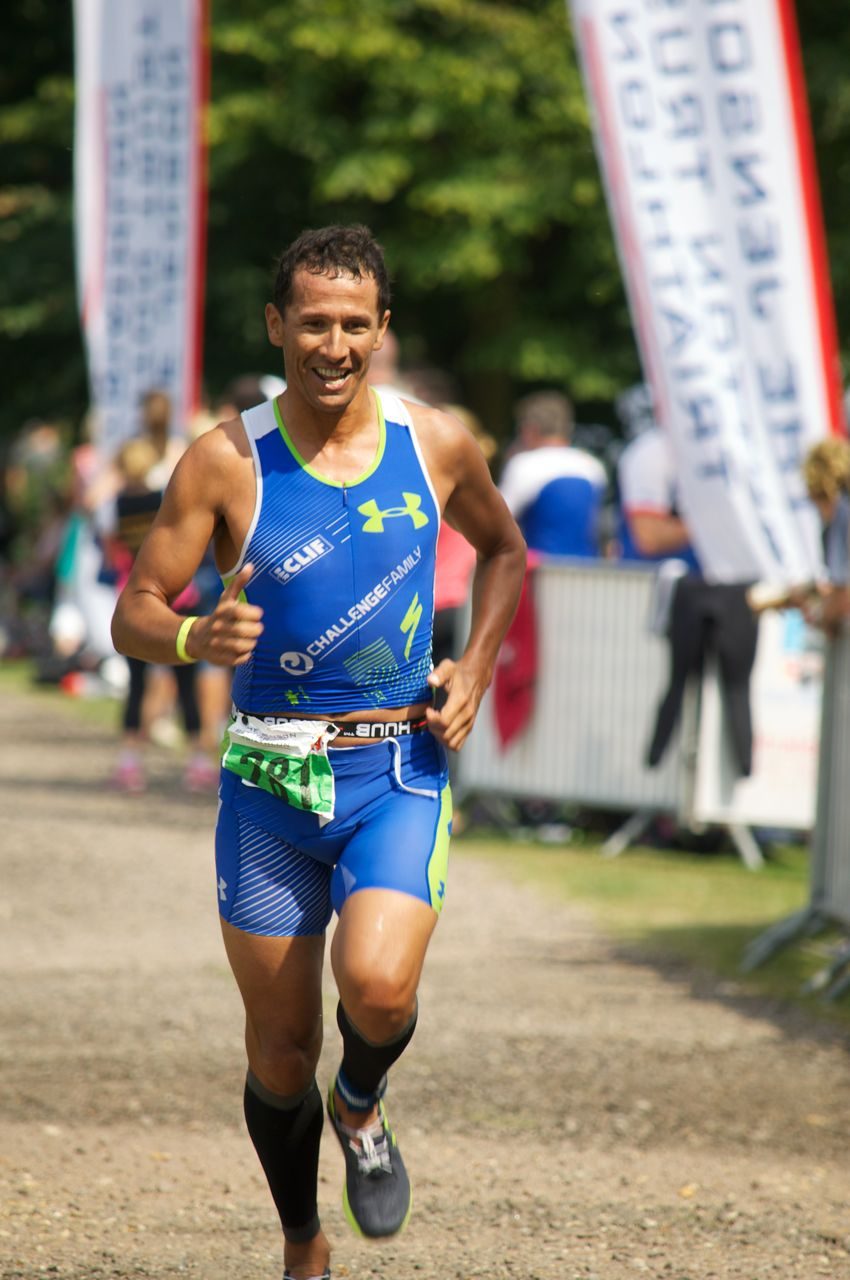 Do you have a finishing time in mind?

Well this year I’m actually going to train for it! I’ve never trained specifically for it before. It’s actually really good, really short stuff, just an hour and a half on the bike, I’m used to like four, five hours. But it’s going to hurt a lot!

Hopefully it’ll be better than the last few years because I keep having problems – I had a puncture last year, I wore my missus’ wetsuit two years before that which didn’t fit and I had a bit of a panic attack… so it’s not been the best race for me. Everyone else seems to have a great time, I don’t! 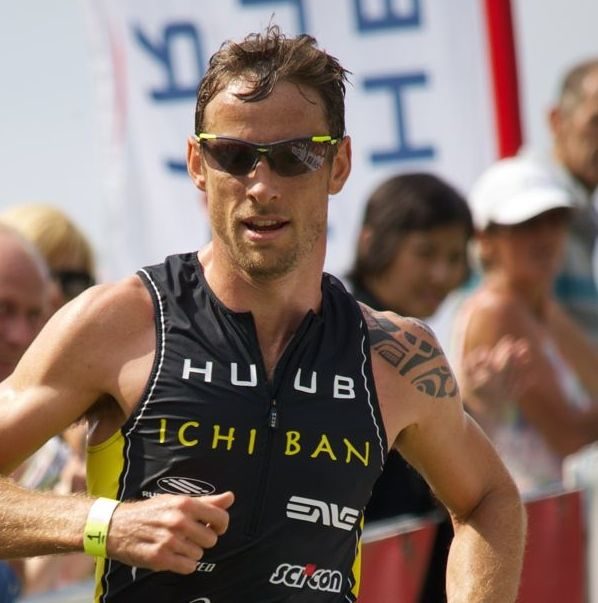 For more information on the Jenson Button Trust Triathlon head to www.jensonbuttontri.com.

Are you taking part in this year’s race? Let us know in the comments below!