As a multiple triathlon Champion, Gomez has not only accumulated one of the best records ever achieved in triathlon history but also proved that he is one of the world’s most versatile triathletes holding Championship titles across Olympic and middle distance triathlons.

As reigning and 4 time ITU World Champion, Ironman 70.3 World Champion and 2012 Olympic silver medallist to name just a few, organisers are delighted to be welcoming Javier to Staffordshire for its inaugural race, which will form part of his journey to the 2016 Olympics in Rio.

Upon confirmation of his entry, Gomez said, “I’m excited to be racing at Staffordshire and am very much hoping to follow on from my success at the 70.3 World Championship. I enjoy non drafting races so am really looking forward to racing a 70.3 distance. Obviously a victory would be fantastic, but my preparation is not specifically for winning this race. It’ll be great to be part of this new event – it also has the added appeal of the weather not being too hot!” 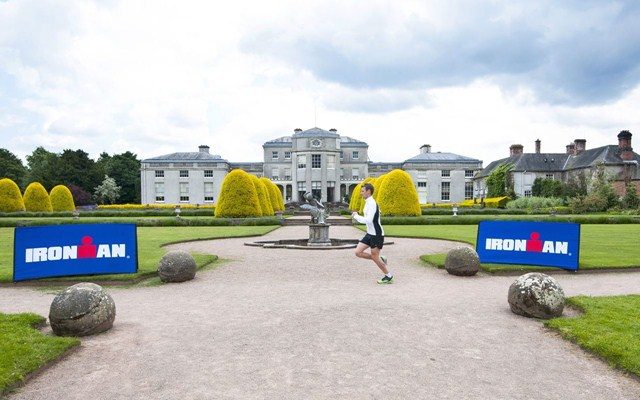 Javier will join a 30-strong Pro field, including Australia’s Joe Gambles who will be returning to his birthplace of Staffordshire, Marko Albert from Estonia and 2014 70.3 UK Champion Will Clarke, who will be competing for the $25,000 prize fund, which is the largest ever prize purse for a 70.3 in the UK.

Gomez will be under starter’s orders amongst 2,700 athletes on Sunday 14 June. Attracting huge local support, this inaugural event has also attracted high profile names such as Gordon Ramsay, Danny Mills, Jonathan Ross and Charlie Webster to its entry list.

The event which takes places through the four districts and boroughs of Cannock Chase, Lichfield, East Staffordshire and Stafford will consists of a 1.2 mile swim, a 56 mile cycle and a 13.1 mile run.

Places for individuals sold out in minutes, but entries are still available for athletes either through the event’s official charity partners or as a team relay.

Kids aged 3-14 can also be part of the action by entering the IRONKIDS run event on Saturday 13th September, the day before the main event. Distances vary from 500 metres to 2km according to age. For further information and entry on this fun focused event, please visit www.ironkids.co.uk

For more information go to www.ironman.com/staffordshire70.3.

Are you racing Ironman 70.3 Staffs? Let us know in the comments below!

Ironman 70.3 Staffs 2015: Javier Gomez leaves it to the run for winning move