Following yesterday’s pick of the ten men likely to picking up prize money in Hawaii in just over a week’s time, 220 columnist Tim Heming takes a gander at the women’s race, and reveals who he thinks will be running first down Ali’i Drive…

In contrast to the men’s race, which looks wide open, this year the women’s race definitely has a favourite – defending champ Mirinda Carfrae from Australia. However, there will be a smaller yet equally competitive class of triathlete in pursuit, with Britain’s Rachel Joyce just one of many names to watch out for.

Here are my predictions for the top 10, counting down to the athlete I think is most likely to scoop the big prize. Aloha to all involved and Mahalo for reading… 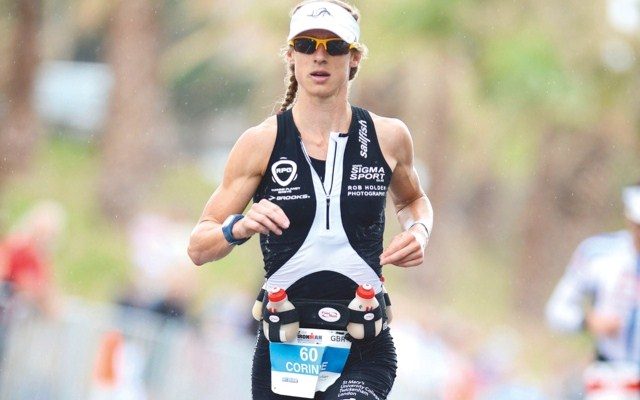 Abraham might be making her Kona debut but the former judoka has been adapting on the Big Island for weeks to leave no lava rock unturned in her quest. What’s enabled such slick preparation is her success in winning the big points race, Ironman Frankfurt, in July, and also the support afforded by the new Uplace-BMC team that have brought together 10 elite long distance athletes for 2014 and reaped multiple race wins in their first year.

After winning Ironman Melbourne in 2013 with a breakthrough performance, injury put paid to her Hawaii hopes, yet Abraham proved with this summer’s success in Germany that she is no fluke performer and has been able to make Kona her entire focus.

An intense athlete, the unknown is how she responds to the demands of race day, including the heat and humidity. What is for certain is she’ll need a better performance than the third place in Ironman Lanzarote in 9:51 in May to have a chance of cracking the top 10. 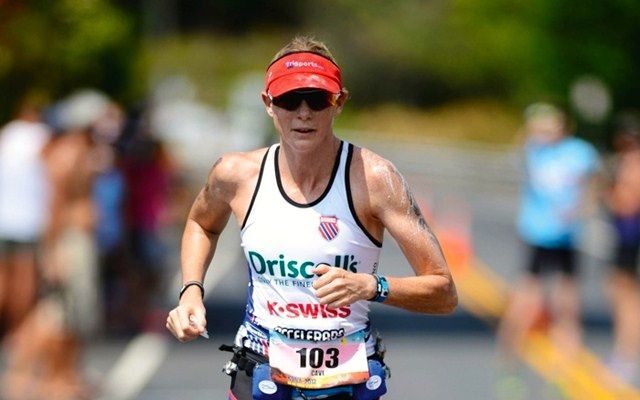 The 2012 winner struggled with injury throughout 2013 and may regret even attempting to defend her crown when hampered by a lack of training she filed in 12th female pro. This season was interrupted with the Commonwealth Games selection debacle, where Cave was successfully winning ITU races, only to be thwarted by a communication breakdown with Welsh HQ, yet the last few months have seen an upturn in form and fortune.

She’s back where she’s happiest as the master of her own destiny, and despite only having to complete at Ironman Sweden to validate her place, she determinedly raced it and won in 8:56. Cave will be far stronger than last year, so expect a solid performance but probably not one that will trouble the podium. 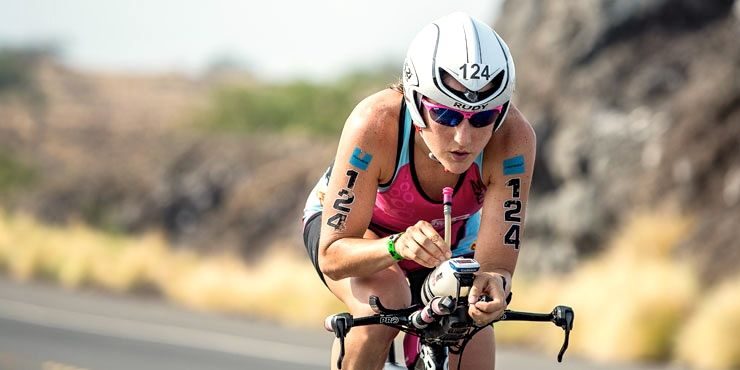 With Mirinda Carfrae and the now-retired Chrissie Wellington so fleet of foot, the bar has been raised for the women’s race in Kona and it’s now nigh on impossible to win without a stellar run. Thankfully for Snow, from Massachusetts, she has this in her armoury.

Last year a 2:58 marathon moved her up to sixth and in Nice earlier this year she pulled out a 2:52 – the fastest Ironman clocking of the year. Yet being in the mix to win Kona is entirely different from chasing down higher prize money slots and a 9:10 finish – almost 18 minutes behind Carfrae – showed she was never really in the hunt.

While she’ll have been working hard on the bike leg, making it stick on the Big Island is the acid test. One added incentive is being first American home, a feat she achieved last year by running down Meredith Kessler in the closing stages and although the race location doesn’t lend itself to huge crowds, the stars and stripes connection will make for added support. 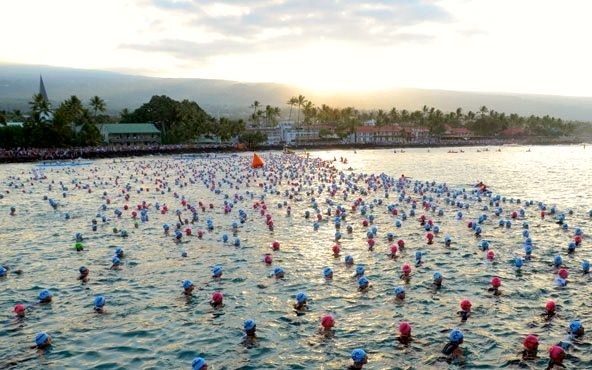 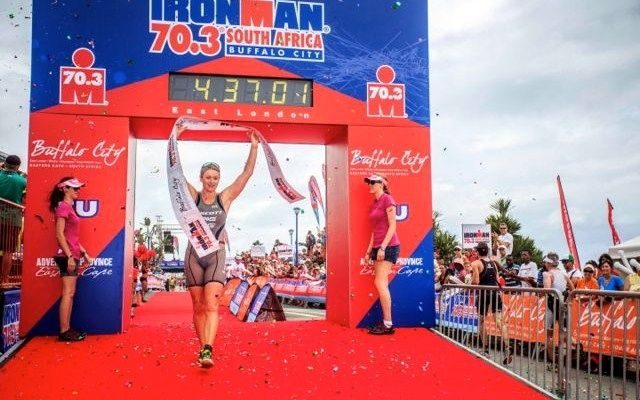 As exciting a racer as there is on either start list, Swallow, fearless and full throttle, will certainly play into the race dynamic – but will have a tough task staying in it. Originally from Brentwood but now based in South Africa with partner James Cunnama, the question is not whether she helps lead the swim out but how hard she wants to push it.

Barring injury or incident, the first portion of the bike as they race to the turnaround at Hawi will be a similar tale, but it’s here where race management kicks in and where – despite Ironman success in Sweden in 8:54 last year and some fine 70.3 performances including a second in Mont-Tremblant in this year‘s world championships – she hasn’t quite solved the puzzle.

Swallow sensibly quit last year on the run having waterlogged her system, the health risks of which should never be understated, but she dearly loves a battle, knows she has to go hard from the front to have any chance of pressurising Mirinda Carfrae, and, while it’s unlikely she’ll be leading along Ali’i Drive, it will be fun (to watch) while it lasts – and her race report will certainly be worth a read. 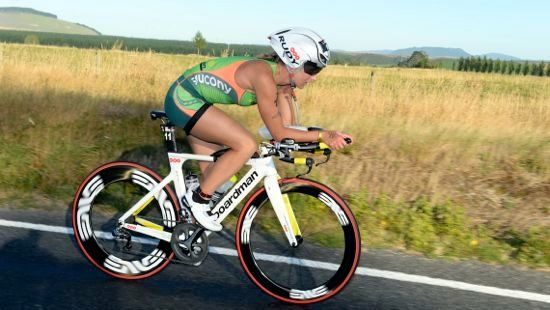 PurplePatch coaching Matt Dixon’s star pupil and how the coach would dearly love to have the San Francisco resident picking up the $120,000 winner’s cheque. It would also give hope to all age-groupers because for many of Kessler’s 52 iron-distance races she was trotting out 10-11 hours before the smart-thinking ex-swimmer from Southend took her under his wing.

Kessler will have few problems with the swim, can bike as powerfully as any of her competitors and with improved handling skills has the additional benefit of being able to mete out her effort more evenly. But at some point she does need to make a break, because as last year’s seventh showed after being unable to sustain her initial blazing run pace, a 3:16 marathon is not going to trouble the podium.

Kessler has raced more sparingly this year, with wins in Ironman New Zealand, the North American 70.3 Championships in St George and a fourth in the 70.3 Worlds in Mont-Tremblant, so she’s ready. All she needs now is the best race – and run – of her life. 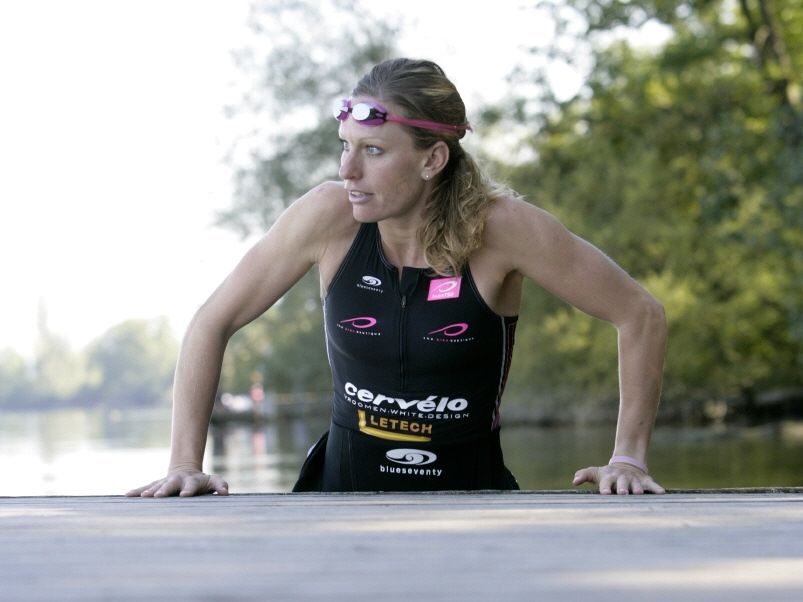 A lot has changed in 12 months. Plucked from the age-group ranks by Brett Sutton, Steffen was still clinging desperately to the coach’s advice as a disintegrating Team TBB headed to Kona last year. Having (probably) unwisely raced in the sweltering heat of MetaMan in Bintan barely a month before, the Swiss finished a commendable fifth after suffering with stomach issues, but for a twice runner-up in 2010 and 2012, expectations were higher.

A new season brought a new coach and mentor in Chris McCormack, as Steffen raced to a flyer with victory at Ironman Melbourne, her second win in three years of the regional championships. Both student and coach will hope July’s venture to Roth, where her consistently strong bike legs failed to materialise and she was soundly beaten by 10 minutes by Carfrae, will be a brief hiccup.

Steffen has been out of the top five just once in 18 iron distance performances, so consistency is not a problem. If anyone can instil the self-belief required to win in Hawaii, then it should be McCormack, but there is a sense that, like Andreas Raelert on the men’s side, she missed an opportunity in 2012 (with Wellington retired, and Carfrae off-colour) that may not return. 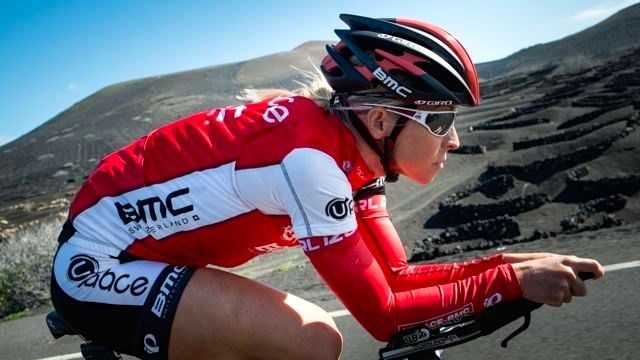 The Great Britain athlete was one of the many who stepped up in distance, disenchanted by ITU-style draft-legal racing after a failed 2012 Olympic bid. And like plenty of others she quickly found she could not resist the urge to leap straight up to full iron distance. But the strong swim and run roots from standard distance competition have served her well and the switch has been met with instant success.

Coupled with a smart attitude, the Uplace-BMC team member can be leech-like (but legal) on two-wheels and offers a formidable threat. Blatchford biked within three minutes of Yvonne van Vlerkan, who posted the fastest female pro bike split, in last year’s race and showed she has the physiology required to perform well on the Big Island with a debut third.

That gave her a glut of qualifying points to avoid having to blitz her body with a heavy race schedule in 2014, allowing her to defend her Ironman title in Cairns and then focus on Kona. What has she learnt from last year? That a littering penalty costs four minutes. That was the mistake of a tired mind and won’t be repeated. 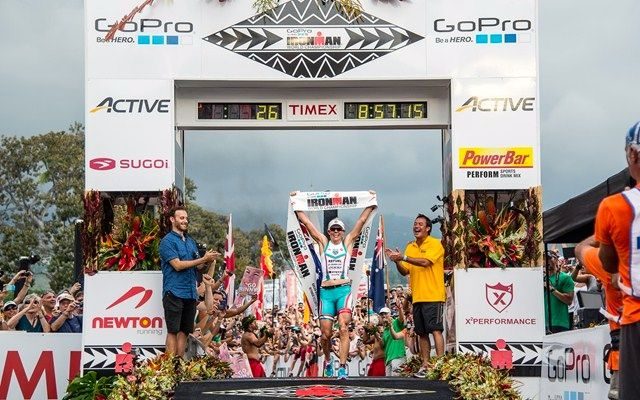 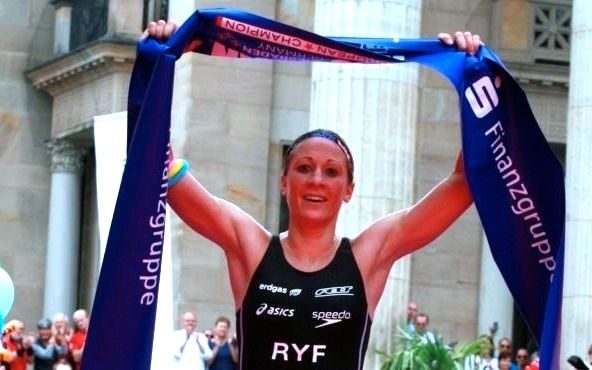 Following Olympic champion Nicola Spirig and the now departed Caroline Steffen in a successful lineage of Swiss triathletes coached by Brett Sutton, Ryf certainly has the confidence of her mentor – and for good reason. The youngest competitor in the women’s professional field – in fact the only one aged under 30 – Ryf is on a hot streak.

She won Ironman Switzerland on July 27 and then took victories in the Ironman 70.3 European Championships at Wiesbaden, Ironman Copenhagen in 8:53 and the 70.3 World Championships at the start of September.

Ryf is not an unknown, with an ITU background that includes a World Championships Series win in Seoul in 2010, but her short course career petered out and culminated in a disappointing 40th at the London Olympics.

That withstanding, should she make a breakthrough on debut here it will echo the impact Chrissie Wellington made in 2007. Sutton refers to her as his Angry Bird and with his ability to prepare athletes for the big showdowns, the thought of Ryf powering to the front might have the others in a flap. 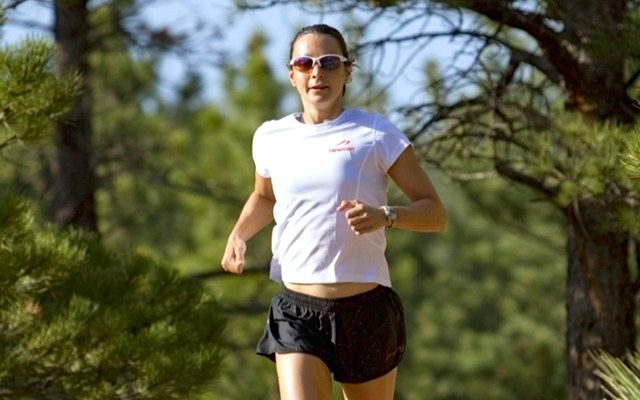 The duelling with Carfrae is developing into one of the sport’s great rivalries, but while Hawaii last autumn may have given Britain’s premier long distance triathlete hope she can achieve the next step in a consistent pattern of sixth, fifth, fourth, eleventh (ill) and second, defeat in Roth (where hot, but not as oppressive as Hawaii) and again being run down by the Australian in the second half of the marathon, begins to leave mental, and not just physical, scars.

Of course she’d never admit to that and being Boulder-based with six-time winner and one of the sport’s toughest minds, Dave Scott, in her corner, any negativity is likely to be given short shrift. Joyce has raced sparingly, completing and winning her required Ironman in Cozumel last December, and will be praying for the scent of victory not a sense of deja vu come Saturday afternoon. 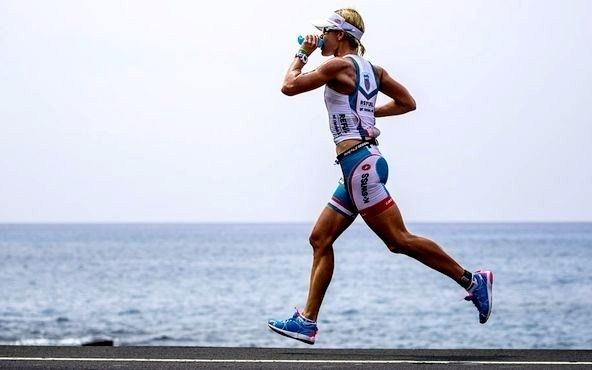 It might seem the obvious choice, but it’s also reluctant one. With more media and sponsor demands on the Ironman champion than ever before, with the exception of Chrissie Wellington, there are few athletes that can retain titles in Kona… especially after a summer victory in Roth.

What Carfrae has in her favour is her size, being tiny in stature yet colossal in reputation. It is proven to help make her impervious to the humidity of the Big Island whilst getting firmly under the skin of her rivals. Not the greatest swimmer but with a vastly improved bike leg in 2013, she will spend most of the day as the hunter while those ahead calculate the risks.

The others should tactically work together on the Queen K to try and forge as big a gap as possible, but they know that if they come off the bike with anything less than a 15 minute lead, they will be running very, very scared, and just like 2010 and 2013, it’ll be Carfrae carefree all the way to another Kona win.

Who do you think will win the women’s race this year? Let us know in the comments below!