The Ironman World Champion struggled but won comfortably at Ironman Austria despite recently recovering from a viral infection, finishing in 7:57:20 and 15mins ahead of Eneko Llanos. Eva Wutti narrowly beat Brit Corinne Abraham to claim her second Ironman Austria title

There was talk of an Ironman record and potentially the overall Iron-distance world best falling at Ironman Austria today; however, it wasn’t to be for world champion Jan Frodeno, who still went sub-8hrs and was streaks ahead of the chasing group despite only having resumed full training two weeks ago due to a virus.

Frodeno’s own Iron-distance world record stands at 7:35:39 set at Challenge Roth, and Tim Don’s record at an Iron-branded event is 7:40:23; and although Frodeno’s 7:57:20 was way wide of the mark, he cited his hampered preparations as a reason for re-evaluating goals for this race, saying in an interview with Triathlon World that even a course record (Marino Vanhoenacker’s 7:45:58 set in 2011) was “very unlikely”.

The race kicked off at 6:40am local time in the crystal clear waters of Klagenfurt lake, with Frodeno the marked man. Other prominent triathletes on the start line were Iván Raña (ESP), Antony Costes (FRA) Michael Weiss (AUT) and Eneko Llanos (ESP). No British male pros were competing.

Frodeno was first out of the water in a time of 46:29, which was to be expected but his 1:55 gap on fellow former ITU pro Raña made for an even more impressive split. The trailing pack emerged from the water 4mins back from Frodeno, with Tim Brydenback of Belgium leading Costes and Llanos out after 50mins of swimming.

On the bike Frodo continued to assert his dominance and extended the lead after every single checkpoint. The gap grew from 5mins at the 25km mark to a whopping 13min advantage by the end of the 180km bike leg, with the German pacing the two-lap course perfectly evenly for a split of 4:19:45. 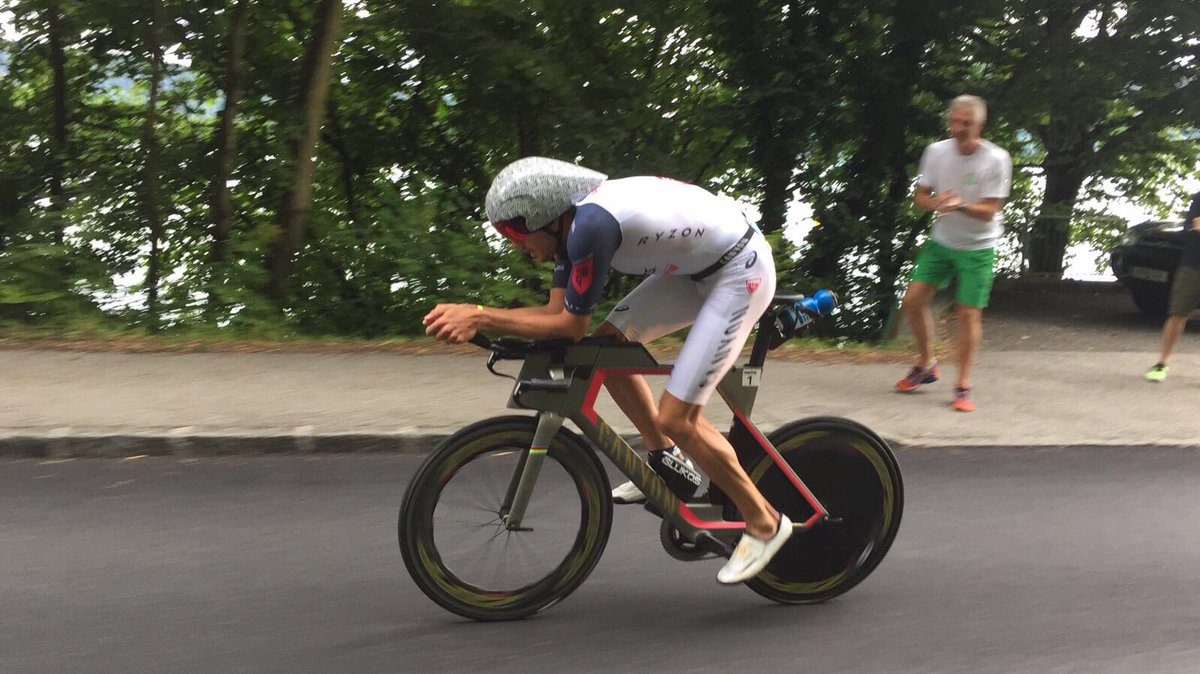 Behind him, Raña suffered a mechanical early on in the bike and was sent way down the pecking order by the halfway point, with Llanos taking the second spot until Costes overtook at the 100km mark. The two continued to exchange places until the end of the bike leg, coming into T2 in an almost identical time with Llanos marginally in front. Michael Weiss made plenty of ground on the bike with a 4:27:53 clocking, while Paul Ruttmann of Austria who was briefly second was forced to pull out due to a mechanical.

On the run, it was more of the same with Frodeno continuing to extend his lead coming up to the half marathon point, where his lead grew to 17mins; however he began to show signs of fatigue in the second half of the marathon, and a predicted sub-7hrs 50mins clocking starting to edge closer back towards the 8hr mark.

Llanos cemented his place in second on the run, with Costes dropping back to fourth before fading horribly in the second half of the marathon and dropping out of the top 20 finishers.

Frodeno crossed the line in 7:57:20, recording a 2:46:09 marathon. Exhausted and in a heap on the floor after finishing, Frodeno told Ironman Live he was “really hurting” towards the end and only crowd energy pulled him through.

In the women’s pro race British interest was solely on the shoulders of Corinne Abraham, who with a 59:44 swim and out of the water in fifth had much catching up to do on leader Michelle Vesterby (DEN), nearly 6mins ahead with a 53:52 split.

It looked to be Vesterby’s day entirely, as she held pole position throughout the bike leg. A crash towards the end of the bike didn’t even look to be stopping her, and she came into T2 with a near 6min lead over the chasers. Behind her Abraham had made up huge ground on the bike with a 5:00:12 split, coming into T2 in second and 3mins up on third-placed Eva Wutti (AUT).

Wutti absolutely flew on the first half of the run, making up 2mins on Abraham and Vesterby in the first 5km. Abraham continued to run well (although not quite at Wutti’s pace) while Vesterby faded, and Wutti took the lead just before the halfway mark on the run course.

From here it was a case of how much Wutti could stretch the lead by and how much Vesterby would lose, and ultimately, she was also passed by Abraham at the 25km mark. 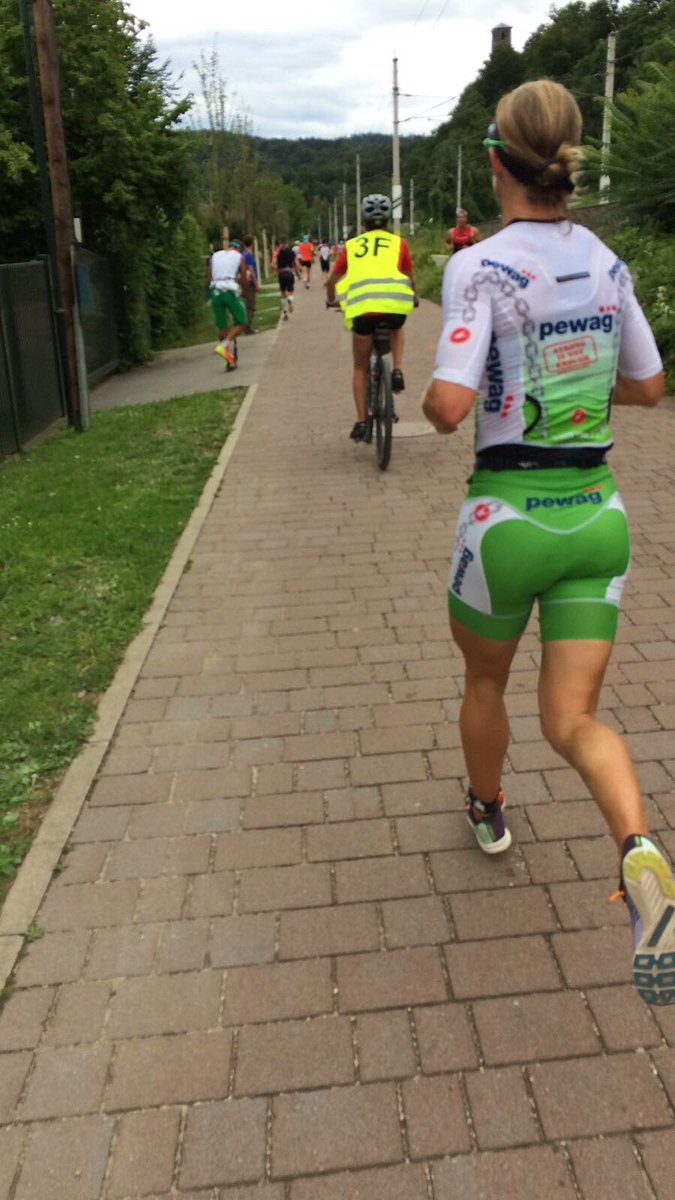 Today also marked the inaugural Ironman 70.3 Edinburgh, where there was a sizeable British contingent. In the women’s race Emma Pallant took a comfortable victory in 4:23:17, and fellow Brit Lucy Gossage was right behind her in 4:26:32. Sarah True (USA) had another good result in a post-Olympic season of 70.3 racing with a 4:26:32 clocking. In the men’s race, former Iron-distance world record holder Andreas Raelert of Germany won in a time of 3:55:21, while the fastest British finisher was Elliot Smales in 4:04:35.