The Australian city of Gold Coast is to host the 2018 World Triathlon Series Grand Final, after successfully returning to triathlon’s top-flight calendar this year.

The decision was made at an ITU Executive Board meeting held in conjunction with last weekend’s WTS Yokohama, the Queensland city commonly known as a ‘surfer’s paradise’ will also host WTS events in the intervening years of 2016 and 2017.

The ITU also confirmed that the UK city of Leeds will replace Hyde Park, London on the 2016 WTS circuit, due in part to the fact that Hyde Park will be under construction in 2016 to allow for the building of a cycling superhighway throughout the capital.

In addition to the World Triathlon Series announcements, the ITU Executive Board voted on several multisport championship events. In 2017, Penticton, Canada will organise the first Multisport World Championships Festival, which will see duathlon, long distance triathlon, aquathlon and cross triathlon championship races taking place together during a week-long festival.

This ground-breaking event now allows for athletes to compete in various multisport races, as opposed to electing only one each season. In addition to the 2017 Multisport Festival, the Executive Board awarded the 2018 edition to Odense, Denmark. 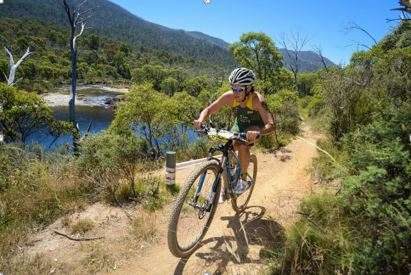 Anne Gripper, CEO of Triathlon Australia, said “This is fantastic news for the sport of triathlon in Australia. To have the world’s best elite and age group athletes competing on the Gold Coast in 2018, as well as in the magnificent Snowy Mountains at Cross Triathlon World Championships in 2016, provides Australian triathletes of all ages with a great incentive to train and compete over the next three years as they strive to wear the green and gold on home soil.”

What do you think? Let us know in the comments below!