The sun was shining and historic German city of Regensburg was ready to welcome triathletes from all over the world to take on the inaugural Challenge Regensburg. But it would be home athletes, Germans Jan Rafael and Julia Viellehner that would take the victory. 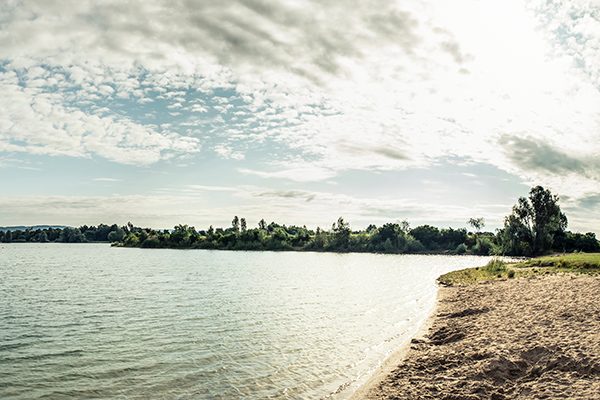 The race began with the 3.8km swim in  Lake Guggenberger See before racing through the surrounding beautiful Bavarian countryside and the historic city’s streets, which were filled with a party atmosphere.

A photo posted by Challenge Regensburg (@challengeregensburg) on Aug 14, 2016 at 4:26am PDT

British eyes were firmly on Joe Skipper who was hoping to win here after a fantastic performance at Challenge Roth two weeks ago where he broke the British Iron-distance record.

Sadly though a recent bout of food poisoning meant he wasn’t at full strength and he exited the water eight minutes behind the leader Sebastian Veith.  From then Skipper never troubled the leaders and decided to retire on  the beginning of the run, saying he felt weak and decided to just enjoy the swim and bike.

The bike leg had a 1,500 metre elevation and took the athletes through the beautiful Bavarian Forest Nature Park, and by mid-day temperatures rose to 24°C.

The first ascent began at 14km, where the athletes climbed to the highest point of the course at Brennberg. A fast descent and a long flat passage, which is only interrupted by a short climb at the southernmost point of the course, will allow athletes to speed up, before the course leads back towards Regensburg, before turning right at Donaustauf for the second bike lap which partly follows along the River Danube into Regensburg.

German Jan Rafael had a great T1 and started the bike leg in the lead, from then he never faulted. By the time he came to the run he had 13 minutes lead on fellow German Sebastian Neef and Chis Fischer from Denmark. However one KM into the run Fischer moved into second and started to gain on Rafael and at 36km mark was just 5 minutes behind but Rafael hung on for the victory, winning in 8:27:27 with Fischer taking 2nd in 08:31:30

The women’s race was won by fellow German Julia Viellehner, Julia in a time of 09:37:32, with Erika Csomor from Hungary in 2nd and Sylvia Felt, also from Germany in third.

Katherin Walther from Germany led after the swim with fellow German Nicole Woysch, in second but after 60km on the bike Woysch took the lead until the run when Walther overtook her again.  However this was the end of the two athletes dominance on the race, as after 6km Csomor took the lead and by 16km Viellehner had moved up to second, and had Csomor in her sights. At 21.7km she finally overtook her, in the end winning by 07:32 from Csomor.

Check out the results of Challenge Regensburg here

Speedo gear and Outlaw entry up for grabs