With only a few days to go until this weekend’s Ironman 70.3 event in Lanzarote, Club La Santa is all set to welcome 500 athletes including Lucy Gossage and Romain Guillaime, returning champions of this year’s full distance Lanzarote Ironman event.

The race starts at 8am on Saturday 20th September with a 1.9km swim in the lagoon, followed by the 90.1km bike course which takes in the notoriously hot, hilly and windy Lanzarote terrain including the famous leg-draining Tabayesco hill. Finally, the half-marathon takes athletes from the Club La Santa stadium round three laps of the local village.

We caught up with GB pros Lucy Gossage and Will Clarke ahead of the race to find out how their training’s been going and to get their tips for age-groupers about to tackle Lanza for the first time. 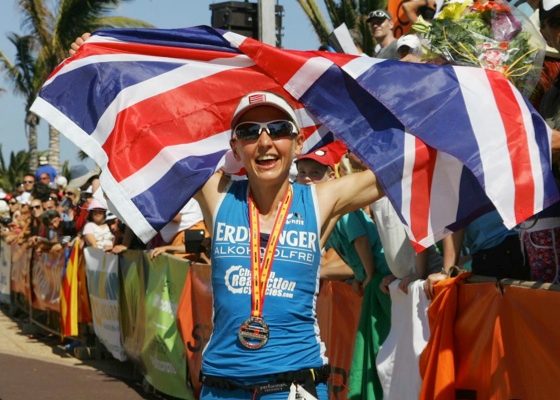 You’re training in Lanzarote at the moment – how is it?

It’s really hot! It’s boiling, which is the reason I’m out here – to try and get used to the heat before Hawaii. So it’s great, but it’s hard work. I’ve got two and a half weeks out here staying at Tri Sports Lanzarote which is a lovely villa run by some friends of mine so I’m being very well looked after.

You’re returning to Lanzarote after winning the full Ironman in April. How does that feel?

It’s kind of weird training and racing somewhere that you’ve already won. You get some happy memories and also the memories of the bits where you were suffering. I think it’s a great place to train though, it’s very tough training out here – I think it really hardens you up and because it’s so hot it’s the perfect place for me to get ready for Hawaii.

Talking of Kona, how is preparation going for your first year lining up as a pro?

I’m really excited. I’ve got nothing to lose. There’s no pressure, no-one really expects very much so I’m going to just go and see what happens and hopefully enjoy it. I think it will be completely different [racing as a pro]. I raced Kona twice as an age-grouper and the first time I absolutely hated it to be honest! I was only there five days, I was on a road bike, I didn’t feel like I deserved to be there and was just kind of overawed by everyone and was completely on my own. The second time I was with some friends and it was much more fun. I felt like I deserved to be there that time. This time will be very different though because more people know me than I know them – and racing as a pro, I can’t pretend I don’t deserve to be there any more!

What are your tips for age-groupers racing in Lanzarote for the first time this weekend?

It’s going to be really hot, so make sure you get your nutrition sorted. If it stays like it is then it’s in the mid-30s, about 35 degrees, so that’s going to be the key thing for most people.

There’s one really big climb so you’re going to need to gauge your effort a little bit on that because you have got a half-marathon to run afterwards – so there’s no point smashing it and then not being able to run afterwards. Like any race – and I’ve learnt this so many times – if you enjoy it then you’ll have a good race, but if you don’t enjoy it you won’t have a good race. I’ll try and stick to that motto myself! 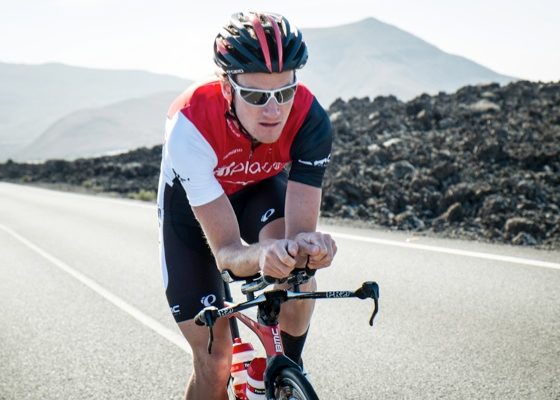 You recently took your first 70.3 victory [Wimbleball] which must feel pretty great going into this race?

Really good! It’s been a great year for us. I’ve had a win and I just got tenth at the World Champs which feels pretty good considering what happened [Will hit a stone and punctured both tyres, losing 2mins on the bike leg], so yeah not bad.

You’ve been training as part of the Uplace-BMC tri team. Has that made a difference?

Yeah, it’s nice to part of something big like that and to feel like you belong on a team. The support is invaluable really – we had the head mechanic from the BMC support team at the race and sports science support, plus all our equipment, so yeah it’s made a massive difference and it’s nice to be a part of it.

Wlll there be some healthy competition within the team?

Definitely, yeah! We’ve already had some email chats just trying to get inside each others’ heads and stuff. There should be a bit of banter, especially with me and Romain Guillaume. He’s a funny man and this is his Island because he won Ironman Lanzarote – so he’s not gonna want to be beaten!

How do you prepare for the Lanzarote course?

I’ve just been out training in Boulder at altitude, so I’m well conditioned for a hard race. We did a lot of climbing out there so I’m pretty fit at the moment. Lanzarote is a hard course so it’s good to have some hills in my legs from Boulder. I think if you’re superfit and you’ve trained, then you can do well here. I spend a lot of time training there [in Lanzarote] too. It’s got everything and it’s a tough Island to train on with the winds. It definitely hammers you. 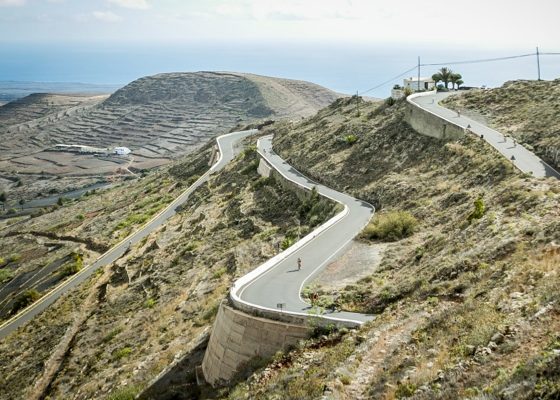 What should age-groupers doing the race for the first time look out for?

I think my main advice for all 70.3s – and especially this one – is to try and back-end the bike so you’re aiming to be just as strong in the second half of the bike as you are in the first. If you get to the second half of the bike and you’re tired then you’ll lose a lot more time than you gained from going super-hard out of the water – so relax, it’s a long race! Also, don‘t go full gas up Tabayesco because it’s a long climb and you can really put yourself in energy debt there. If you do that, you’ll be done for the rest of the race.

You got second at this race last year – what do you think your chances are of taking the win this year?

I think I’ve got a good chance. I’m a much better athlete this year than last year, although there’s a guy called Viktor Del Corral racing who won last year and who lives on the Island. I beat him earlier in the year in Barcelona though, so yeah, I think I’ve got a good chance. I just want to hold onto my form from the World Champs as I was in really good shape then. I want my second chance of the year at a win in Lanzarote!

220 will be out at Club La Santa following the race, so check back for reports post-race and read our updates on Twitter by following @220triathlon. Plus, go to www.ironman.com for live coverage and race information and visit www.clublasanta.com to find out about training camps at the resort.