Duffy recovers from a hard crash on the bike to take her first win, while Ruzafa claims third Xterra Worlds title after superb season

Flora Duffy (BER) battled back yesterday from a hard crash on the bike stage of the Xterra World Championship in Hawaii to claim her first win, while Spain’s Ruben Ruzafa took his third gold in the men’s race.

Duffy, who finished third last year, said afterwards she crashed so hard she has “no idea” how she got back on the bike: “You know how it’s a steep gnarly decent, I hit a root awkwardly and just flew into the trees head first with the bike on top of me. I was lucky I landed in the bushes. Then, five minutes later I had a mechanical. It was a hard day out there.” 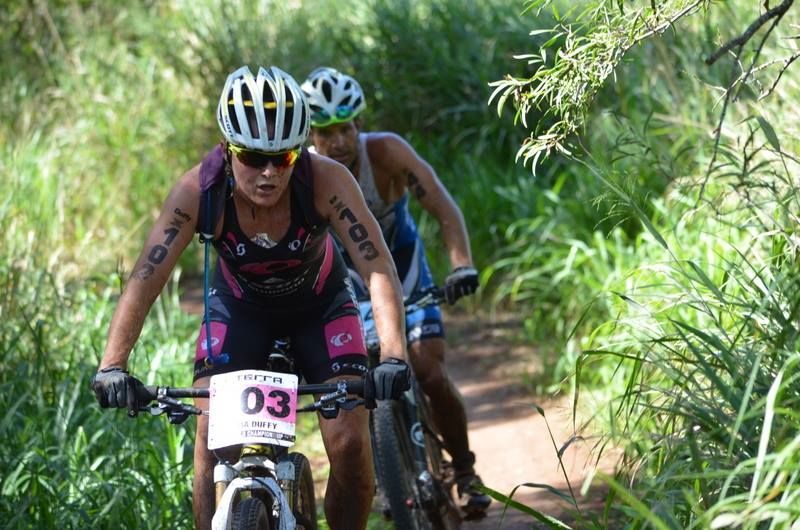 Last year’s winner Nicky Samuels (NZL) stayed close to Duffy during the 1.5km open-water swim, before losing sight of her shortly into the 30km off-road bike section. Chile’s Barbara Riveros, who came fourth last year, overtook Samuels on the last descent of the bike and held her lead on the 9.5km trail run to take silver.

Britain’s top finisher in the women’s elite race was Jacqui Slack, who finished ninth. There were no female British winners in the age-group races – Canada’s Brittany Webster (F25-29) was the top-placing amateur, finishing 17th overall. 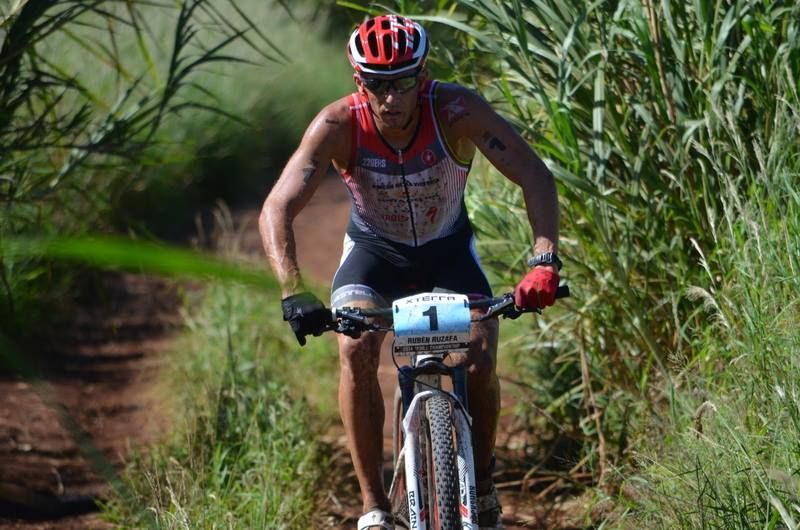 In the men’s race, Ruzafa came out of the water less than one minute behind the leaders and made all that up and more to take the lead on the bike by the 10km mark when he passed the other 11 riders in front of him and finally Ben Allen (AUS). He also managed to build a 50sec lead over Josiah Middaugh (USA) going into T2, which proved enough to deliver the win, with Middaugh and Allen taking silver and bronze.

“I feel great, it’s incredible,” said Ruzafa afterwards. “Today, I knew it was going to be hard because Josiah was really good. I am surprised because I swam very well… but Josiah did really well in the ride, and running of course he was very fast. So, it wasn’t until the end of the course that I knew he was not there.”

There were no British men in the elite top ten, with other notable finishes including a sixth place for Bart Aernouts (BEL), who was racing the Ironman World Champs in Kona two weeks previously where he finished ninth. No British men won their category in the age-group races, with France’s Guillaume Jeannin (M30-34) the top amateur finisher, placing 20th overall.

Did you race in Maui last weekend? How did you get on? Let us know in the comments!