One of the most exciting developments in the road and tri-bike world has potentially been announced at Eurobike 2016, via renowned bike brand Argon 18.

With a working title of ‘Smartbike’, the system can connect numerous sensors to the rider to give a huge amount of information about position.

The data can be downloaded and your optimal aerodynamic position on the bike determined: this can then be used to actually fine-tune your position while riding to make it the most aerodynamic, in effect replicating wind tunnel data in real-time. Though developer Marc Graveline says this in no way negates the importance of bike fit (more so that Smartbike is designed to be an extension of a bike fit to further fine-tune your own body’s position on the bike) it does mean that data you could only gather in a wind tunnel can be accessible to the public. Smartbike can also calculate other metrics not relating to aerodynamics, including heart rate variability, lactic acid build-up and body temperature. 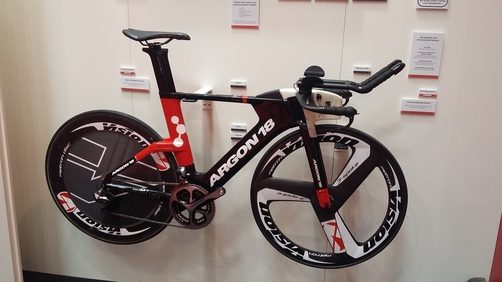 Graveline told us there is no release date as of yet, but the price will most likely be akin to a high-end power meter. When it does hit the market Argon 18 are exploring options to sell it as a stand-alone product as well as integrated specifically into Argon 18’s bikes.

Elsewhere, 220 noticed a trend for brands building do-it-all bikes for road and tri – two notable examples were the Kuota KT3 and the Bergamont Prime RS Tri. The Kuota KT3 bike on display had just drop bars attached, but the frame is TT-like in its geometry. Kuota tell us it’s their ultimate solution for a do-it-all aero road and tri bike, and you simply need to attach an aero rig to make it as capable as a dedicated tri bike. 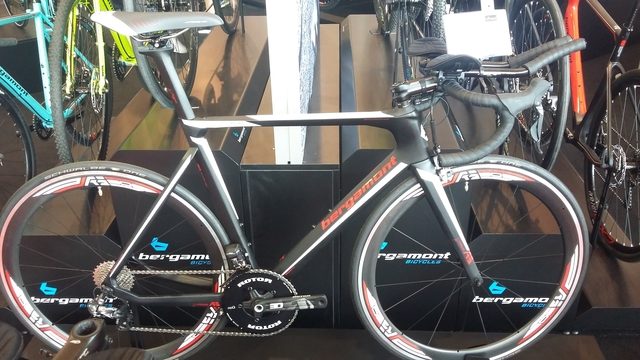 The Bergamont Prime RS, however, comes with clip-on bars already attached, and while not having such an aero geometry is fully ready to go with no extras needed. The bike will retail for 3999 Euros, and we’re told the brand, who are massive on the continent, are exploring the idea of expanding their UK operations.

Tucked away on a smaller marquee at Eurobike was fledgling British brand Flaer, who have developed a patented self-lubricating chain system. 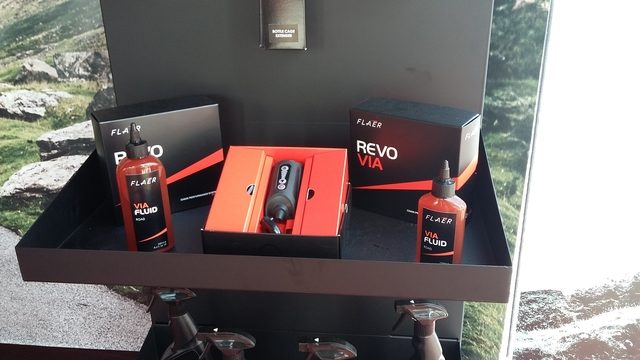 The logic is that during a ride, your chain’s lubricant will start to have less effect than during the first hour of riding and power is lost from the extra friction – this is where Flaer’s chain system comes in, as the specially designed lubricant is pumped out in micro-doses via a vessel attached to your driveside (in a similar place to where a cadence sensor would go). To clean your chain after you simply rinse with water, as the formula is light and doesn’t stick.

Flaer tell us the system is set to retail at £250, with the rolling cost being the lubricant itself that will be a similar price to others on the market. The brand are in discussion with bike manufacturers to potentially have it integrated onto bikes at point-of-sale, and we think the product could have an interesting future off the back of its potential to save power by improving the workings of your chain while you ride.

We’re bringing you all the latest tri gear and tech news this week from Eurobike – look out for our Eurobike feature in issue 331 of 220 Triathlon, on sale in October