We speak to Gary Smith, one of 80 triathlon newcomers recruited earlier this year by university lecturer Dr. Justin Roberts to undergo an intense training programme and complete the Challenge Barcelona long-distance event taking place on 6 October.

Despite its gruelling nature, performance and nutrition expert Dr. Roberts of the University of Hertfordshire hopes that all 80 test subjects will complete the event, which involves a 3.8km sea swim followed by a 180km bike leg and then a 42.2km run.

Hi Gary, first off how is the training going?

Training has been going really well. I have had a few niggles towards the end, but as my friend Andy Holgate (author of 'Can’t Swim, Can’t Ride, Can’t Run') would say, “It’s not a knitting club!”.

I’ve been a Pirate for about two years now but they say you’re not really a true Pirate until you’ve done an Iron distance, and having only previously done short distances, I now know why.

I haven’t been this susceptible to every passing virus since childhood!

I managed to damage my Ulnar nerve on my last 100-mile bike ride about three weeks ago, which caused my hand to “claw”, but with acupuncture and rest it’s on the mend and I should be fine on the day.

I also managed to pick up whooping cough (of all things) during the summer, so I will be monitoring my breathing and heart rate very carefully on race day.

On the plus side, I managed to run a half-marathon PB two weeks ago at 2:02:32, regularly swim the distance under 90mins and my century rides are around 6:30hrs so I have been hoping to finish in around 13hrs.

But as I get closer, with the minor setbacks, I’m now just hoping to have a safe but enjoyable day – no, wait that’s rubbish, I still want to finish in around 13hrs!

What inspired you to get involved in this project? 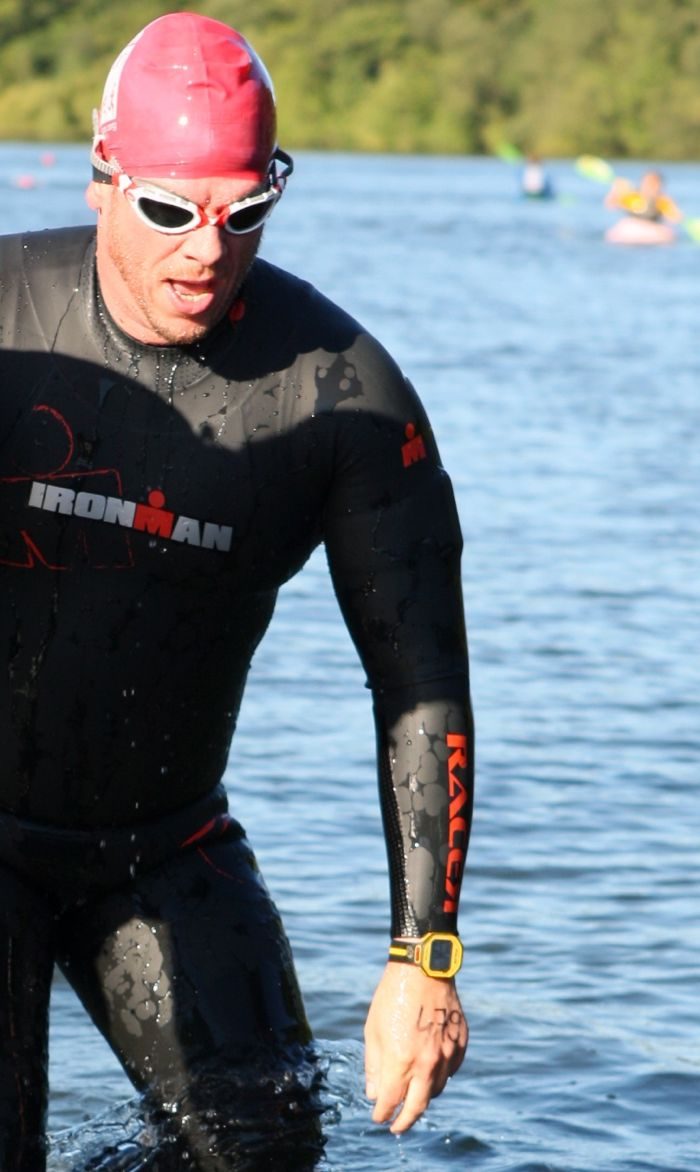 Secondly, and less successfully, I had hoped to finally get a six pack… The closest I’ve got to a six pack so far is buying a case of Erdinger Alkoholfrei Bier (it’s isotonic you know) in the Sainsbury’s beer free beer aisle!

I didn’t start with triathlon straightaway, I did the gym thing initially before starting to train at the Enfield Tae Kwon Do club, and then eventually deciding to train for a marathon.

When the opportunity arose to apply for this study and “go long” in my 40th year, I jumped at the chance to earn my "Pirate stripes” in a very unique way.

What have you found to be most effective in terms of your preparations?

That’s easy, it’s been a combination of having a great training programme with a varied schedule (I now love yoga!) and the support of my family.

I have truly turned their world upside down for ten months, and yet they continue to support me regardless, although the wife is now insisting on getting the dining room back, which I now fondly refer to as T2.

Personally I don’t see the problem with having Christmas dinner on the bike?!?

It is quite an unusual idea to take a group of people who are not used to endurance sports and prepare them for something so challenging within a year. Do you think it can be done? 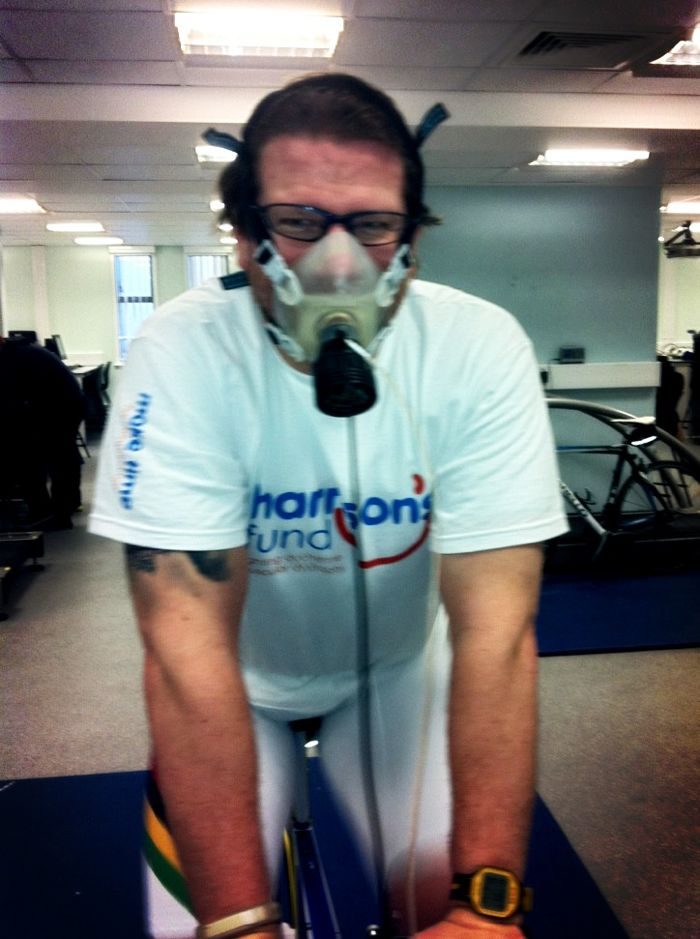 We’re like a family, we’re stronger together because of it, we help and support each other and train together on some weekends.

The coaching, laboratory staff and support we have received from the University of Hertfordshire has been amazing; in fact my son starts at the university this year, and I have no doubt he has made a great choice for furthering his education.

Why have you chosen to use this as a platform to raise money and awareness of the charity Harrison's fund??

It was as part of this study that I met Alex, dad to seven-year-old Harrison, who suffers from Duchenne Muscular Dystrophy.

Alex is a lovely, lovely man and a caring father whose story inspired me to help; we’ve since become firm friends, and I help out wherever I can in addition to my day job.

When all is said and done I am just a fellow parent who can’t imagine what it must be like to know that your son is terminally ill and suffering with a life-debilitating illness for which there is no cure.

Duchenne Muscular Dystrophy is 100% fatal – every pound, item secured for auction or equipment donated to our efforts means more money for Harrison’s fund, which means more research, which means more chances that one day another family won’t have to suffer.

Harrison wasn’t diagnosed until 2011. DMD affects approximately one in 3,000 and despite our efforts, this won’t save him. He’ll never be able to complete an Ironman, but his dad and I will.

Has this project given you a taste for endurance races? Will you be doing any more?

I wonder if the wife will be reading this….?

I’d love to do an Ironman-branded event, and growing up in Durban, South Africa I still have unfinished business in the form of Comrades!

Then there’s the Three Peaks, London to Paris, Coast to Coast, and Kilimanjaro, and Everest Base Camp and the Polar Marathon and…

… there’s also a rumour circulating that Dr Roberts is reaching out to Ironman race directors globally with a view to allowing Alex to participate with Harrison supported by a team of us, so stay tuned! 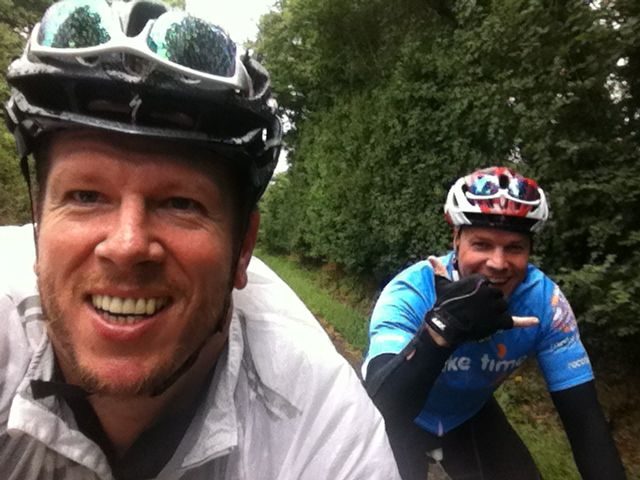 More information about Harrison’s Fund and Gary’s fundraising can be found at http://mydonate.bt.com/fundraisers/eightyshades