The Enduro Challenge is a 500km team relay triathlon that covers 160km of running, 40km of channel swimming, and 300km of cycling to raise money for charity. As well incredible organisation skills and an ability to resist sleep deprivation, it requires a team of six athletes light enough to run and cycle fast, but tough enough to swim the cold channel waters without wetsuits.

As defending champions, we had been working hard to condition ourselves and claim victory again in 2014. The race started really well with our team building an 18min lead on the 160km run, but then owing to a race director mishap on the swim (which was altered), we were beaten by 26mins on the bike leg by a very talented Credit Suisse cycle team, who took the overall victory by 8mins.

The Run – Victory for Accenture 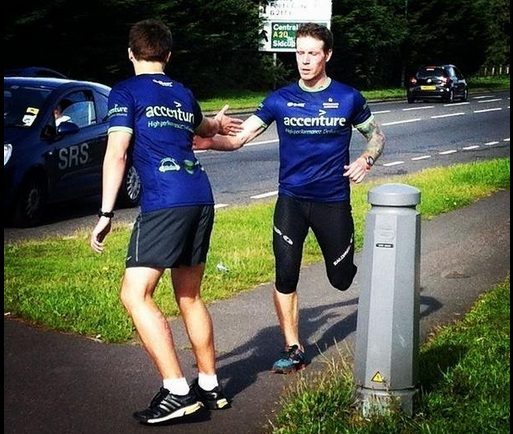 Setting of at 8am from Tower Bridge, our speed demon James took the lead and built a 6min lead over his 10.5 km section. It was then my turn and I covered my 12.5km section in 47mins, before handing over to leg three runner Nick. Nick, Tory, Mike and Harry all added a little time to build a total lead of 14mins by the end of leg six at 75 km.

On to leg seven and up into the North Downs for each team member to navigate tricky trails on tired legs. James put in an absolute blinder to extend our lead to 21mins! I then handed 3mins back to our closest rivals Credit Suisse whose runner Martin got the better of me on our second bout! From this point on they maintained an 18min lead all the way to Dover. This is the first time team Accenture have won the run leg and to do it so convincingly was a massive result! Go team! 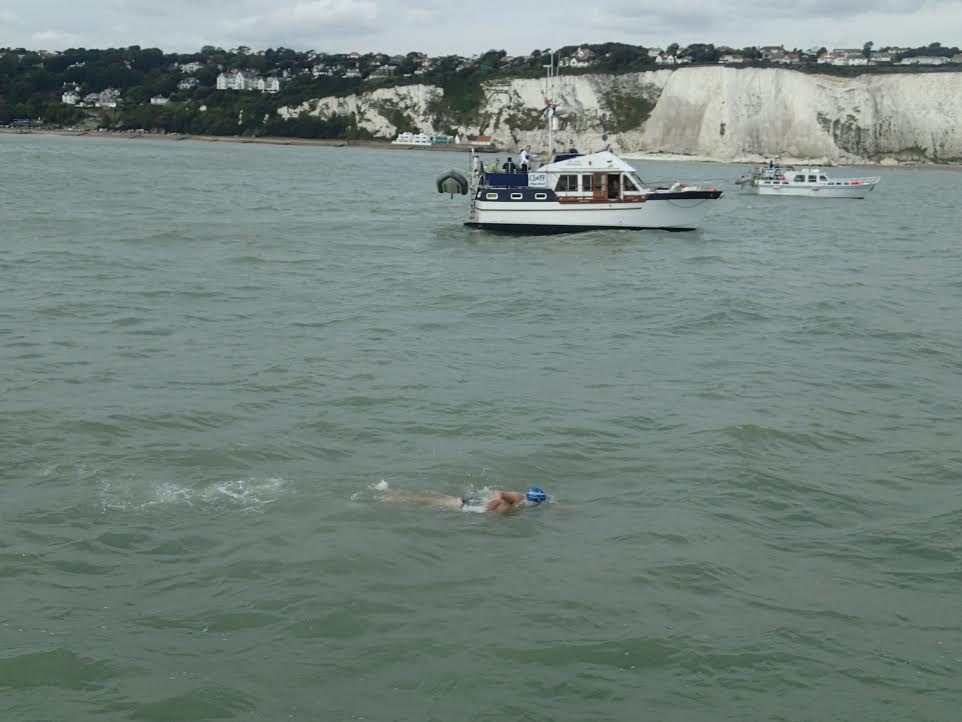 With the channel being hammered by gale force winds, our intended crossing was cancelled and we were forced to overnight in Dover and hope for better weather on Saturday. With no real improvement the next day, we were resigned to a 12hr, maximum-distance-covered coastal swim. However, our channel pilot had not been made aware of this by the race director and assumed it was a 36km point-to-point coastal swim to match the distance between Dover and Calais. Without the correct instructions, our boat took a different course, putting our swim superstars Tory and Mike in the chop for 2hrs whilst the other boats took their swimmers into calmer, more tide-assisted waters.

After 3hrs I jumped in and put in a solid hour of swimming out to sea, crossing and fighting the tide whilst the other boats had ridden the tide miles north. By the time that our fifth swimmer James jumped in, we knew that our race was shot. Nevertheless, it was a nice day for swimming with 17°C water and some nice chop to test technique, so when the sun was setting each swimmer dived in for their second hour and continued to work hard. All teams, whether on the correct course or not, had exerted the same effort by the time we took to the bikes in France.

The bike – victory for Credit Suisse 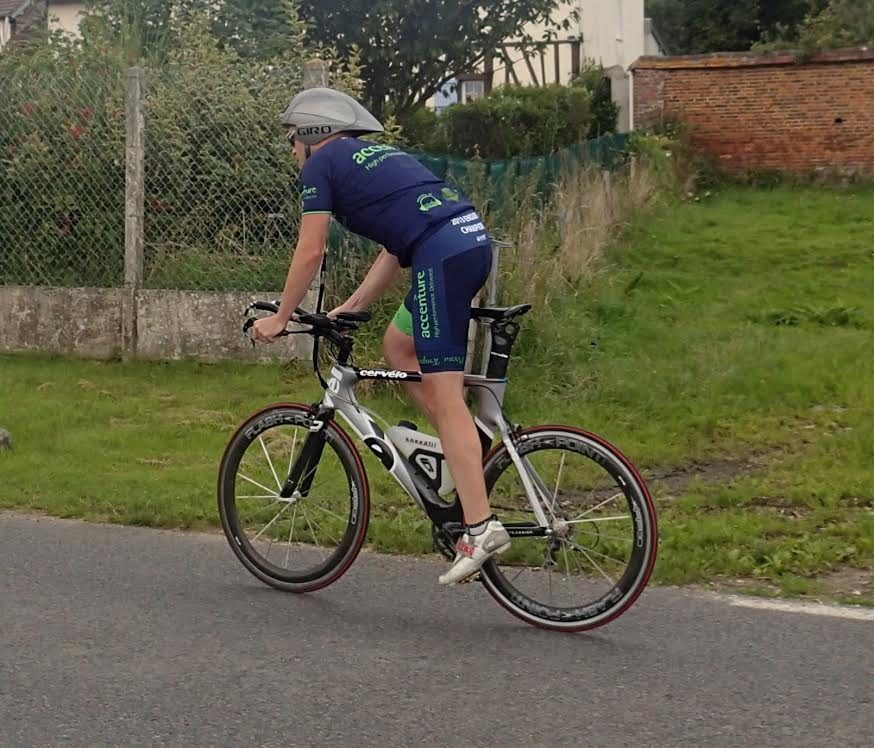 Once in Calais the team headed over to the bike course for a 5am start. Still pitch black, James set off first and did exceptionally well having never ridden the course to only lose 2mins to Paul from the Credit Suisse team, holder of the course record and three-time Enduro Challenge survivor.

The second leg was my job, and with the sun rising I used the next 45km to stay crash-free and fast, pulling us back into the lead by 30secs and setting a course PB before handing over to Harry. Over the next 150km, Harry, Tory and Nick did a great job riding routes they hadn’t covered before, but the experience and impressive cycling strength of Credit Suisse prevailed and by the changeover to leg six, we were 25mins behind. Credit Suisse now had the overall lead. Never one to go down without a fight, team captain Mike took to leg six with a vengeance – smashing the hilly 50km course record with an average speed of 38kph!

Overall, Enduro 2014 was a great race: Team Accenture did an excellent job to beat closest rivals Credit Suisse on the run, but with the swim race altered, the superb strength of Credit Suisse’s cycle team prevailed to give them an 8min lead, so huge congratulations to them for that. Team Accenture are obviously disappointed to be beaten in the swim; but hey, there will be another race next year.

Whilst the athletes do the running, swimming and cycling in the Enduro Challenge, the hardest work is actually done by the unsung heroes of Enduro, the support teams!

So to Katy: thanks for keeping your cool and coordinating everything. To Chloe, Tim and Dom, thanks for keeping team morale up and energizing tired athletes, and Rabah… thanks for inflicting so much pain on the massage table! And finally to one of our main supporters, Pulsin – thanks for providing the team’s nutrition. Those Vanilla Choc Chip protein bars disappeared awfully fast. Who would have thought vegan sports nutrition could be so tasty!

The Enduro Challenge takes place in August or September of each year and is open to teams of six from any organisation. It aims to raise money for the charity of your organisation’s choice and over its 10 year history has raised over $1 million. For more information please contact responsibleracing@gmail.com.