The luxury Bahamian Island House Hotel and the private island of Highbourne Clay will host the Island House Invitational Triathlon between 6-8 November, and will test the world-class field over a number of race formats over the three-day event.

The event will mix ‘short-course speed with long-course endurance’, with a short individual time-trial taking place on day 1 (500m swim/8km bike/2km run) a draft-legal multi-lap race on day 2 (three laps of 500m swim/13km bike/3.3km run) and finally a non-drafting sprint-distance race on the last day. The prize purse is one of the largest ever offered for a triathlon event, and is rumoured to be in the region of $500,000.

The two races on Highbourne Clay won’t be accessible to the public and the entire event is strictly invitational, with the confirmed start list so far reading like a who’s who of professional triathletes. Javier Gomez, Gwen Jorgensen, Richard Murray, Mirinda Carfrae and Tim Don are all confirmed amongst the 19 athletes invited to race. 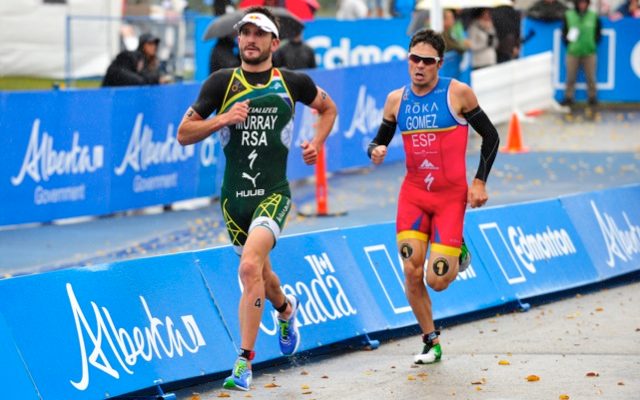 Mark Holowesko, the financier behind the race and owner of the Island House Hotel in Nassau, has devised a cycling-influenced structure to the huge prize-fund, which will include leader’s jerseys for fastest swimmer, cyclist and runner individually and an overall male and female winner’s jersey at the end of the event.

Pro triathletes Beth Gerdes and Luke McKenzie are the directors of the race (McKenzie is racing himself) with Gerdes telling Triathlete.com that the prologue stage being held on Nassau was a compromise to allow them to host the rest of the event on the private island of Highbourne Clay:
“Stage 1 will be held on Nassau at the Island House, and Highbourne Cay is a remote island in the Exuma chain, which would make spectating the entire event difficult this year unless you have a sailboat or sea plane – although it will definitely make for good TV!”

There will be social media coverage and live tracking of the races as it happens, and the event will be televised in January 2016.

You can find out more about the event at www.islandhousetriathlon.com