More famous for its town bikes than its pure-bred racers, the brand of double-Olympic track champion Victoria Pendleton has launched its very first road bike, the appropriately named Initial.

It might not be flashy, but for women who’ve been bitten by the cycling bug or those doing their first triathlon, the Initial is a solid choice. With an RRP a penny shy of £400 it represents very good value for money if you’re looking for a machine to start on.

Like the other bikes in the Pendleton range, the Initial mimics retro styling. Yet it’s aimed at those who want something equipped for more serious riding, while still being aesthetically pleasing to the eye. The paint job is smart but understated, and has definite undertones of classic bike brands such as Flandria.

The alloy drop handlebars with combined brake and gear shifters offer the novice rider more stability and comfort when changing gear, as you don’t have to move your hands very much. The Shimano Claris shifters are generally smooth and, combined with the eight-speed rear cassette, provide 16 gearing options. Even in these heady days of 22-speed groupsets, that should be enough to get you up all but the steepest inclines. Plus, you could always upgrade the groupset and components down the line as your tri career progresses. 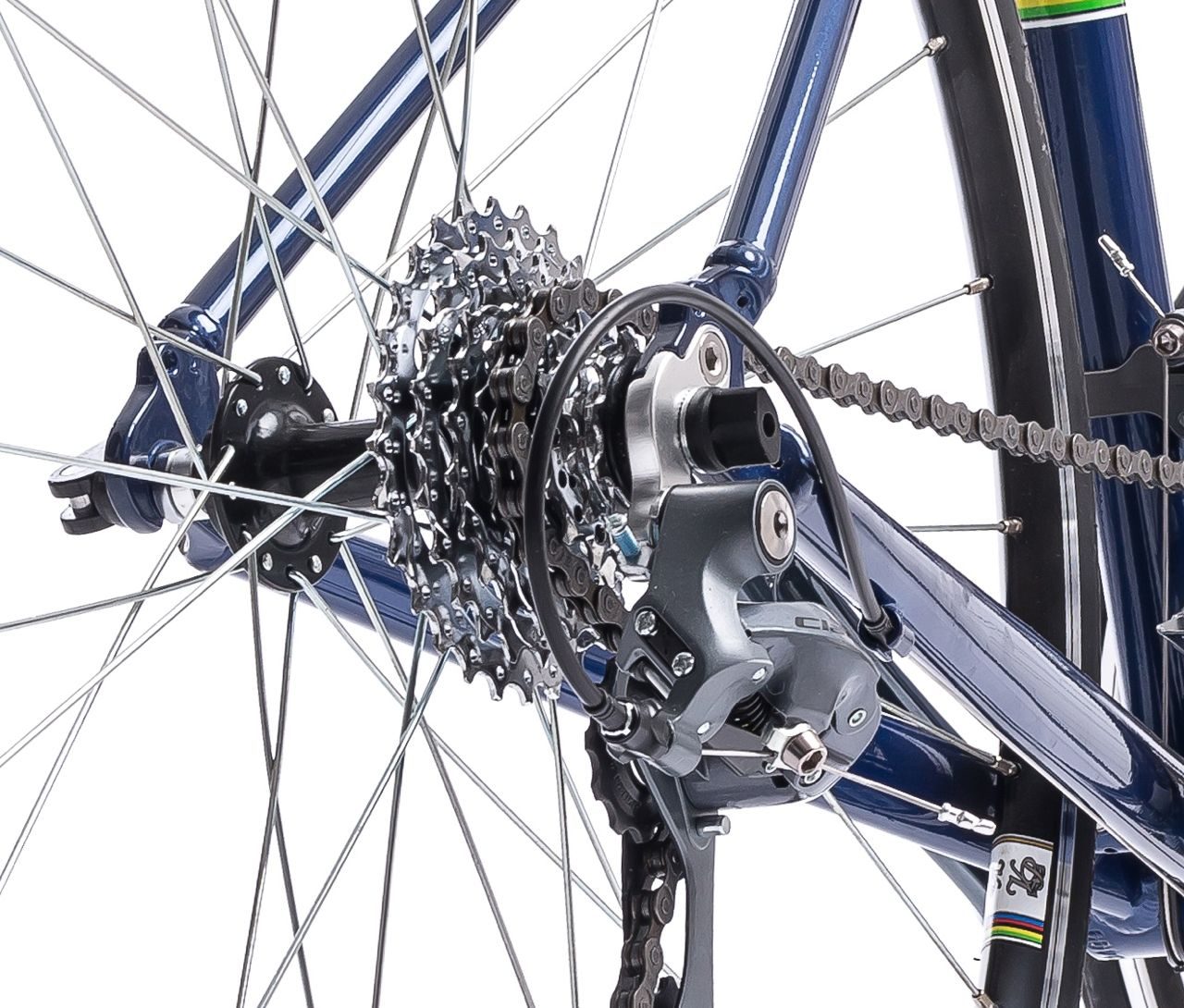 The build is pretty heavy at 11.5kg, even compared to other bikes in the same price range (especially so considering how small the frameset is). But it’s not excessive, and you won’t find yourself grinding up any hills through gritted teeth. However, it can be hard to handle on technical sections and can occasionally feel a bit unstable when you’re out of the saddle – which will be more noticeable if you’re coming from a men’s road bike and getting used to the female-specific geometry.

At the front end, the chromoly forks do a decent job absorbing the road surface, making the Initial a comfy ride even on the lumpiest of Lancastrian roads. That comfort makes the Pendleton a good companion on long rides, too. The frame itself is a good investment that’ll stand up to the rigours of training well and, with a couple of upgrades, would make a respectable winter bike. 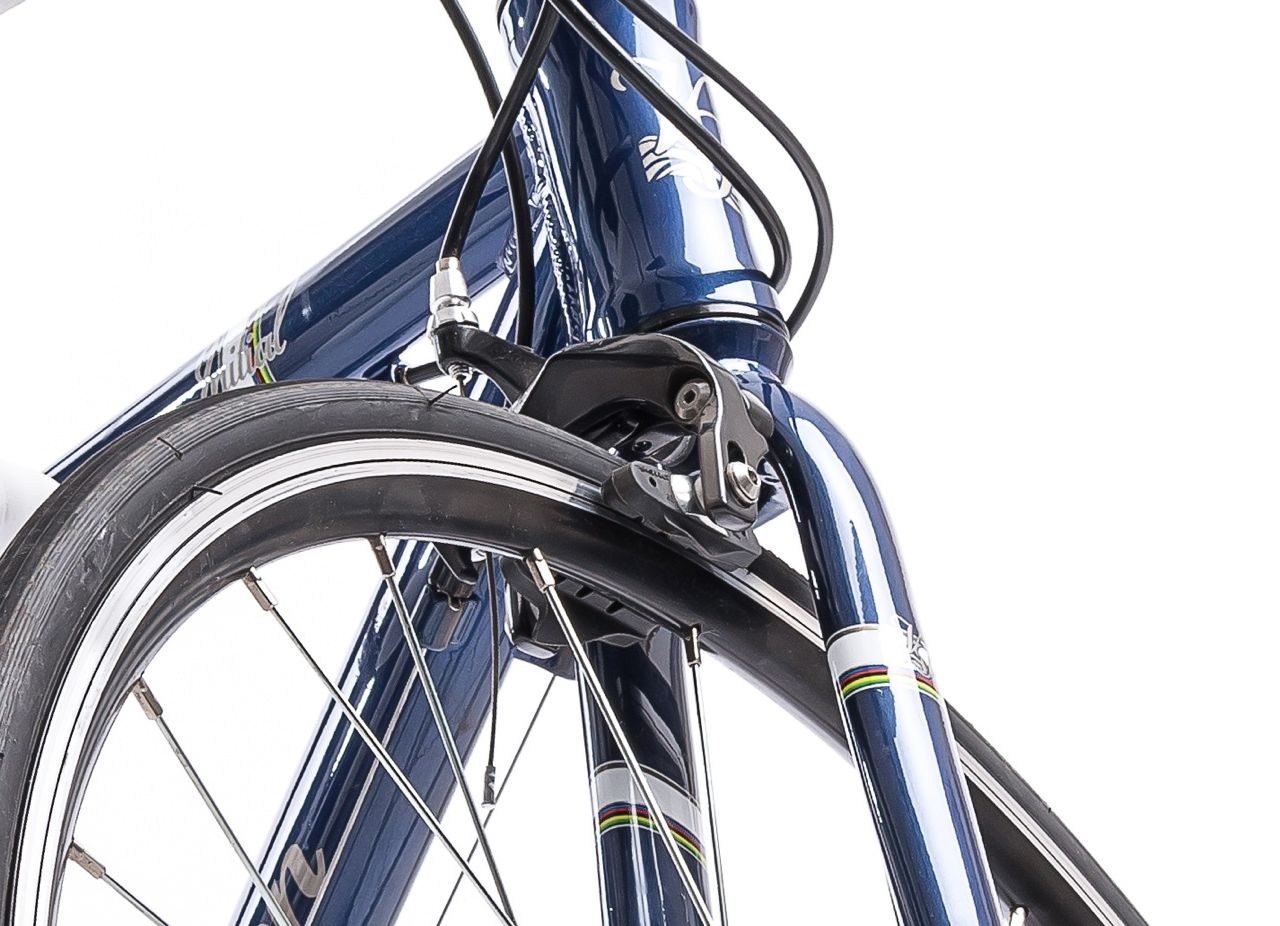 The chromoly forks do a decent job of smoothing out road surfaces, making the Initial a good choice for training and long rides

The own-brand matching saddle is well padded, which makes it ideal for new riders or commuters as you won’t have to wrap up so much that you’ll look like you’re wearing a nappy. The unbranded wheels are the weakest part of the build – base-level generic offerings – and would be the part you’d look to change first.

On the whole, the Pendleton Initial provides a smooth ride and it certainly wouldn’t look out of place in a triathlon. It’s perfect for women who want a commuter bike or a bike to use as an introduction to road cycling. The one main downside is that it’s only available in small and medium sizes, which usually equates to anyone 5ft7in and under. So if you’re a taller woman you’ll miss out; if not, we think you’ll find the Initial a satisfactory bike for the money.