Giant has been one of the companies at the forefront of women-specific bike design for a number of years, and the development of their standalone women’s brand Liv shows the company’s ongoing commitment.

They sponsor several of the world’s top pro athletes and teams, with former ITU world champ Helen Jenkins sitting atop their bikes and Marianne Vos, arguably the finest cyclist of her generation, riding for Rabo-Liv for another season.

Designed with the world’s fastest female riders in mind, there’s a certain expectation of speed at play on taking the Envie Advanced Pro 1 out for a spin.

And those expectations aren’t hurt any by the sleek lines of the matt black frame and the aero wheels – this is far from being a girly bike.

First impressions didn’t disappoint, with an effortless surge off the traffic lights leaving ride partners struggling to catch up.

A long, exposed straight showed just how light the bike is, and how a relatively small gust of wind can create some instability. So it’s definitely a bike best-suited to confident riders who won’t be fazed.

Taking it out around one of our favourite test loops, a popular local TT course, it was clear just how much speed there was on tap. 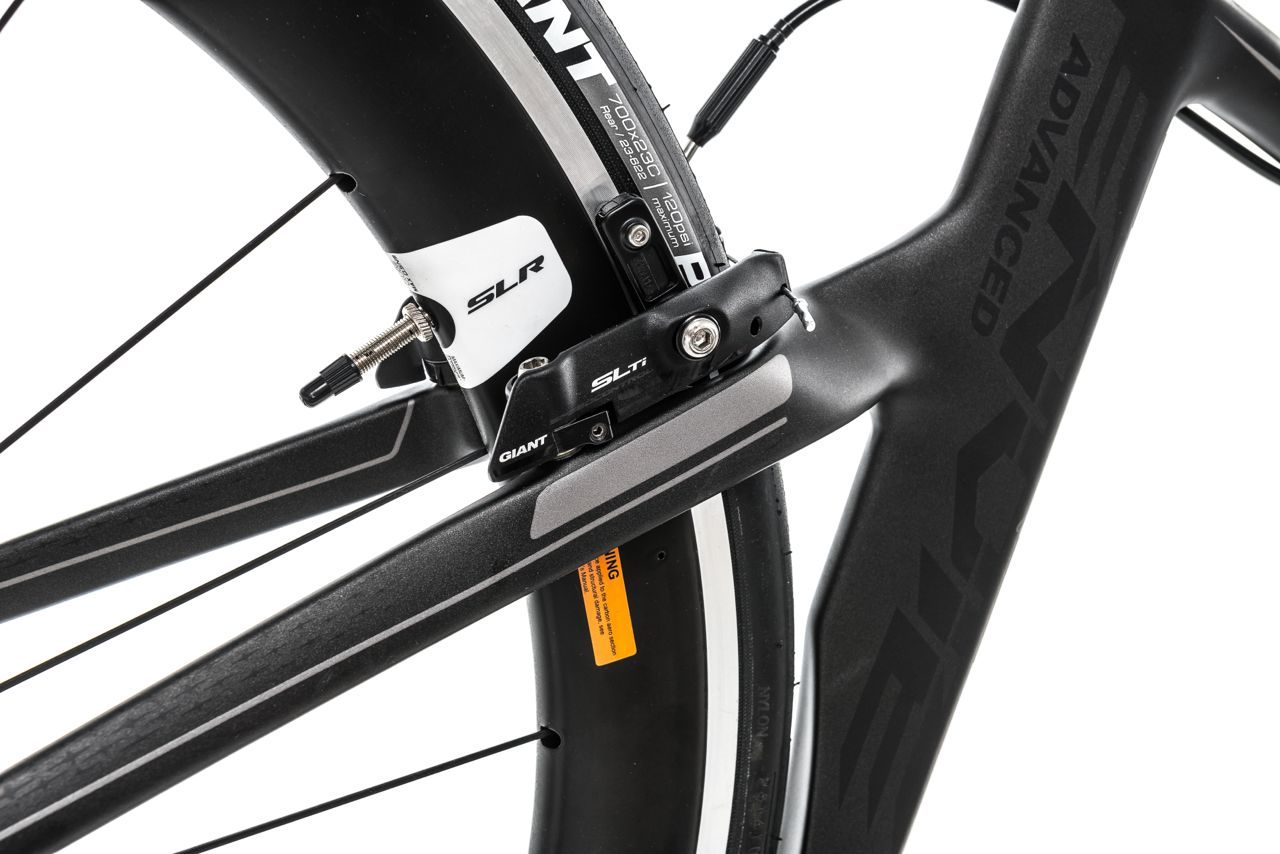 We were impressed with the superbly responsive SpeedControl SL Ti brakes

Every watt of power coming from the legs seemed to transfer into forward momentum. Climbing was a breeze with the incredibly stiff and light frame, and descending was solid and confident.

Handling was smooth and reliable, with a light touch but good stability (aside from the minor wind issues). One of the most noticeable and unusual things was a feeling of almost being sat within the frame, rather than perched precariously on top.

This led to excellent feedback between bike and rider, and added confidence and comfort (the latter especially important for brick sessions and tri race day). Around the test route/TT course, we were on track for an easy new PB, even without a flat-out effort, proving the bike definitely isn’t just a pretty face.

There’s no skimping on the spec: the Ultegra Di2 was smooth and reliable, while the Giant SpeedControl SL Ti brakes were an absolute revelation, slowing and stopping swiftly and with minimal effort.

If there was one complaint, it was the brake lever positions – a long reach for even average female hands, so it was a positive thing that the brakes only required a light touch. It did result in some discomfort though. 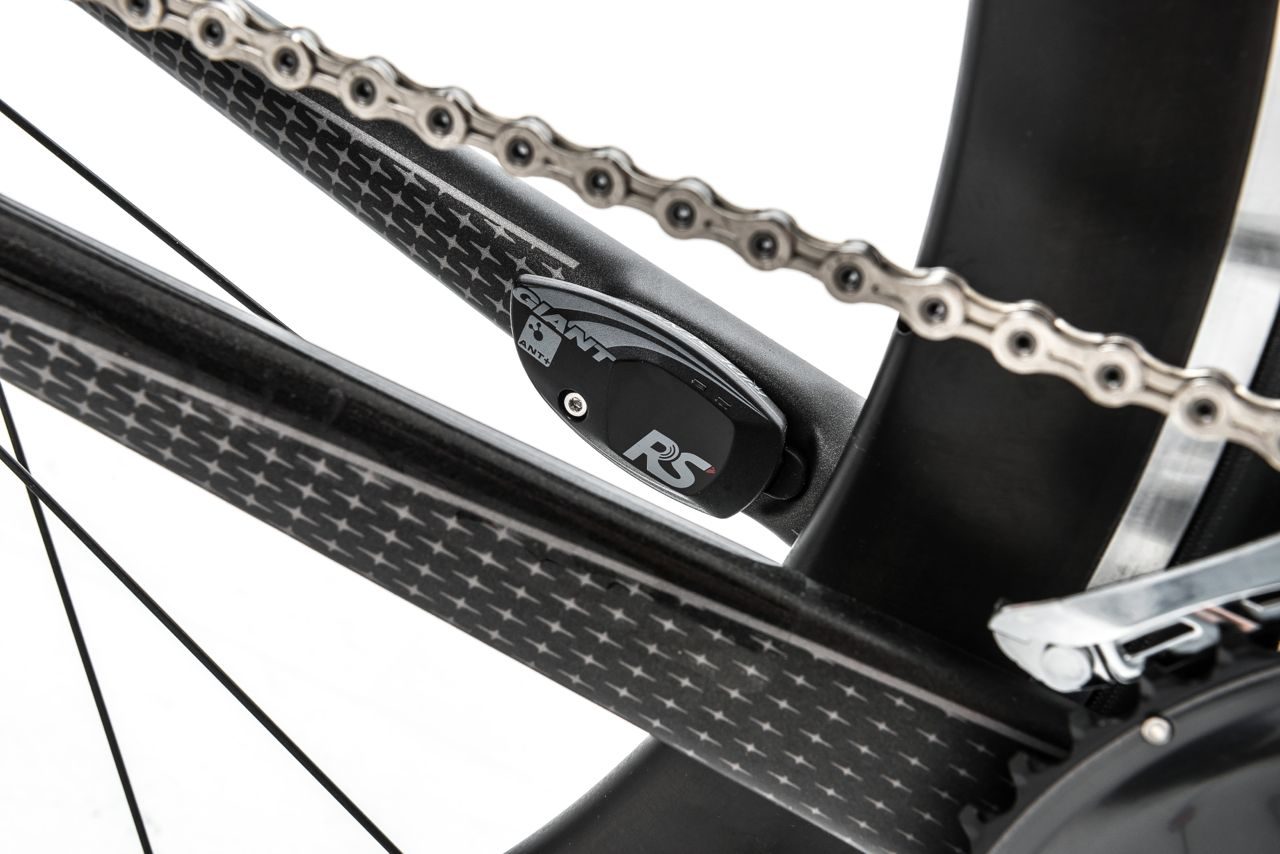 On-board extras include Giant’s integrated RideSense, a wireless data transmitter that can send wheel-speed and cadence info directly to any ANT+ compatible computers

The wheels were light and fast, but thankfully delivered less road buzz than we had feared, while the bars were comfortable in a variety of positions. We had to cut off quite a lot of seatpost to allow the saddle to be low enough, but this was straightforward with the right tools. 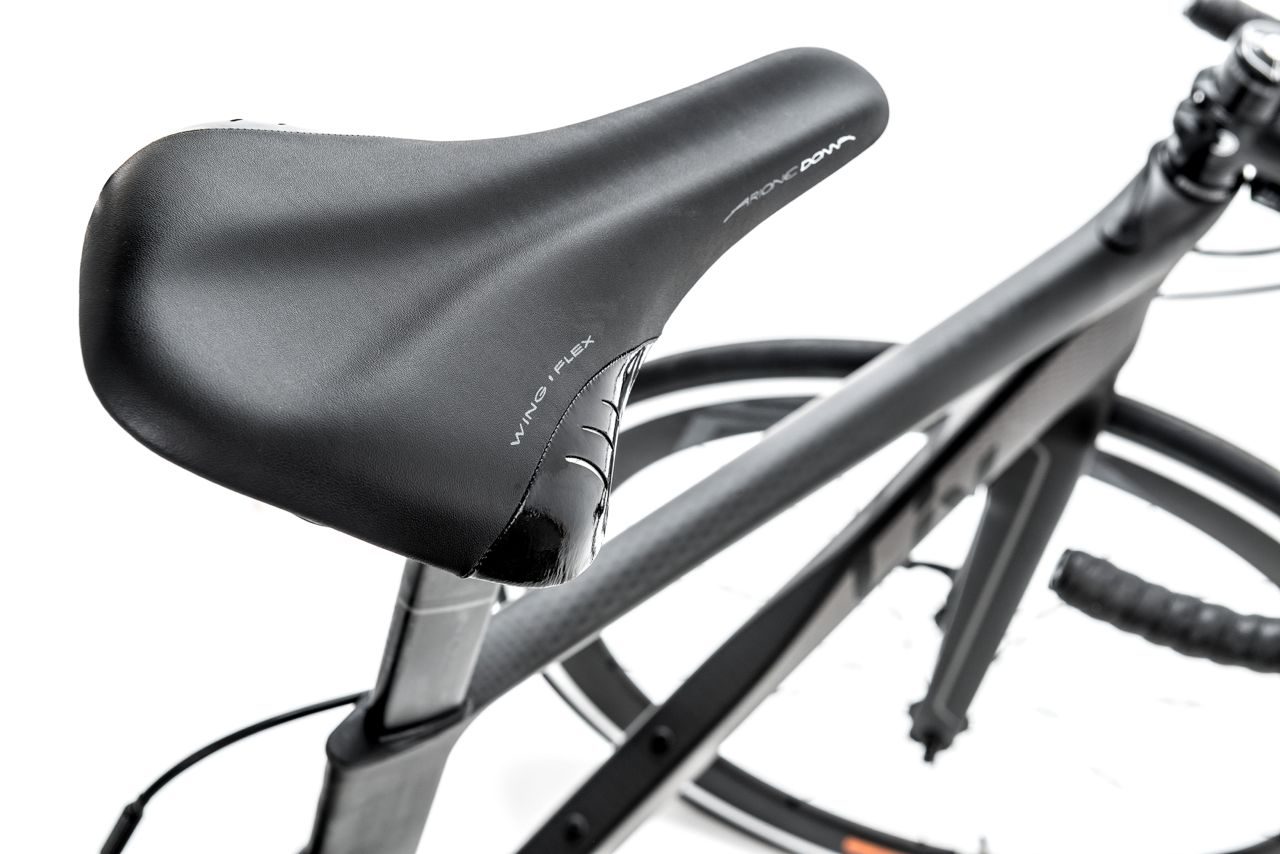 Overall, the lightweight build, excellent frame, superb power transfer and confidence-inspiring geometry is enough to recommend it to all female riders with PB-busting aspirations.

Verdict: Sleek, superbly fast and responsive bike; well-designed for female riders with a PB in mind, 91%