Arriving in Fuerteventura for the launch of the 2015 Orca range, it’s windy – very, very windy. So windy in fact that you can see why triathletes choose the Playitas resort to bash out some serious training for the season ahead.

Luckily for us though, we’re here to see what Orca has up it’s neoprene sleeve for the season ahead – and with a 50m Olympic pool and the sea on hand to help us test the kit, as well as Orca athletes including Sebastian Kienle, Non Stanford and Phil Graves here to train and talk us through what’s new, 220 are in for an exciting couple of days.

Orca start their 2015 launch by telling us “we want to deliver confidence to our athletes. Both to reach their goals, but also to try”, and their mission is to make sure that professional athletes and age-groupers alike can benefit from the same technology and product development. So what’s new?

Orca have divided their triathletes into two categories: those that are strong natural swimmers and would prefer not to wear a wetsuit, and those that want the support and benefits a wetsuit can offer. This has driven the thinking behind key new updates and although there is some crossover between the different models, there are also marked differences. 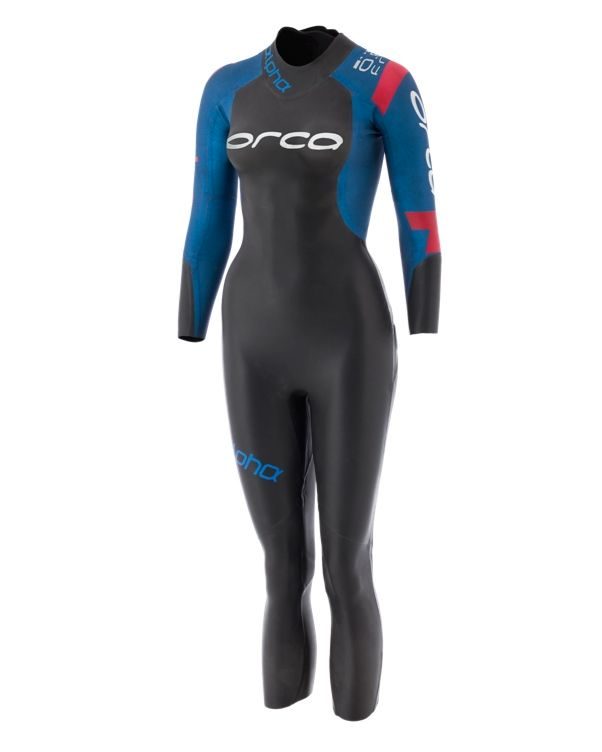 First up is the new incarnation of the Alpha. The aim is to give ‘total freedom’ and as such, the suit is light and designed to offer Orca’s best no-wetsuit feel. They want it to offer freedom of movement, a good feel for the water, fatigue reduction and speed. The new Alpha features a graduated collar with a gradiant of pressure from bottom to top to avoid restriction around the neck and 5mm exo-cell buoyancy ‘dots’ across the back to lift the lower part of the body slightly should it be needed.

Key to this suit is a new 0.88mm Free fabric used on the arms and shoulders. This is made up of 0.5mm neoprene backed with a layer of titanium alloy for warmth and then the lining. So thin is this material in fact, that it cannot be sliced in manufacturing and instead has to be compressed. Orca claim this gives unrivalled flexibility and forearm feedback in the water. In testing, Orca tell us the new Alpha gave a 1sec/100m speed increase against the previous version. 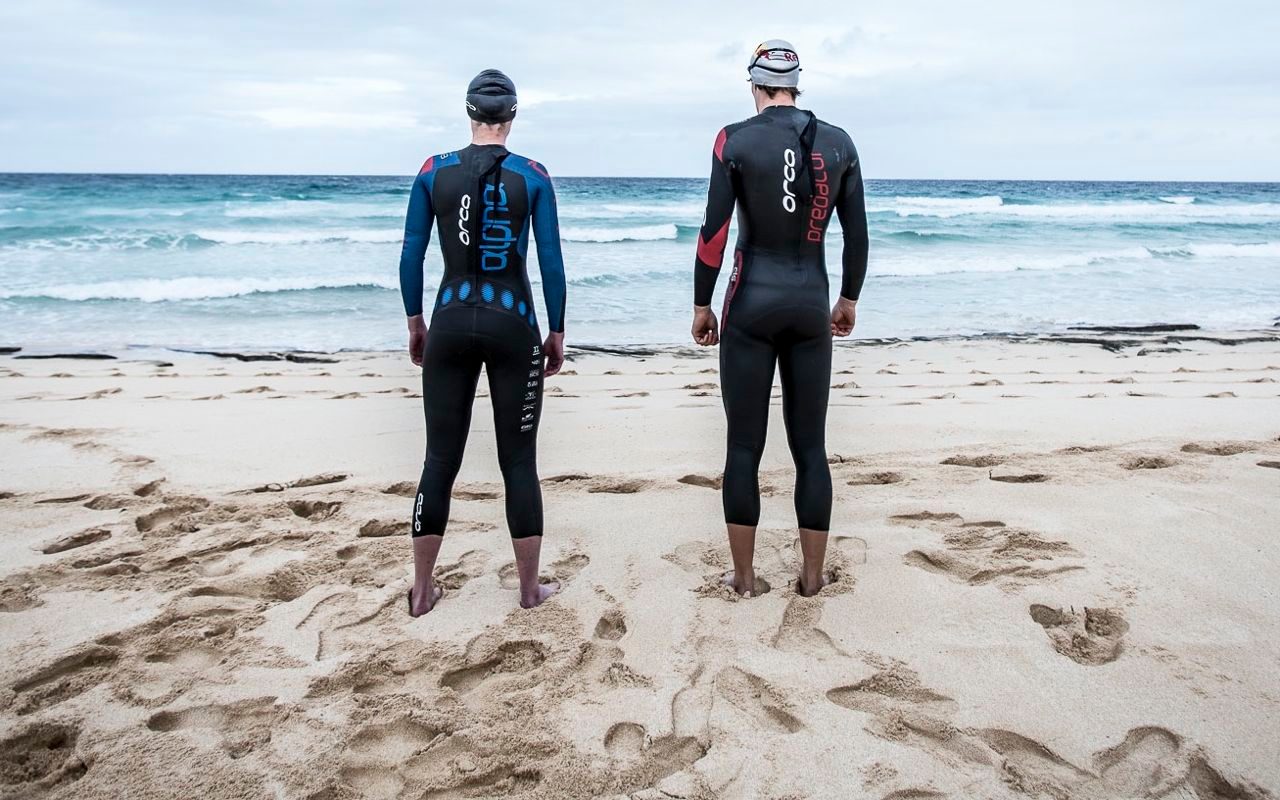 The next suit in the range to see an update is the Predator. This suit is aimed at triathetes who need a little more support and technique correction. First up it benefits from the same gradiated neck and and 0.88mm Free material on the arms and shoulders. 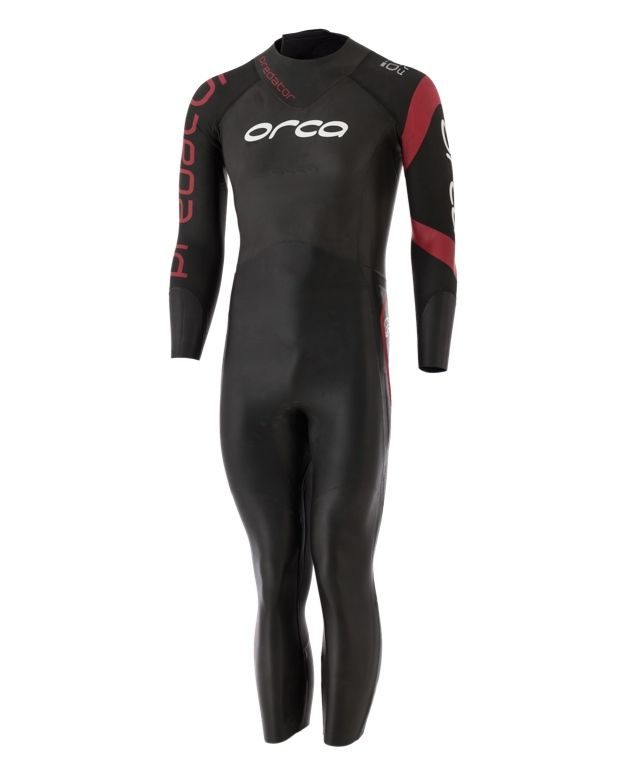 Where it differs though is in the body, where neoprene is used on the inside instead of lining material to avoid water retention and a stiffer material is used to help stabilise the athlete and keep them streamlined, avoiding zigzagging in the water.

220 tested out both the Alpha and the Predator in the pool and there are marked differences between how the two feel. Both feel remarkably flexible through the arms and shoulders making arm return very fluid and natural and the new graduated neck is comfortable.

We really noticed the extra support and buoyancy offered by the Predator as well as the structure it gave through the body. We’ll be testing both suits more thoroughly within the pages of 220 over the next couple of months though, along with our annual big wetsuit test, so look out for more then. RRPs on both suits are also to be confirmed.

Orca are launching a new suit for 2015 which is aimed purely at open-water swimmers who need visibility and safety. Whereas the Alpha and Predator are performance suits aimed at racing, the Open-Water is an entry-level training suit and more robust. 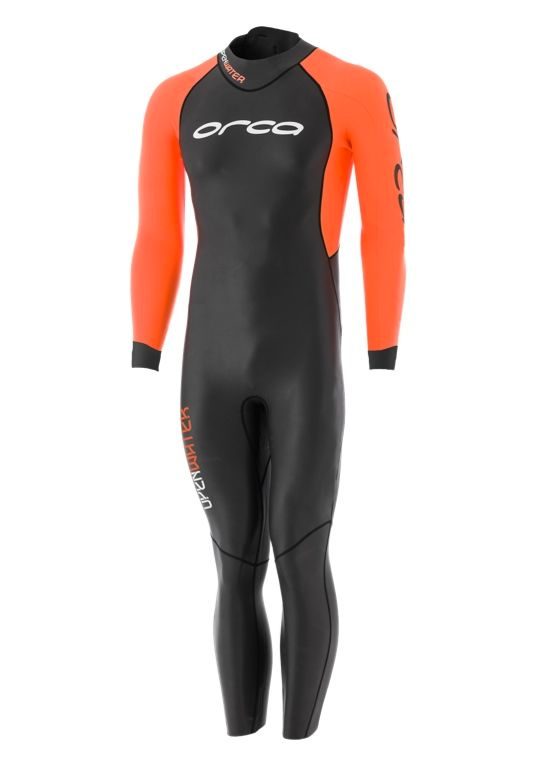 Key features include the high-viz arms, which are backed with white neoprene so they retain their vivid colour in the water and a matching high-viz cap. The suit also comes with a safety buoy that is waterproofed to hold valuables and will be available in junior (ages 8, 10, 12yrs) as well as adult sizes.

The big news in Orca tri-suits this year is set to be the launch of the ‘Dream Kona’ suit, as worn to 2014 victory by Sebastian Kienle. Weighing less than 100gsm and made from fabrics designed to repel water and reduce drag, Orca claim a 15w saving against the next best in the range. 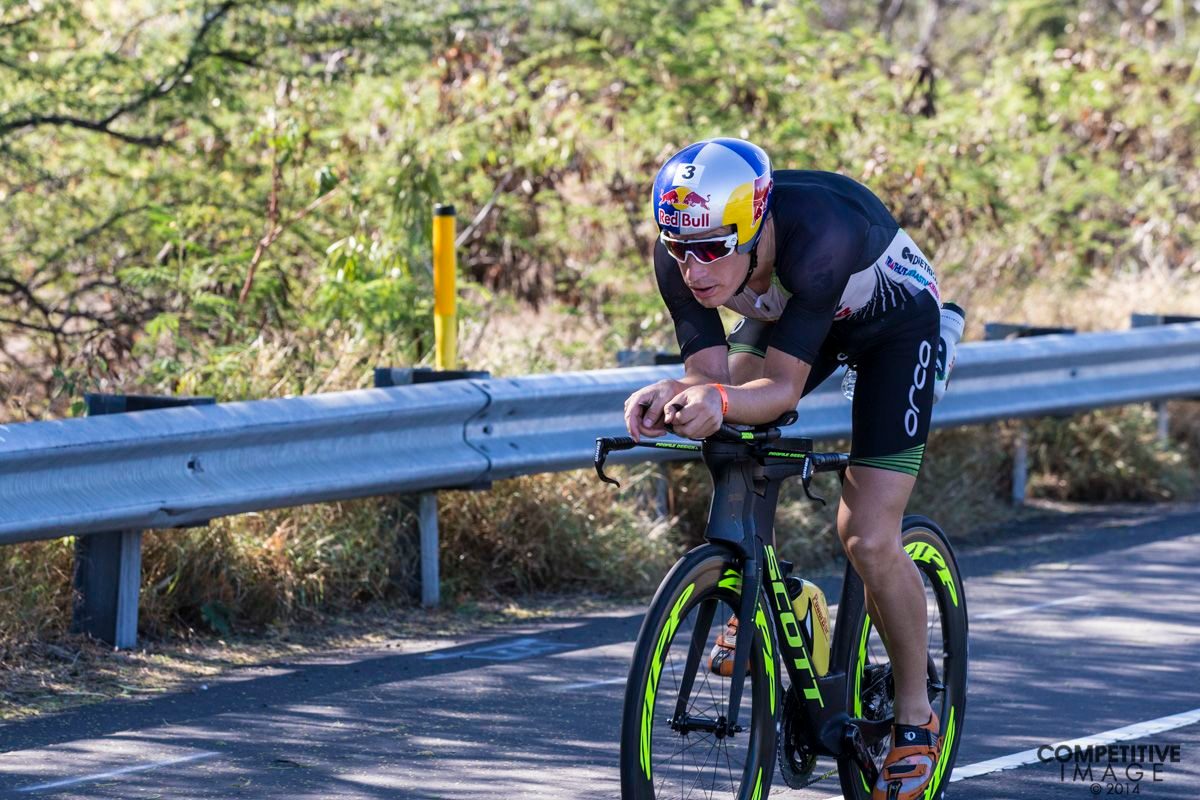 Features include a fully-bonded construction with all seams on the back of the suit to enhance aerodynamics. The neck is lower to avoid a gap in the aero position which could trap air and the suit features a newly-designed chamois made from multiple sections bonded to the suit so that it moves with the body when running, avoiding that uncomfortable ‘nappy’ feeling. The suit is expected to launch in May/June with RRP to be confirmed – look out for a review in 220 later in the Spring.

Other developments for 2015 include the 226 tri-suit aimed at long-distance comfort and a newly-designed, more feminine range for women. The women-specific 3.8 and Sonar wetsuits have seen small tweaks following athlete feedback including less buoyancy panels and different colours. There will also be more training accessories and apparel available.

Prices TBC. Find more details at www.orca.com and look out for full reviews in 220 later this year