Vitus is the in-house bike brand of Chain Reaction Cycles, which usually means good value, quality bikes. The sub-£800 price point isn’t outrageous for committed triathletes: but why spend that money on a bike that’s not specifically for road or trail?

According to Vitus, it’s down to the GR’s chameleon-like qualities: ‘a purpose-built, all-weather, all-day training and commuting bike’, claims backed up by impressive 2015 sales figures. After a month’s solid testing across a variety of terrain, we would concur…

First up, those of you who dabble in off-season cyclocross might notice that the geometry is identical to the 2016 Energie Cross Bike. For us, that signals its primary intentions, namely to consume trails and mud with ease. The geometry  of the GR is slightly tweaked compared to its 2015 incarnation however, resulting in a longer top tube and shorter stem. Improved handling is the aim and this subtle change is noticeable on and off-road. A mere shift of bodyweight and the Energie GR is heading toward your destination with confidence (and is poles apart from some tri bikes that are tanker-like at cornering). 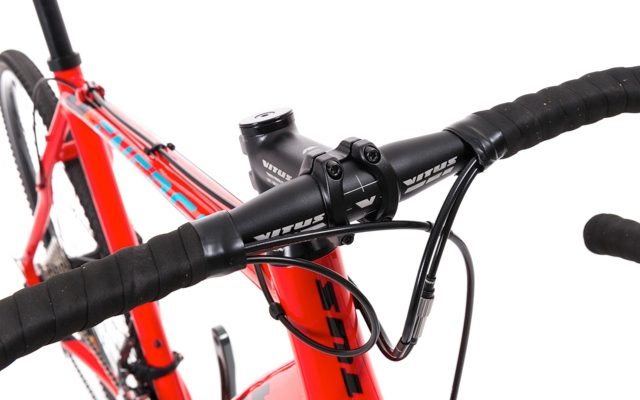 Improving your handling is one of the key reasons to head off-road… but can the Vitus handle a traditional debilitating off-season? Our autumn test period suggests so. The beefy down tube resembles the Kammtail design Trek has incorporated into their top-end road frames for many years now. For Trek, that blunted teardrop shape aims to increase aerodynamics; here it’s more about providing a solid base.

A high-modulus carbon fork dissipates more shock from rolling over jagged rocks with a 2016 27.2mm seatpost also purporting to improve comfort over the previous incarnation.

Disc brakes are relatively new on road bikes but in cyclocross, they’ve been race legal for many years. That history shines bright thanks to TRP’s Spyre mechanical versions, especially with the dual-piston design, which not only means more even wear but also, when you do have to change them, it’s much easier to do so.

That confidence is further inspired by the solid WTB wheelset. As triathletes, you’ll be used to the 700c sizing though less accustomed to a 32c tyre width (this width increases traction but comes at a slight cost to speed). 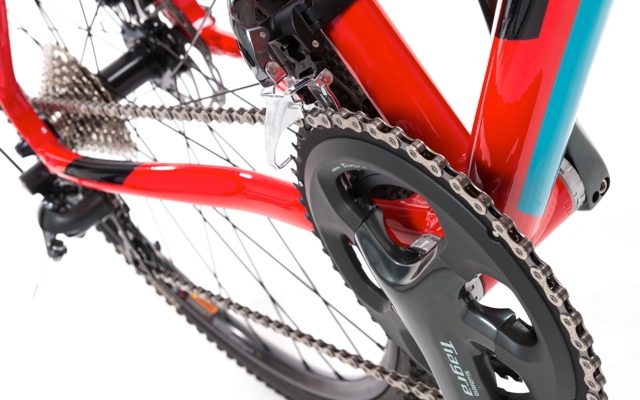 The 10-speed Tiagra groupset provides a wide range of gears, which will please beginners

Shimano’s 2016 Tiagra 10-speed groupset is the key difference between this and the pure Energie cyclocross bike, which uses SRAM’s Rival. The city version offers a wider range of gears, so covers beginners nicely. A further neat touch is the cable routing that’s clamped above, rather than beneath, the top tube to make it easier to carry when cyclocrossing. Finally, mudguard and pannier mounts complete the offering.

Sometimes trying to be a jack-of-all-trades makes you a master of none: not here. While the Energie doesn’t have the kick of a roadie or the speed of a tri bike, it’s great fun; and enjoyment equals a stronger bike leg come race season.

Superb all-rounder that actually eclipses the hyperbole of the marketing, 88%