Do I need an aero helmet for triathlon?

Tri coach Joe Beer and record-breaking time triallist Matt Bottrill discuss the need for aero helmets, the time you save and whether they are worth using in all conditions. 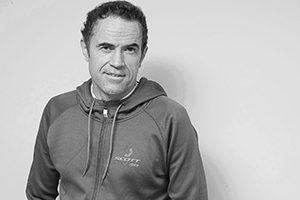 The short answer is no. And that’s partly because what an aero helmet is considered to be has changed. It’s no longer a simple choice between vented, ‘brick wall’ helmets or super-slick, ‘long-tail’ time-trial options. The former cools better but saps speed; the latter enables speed gains but can lead to your head overheating.

Geeks like myself will have noticed that Sebastian Kienle used the vented Scott Cadence helmet at 2016’s Ironman Hawaii. But he was still able to post a suitably stunning bike split and run well enough to take a superb second place behind Jan Frodeno. At a special Scott Associates event last July, I found out that engineers had already planned for Kienle to use a Cadence helmet, as they’d got its drag within 4 watts of his usual Scott Split helmet. But perhaps more importantly, the Cadence had significantly better cooling to reduce temperature build-up prior to the run. Et voilà, a ‘road helmet’ that’s aero and cools! In Kona the latter is more important than total bike drag, although Scott did tweak Kienle’s Plasma in order to account for the difference, so his drag numbers may have ended up exactly the same.

10 of the best TT bike helmets

The penalty a ‘bad’ road helmet might actually cost you compared to a vented aero road helmet is probably 10-15 watts, which equates to 5-6mins over 180km, so aero is obviously still of great importance. But if you’re a bigger athlete, you won’t dissipate heat as well as the smaller guys/girls and will need to take on more energy. If that’s the case, you’ll probably want to make getting off the bike cooler a priority.

If you can afford it, having multiple helmet options may be a good idea to cover different race distances and conditions. But your priorities should be a great position and great clothing. Only after you’ve sorted those is it worth trying to reduce drag as far as your finances and physical abilities allow. 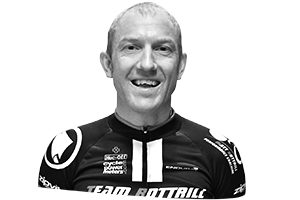 Matt Bottrill is a coach and a record-breaking time triallist

This is a question I get asked a lot and being fairly new to triathlon I’m amazed how often aero gains still get overlooked. Before you choose a helmet it’s worth considering that the rider is responsible for 80% of the drag generated as a bike is moving.

As such, anyone who is looking to make time savings should first turn their attention towards their position and get a good bike fit.

In my opinion, there isn’t such thing as the fastest helmet in the world. It’s more about how a helmet fits you and your position. Head position and a correctly fitting helmet are the key elements you need if you’re going to go faster.

All aero helmets save time over a standard vented helmet, so what should you look for to ensure you pick the one that’s right for you? Firstly, make sure the fit is correct, and check the sizing according the brand’s guildelines. I’d always suggest testing a helmet out first, to make sure you can see clearly. Otherwise you’ll be constantly moving your head to see better, which will create drag. I’d also recommend selecting a helmet with a visor – there are watts to be saved there and if the weather’s poor you can always remove it.

An aero helmet is a sensitive thing but, without a shadow of doubt, it will make you faster – although how many watts it can can save totally depends on the rider. I’ve probably got one of the most aero positions out there and tested all the major helmets. The numbers I’ve found during my tests have ranged from a couple of watts up to 16 depending on the helmet, which goes to show how much the rider and their ability to hold their position can affect things.

From personal experience, I’d recommend wearing an aero helmet in all conditions, even more so when you start taking on long-course triathlons. Just think how much training you’d have to do to find 15-20 watts using a standard helmet!

Aero helmets for triathletes – how and why to use them

Aero cycling helmets: how to choose the right shape

A quick guide to aero helmets

Cycling aerodynamics Q&A: how can I reduce drag on the bike section?

Found – your perfect aero position on the bike

How to start interval training

Are raw vegetables always better for you than cooked ones?