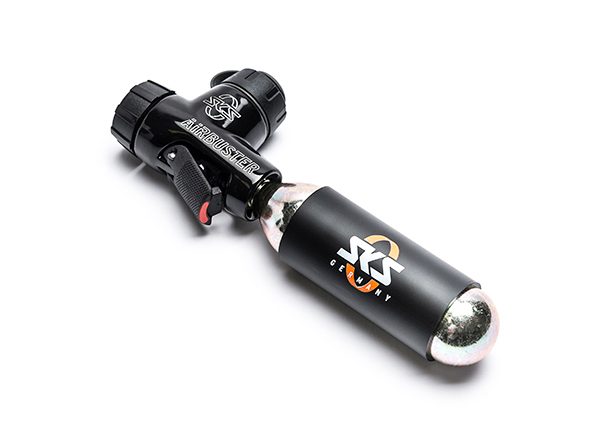 For a roadside repair in a race situation, C02 inflation is the quickest way to go. If you’re covering many miles in training and fix flats often, it’s more cost-effective to use a mini pump – SKS’s spare threaded cartridges, for example, cost over £2 each. But the Airbuster unit comes with one cartridge, and the device itself is very compact. The frame mount is also a handy addition for long-course athletes. The reversible nozzle comes packaged in the Schrada formation, however, so if like most road riders your tubes are Presta you’ll need to readjust it (which could take 5mins as the Ikea-esque illustrated instructions are pretty poor!) Also, the cover on the cartridge doesn’t coat the entire thing, so be careful not to ‘burn’ your hands when the thread pops.

Verdict: Not perfect or cheap, but a speedy inflation solution all the same 79% 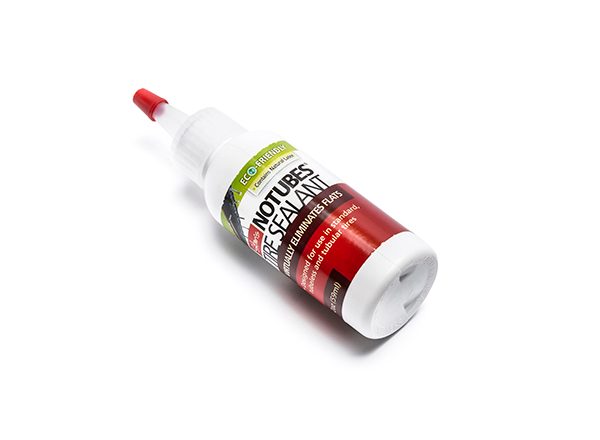 Stans Sealant is part of a wider system whereby you can convert your standard road tyres into tubeless. We were just testing the actual sealing properties, though, so instead used it to fix a small puncture in an inner tube. Firstly, bear
in mind that you will need inner tubes with removable valve cores (widely available) to insert the sealant in. After getting over the rather unpleasant smell, we found it spread quite evenly into the tube. After leaving it to settle for a minute or two, we pumped the tyre up and the hole was sealed. But we had to use nearly a whole 56g bottle, so at £3.50 a pop it’s not much cheaper than just replacing your tube. For those who want a fast
fix, this is a good option, but it’s no better than a patch.

Verdict: More expensive than a patch and slower than replacing your tube, but it works 68% 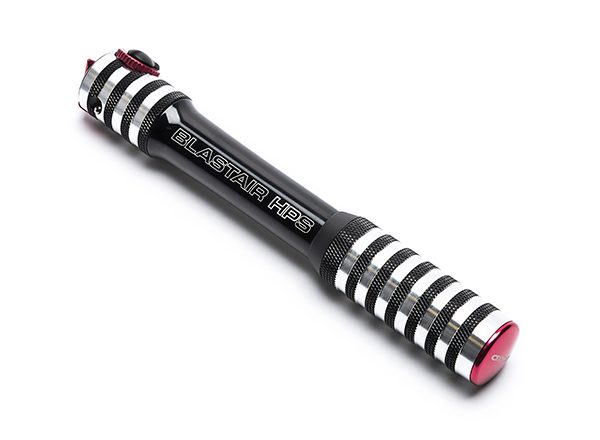 The Axiom Blastair might be mini in length, but it’s a very robust chunk of aluminium. It’s also light and slimline enough to put in your jersey pocket, Presta/Schrada compatible and comes with a frame mount and bolts. For long training/sportive rides we’d definitely recommend carrying a pump on your frame, but should you carry this one? Well to get our tyre to 60psi we had to pump for 3:45mins, which reiterates the point that mini pumps are mostly a non-competitive ride option. This is better than other mini pumps we’ve used, where we’ve struggled to get 40psi in full stop. So for getting back on the road if you’re not time-pushed, the Axiom Blastair allows for as much inflation as any mini pump out there. 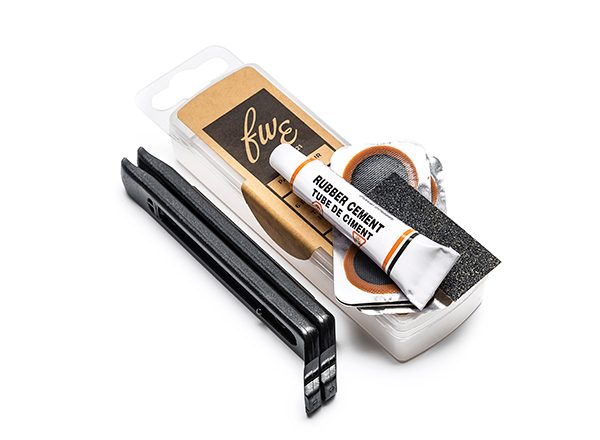 This patch repair kit simply does what it says on the (plastic) tin. It comes with six patches and the tyre levers are of a decent quality. But one gripe is that for fixing small punctures we’d like some smaller patches, as they cover almost the whole side of a road tyre inner tube, which doesn’t look very neat. As with any standard patch repair kit the cement can get a little messy, so you might want to wear some disposable gloves. It’s a strong adhesive though, and our tube was repaired and ready to pump up a couple of minutes after applying the patch. While you won’t want to wait around for cement to bond when racing, patch repair is a reliable method of fixing a puncture, and the tools in this set will take up very little space on your bike or person.

Verdict:A reliable and cheap way to fix a flat in a handy all-in-one kit 82% 220 BEST BUY

The difference between clinchers, tubulars and tubeless tyres

How do you maintain your cassette on your bike?

What’s the difference between bikepacking and cycle touring?