Left-side only power meters have been all the rage in recent years, and the latest manufacturer to get in on the action is Rotor.

The creative InPower crankset that houses the mechanics of the meter in the axle. Set-up is as easy as adding an AA battery and then installing like you would any other crankset.

Outside of the power measurement, the InPower cranks have two interesting functions. First is ‘Torque 360’, which shows you the distribution of force throughout your pedal stroke, allowing you to see where you put the power down and if there are any ‘dead spots’ that you need to work on. 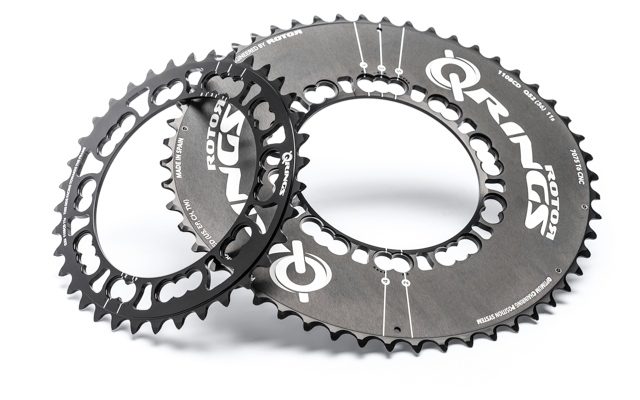 Combined with that is what Rotor calls Optimum Chainring Angle (OCA), which uses the 360° information about your pedalling to determine the angle in your stroke where the work is being done. That lets you (if you’re riding the InPower Cranks with oval Q-Rings) adjust the position of the chainrings to maximise their effect.

Connectivity is ANT+ only and claimed battery life is 300 hours – a solid amount of riding time between changes. Our test set weighed in at 10g over the claimed 521g, which is still decent, although it doesn’t come with chainrings so you’ll have to factor that in.

Finally, the InPower performed well in the accuracy stakes, giving a similar reading to  units we tested it against.