Discs are a slightly contentious topic among triathletes and road cyclists with more than a few voicing their opinion that they’re a solution to a problem that doesn’t exist.

Regardless, the technology is making a seemingly inexorable march towards the road as the industry clearly believes that there’s a market out there. The most important thing, of course, is making sure that they’re as good as possible from the off, convincing people that it’s worth making the change. So have Shimano succeeded in making a product that could sway the cynics?

Disc brakes have been slowly appearing on the road over the last few years. It started with mechanical systems being ported onto road bikes and a few hydraulic systems with a converter box (like Hope’s) that could be used with traditional mechanical calipers. Then SRAM went one better and produced a hydraulic version of their Red groupset, which could be used with hydraulic rim brakes (which were subsequently recalled and as such can’t be classed as a great success thus far), and a disc brake version.

In the past, the main limiting factor has been the comparative lack of road frames that have the requisite mounts for disc brakes, and the fact that most road wheelsets don’t have disc compatible hubs. But, as we saw at last year’s Eurobike, more and more brands are beginning to build disc-specific frames for the road, making disc-equipped groupsets a genuine option for components’ manufacturers.

Shimano’s R785 brakes are the Japanese company’s first foray into hydraulic disc brakes for the road. The system costs £499.99 for a pair of shifters, calipers and cables and can be used with current Dura Ace 9070 and Ultegra 6870 groupsets. 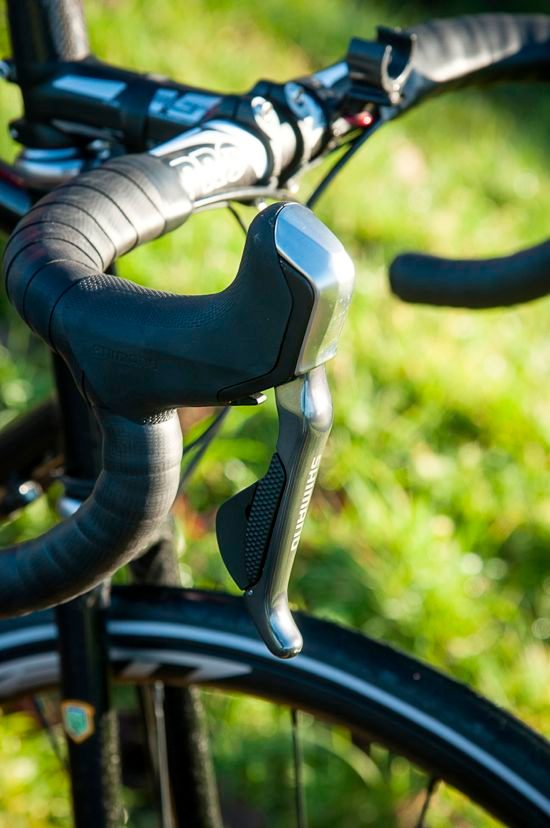 One thing that may deter purists from making the switch to discs – other than the discs themselves – is the fact that Shimano’s system is Di2 only. On the surface it may seem that they’ve missed a trick, but in reality it means that the caliper housing, although noticeably larger than the Ultegra Di2, isn’t large enough to be unwieldy. It’s more Tiagra-sized than, for example, SRAM’s system where the hoods are significantly taller than those of the standard Red group. That’s because they had to fit the master cylinder and liquid in the housing as well as the shifting mechanism. So purely in terms of design and comfort, limiting the disc system to Di2 makes a lot of sense.

The other place where size is important is the rotors themselves. The new 140mm, ICE technology rotors that Shimano have developed come with a claim of far superior cooling. In the past, the main worry about disc brakes has been the level of heat generated through continual use. As anyone who has ever battled a long descent can attest, braking creates an incredible amount of heat – enough to melt carbon rims and even disc rotors in some cases – and so to make sure that catastrophic braking failure doesn’t happen, the rotors needs to dissipate heat extremely efficiently. This is where the ICE technology comes in.

The finned disc brake pads supposedly combine with the rotors themselves to reduce surface temperature by 100°C when compared with traditional steel rotors. All this combined means that there shouldn’t be any problem with overheating on descents. 220 went on the product launch in Sicily, where we had the opportunity to ride the 17km descent of Mount Etna. And despite deliberately dragging the brakes for long periods of the ride, we experienced no problems with overheating. 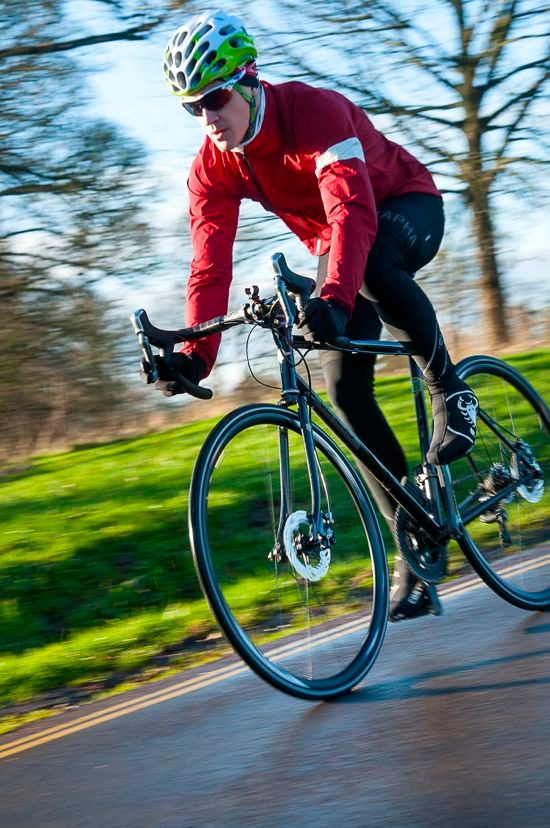 What strikes you first about riding the R785s compared with traditional caliper brakes is their astonishing power relative to braking effort. By that, we mean that you can get an awful lot more stopping power out of the brakes for comparatively little effort. It’s not that braking is more powerful, it’s just easier. Subsequently, braking is definitely improved from the hoods, which is usually a significantly less efficient position as you can’t get the same leverage as when you brake from the drops.

We rode the Etna descent on both the R785s and new Ultegra 6800 brakes, and while the Ultegra brakes are very good in their own right, at the bottom our hands were aching with the effort considerably more after the caliper-assisted descent.

The other immediately apparent benefit is the quality of braking in the rain: it’s superb. You don’t get that horrible moment – as with caliper brakes – when the blocks scrub water off the rim before they bite. Braking in the rain is sharp and efficient, which is both fantastic from the point of view of safety and also lets you push a little harder in the rain, as you don’t have to hit the brakes 15m early for every corner. It also frees up rim choice completely, because rim material no longer has any bearing on braking ability. Zipp already offer their 303s as a disc-ready wheelset, and more manufacturers will surely follow suit should discs catch on (or the UCI legalises them).

One other wonderful feature of hydraulic disc brakes is that they very seldom need any maintenance. The whole thing is a closed system, meaning that short of opening the top of the shifter and putting something into the system that shouldn’t be there (bad idea), or cutting a cable (worse idea), you won’t need to do much to these at all. It’ll definitely do away with that tedious 10mins at the end of a grimy winter ride where you have to pick bits of dirt out of your brake calipers, and the friction inside the cables won’t increase over time as crap manages to work its way in. You’ll have to bleed the brakes occasionally to refresh the system or rid it of any air pockets, which can be a bit fiddly, but as you won’t have to do it very often, it’s a sacrifice that’ll be well worth it. 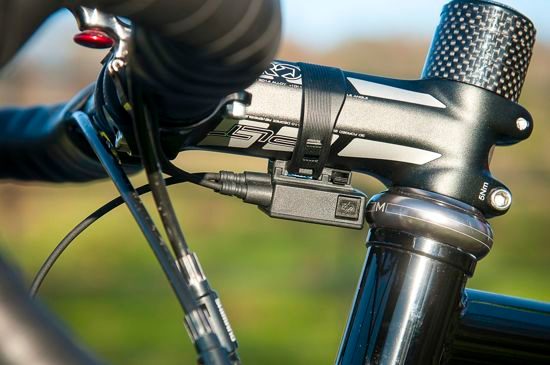 Of course, there is the question of whether road bikes really need disc brakes. Caliper brakes are currently better than they’ve ever been, as anyone who’s ridden the Dura Ace 9000 brakes will know, so it’s forgivable to wonder whether there’s any point making the change. Plus, for triathletes, the problem remains that while disc-compatible road bike frames are becoming more common, the amount of tri/TT frames currently available that will accept discs can be counted on the fingers of one hand.

On top of that, all your existing wheels with their standard hubs won’t be able to accept the rotors anyway, so you’ll need new wheels. From the point of view of a triathlete considering early adoption of the technology, especially if you do most of your riding on a tri bike, there’s little point in getting too excited. In a relatively flat, dry race the gains you’ll get from making the change will be minute at best.

On the other hand, in a few years when there are more disc compatible framesets and wheels available, imagine being able to run your deep rim, carbon race wheels with far superior braking performance, especially in the wet. It could give you that extra edge to get a new PB for the bike leg or, more importantly, the ability to go just as hard when conditions aren’t ideal – which tends to be a bit of an issue in the UK!

Having ridden the R785s in a variety of conditions, we’re fully convinced of how effective and consistent the performance of disc brakes can be. They’re consistent in bad weather, easier on the hands, low maintenance and, we suspect, they’re the future of road bike braking. If cost isn’t an issue and you want a training/commuting machine for all seasons, they’d be a great investment, but confining your old caliper brakes to the scrap heap permanently would be wildly premature.

Head to our Gear section for impartial, in-depth reviews of all the latest triathlon kit