Garmin’s long-awaited new Vector power pedals have seen a big revamp in aesthetics and ease of use, with all the tech now concealed inside.

Casual observers wouldn’t know they were any different to normal pedals if it wasn’t for Garmin’s logo adorning the underside. They’re still battery-operated, now taking four LR44 batteries (two per side for these dual-sided versions) with an estimated 120 hours of use, and the accuracy is a claimed +/-1%. Another improvement is Bluetooth connectivity as well as ANT+, so you can use them with Polar head units, update firmware using Garmin Connect Mobile and connect better to training apps such as Zwift.

The pedals are sturdy yet light, weighing 174g each. While Garmin have designed them (Exustar made Vectors 1 and 2) they come with Exustar’s Arc R2 Keo-esque cleats, with an anti-slip body. One bugbear we have with brands offering readily available power pedals – namely Garmin, Powertap and Favero – is the lack of cleat options. While it’s not a deal breaker, we’d appreciate being able to choose Shimano SPL-SL-compatible Vector 3s. Fixing the pedals to your bike is refreshingly simple: no torque or pod fumbling like Vector 2, just plug and go.

We tested power accuracy against a Technogym MyCycling smart trainer and Wattbike Atom and Favero’s Assioma dual-sided pedals in a back-to-back outdoor test. Of the latter, we found both were within 3secs of each other over 15km at 280 watts, which is too close to call given extraneous variables on the road. More measurable indoor tests against the Technogym MyCycling and Wattbike Atom, both very accurate, were equally consistent, with the Vectors possibly just over-reading a couple of huge efforts according to our comparison graphs. Average power was within 5 watts and cadence within 1RPM every time, which is pretty bulletproof.

So the Vector 3s are a triumph, what about value? They’re cheaper and undoubtedly better than Powertap’s P1 pedals and their annoyingly large stack height. Yet the previously mentioned Favero Assiomas are over £100 less with no real compromises apart from a slightly flimsier build. Numerous acclaimed hub and crank power meters, such as Powertap’s Hub and Quarq’s DZero, are closer to the £500 mark, although you can pick up single-sided Vector 3s for £500 with slightly less claimed accuracy. Are the Vectors worth the extra? We’ll let you be the judge, but price aside we’ve little negative to say about the Vector 3s. The pedal power has come of age.

Verdict: an  improvement on the previous iteration, but still a big spend, 89% 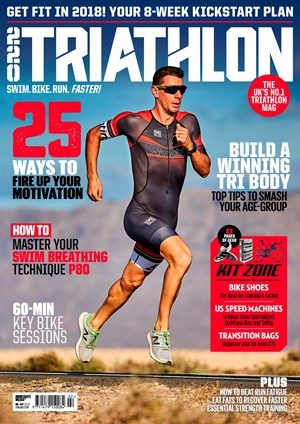 This review appeared in the February 2018 issue of 220 Triathlon

Highlights include: 25 ways to fire up your motivation; races still to do; how to kickstart your training in 8 weeks; how to build a winning triathlon body – whatever your age; and all the latest tri kit tested and reviewed, including road bike shoes, transition bags and 3 tri bikes from the USA