Chorus is Campag’s third-tier groupset behind Super Record and Record. But, given that Super Record is, ostensibly, the equivalent of a ‘hors category’ groupset – that is, above Shimano Dura-Ace or SRAM Red – then Chorus is pretty much the second tier in terms of functionality.

Chorus first went 11-speed way back in 2009, but the latest edition has a few notable updates which look to have been inspired by Shimano. 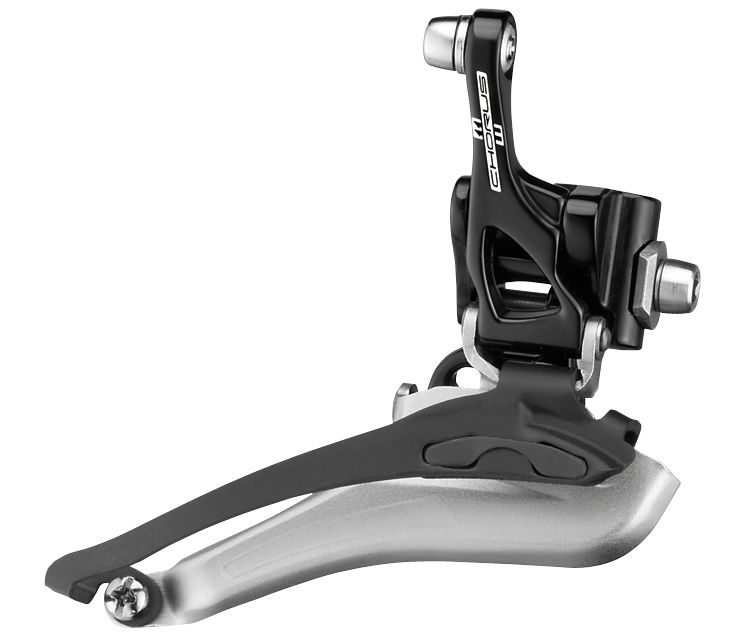 The first change is the front derailleur, which now has the same long-arm design favoured by Campag’s Japanese counterparts. And the function is brilliant, with front shifting both powerful and crisp. 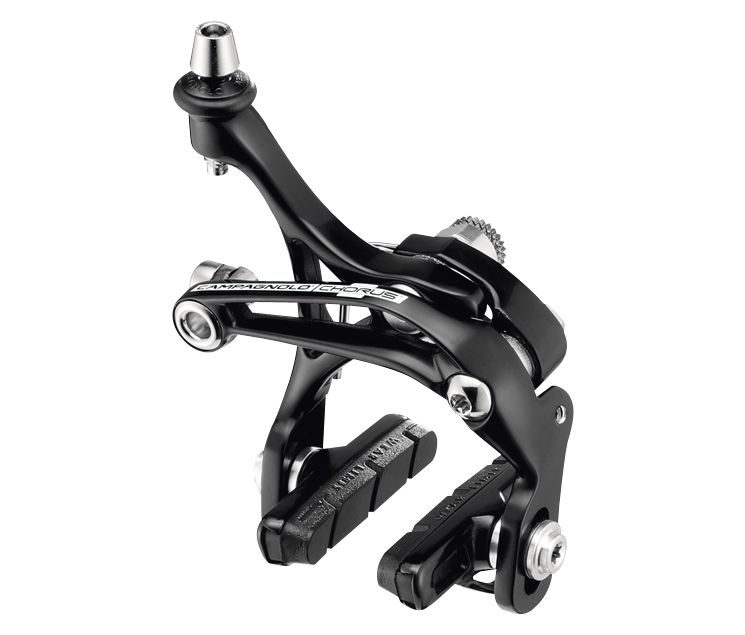 We’ve used this groupset almost daily for about four months now without dropping the chain once. Another noticeable difference is the braking. Campag has adopted a dual-pivot design with the front brake, and there’s a noticeable increase in power over the previous incarnations.

The final immediately obvious difference is the crankset. We were initially unsure about the look, but it’s grown on us to the point where we’re now rather fond of it! 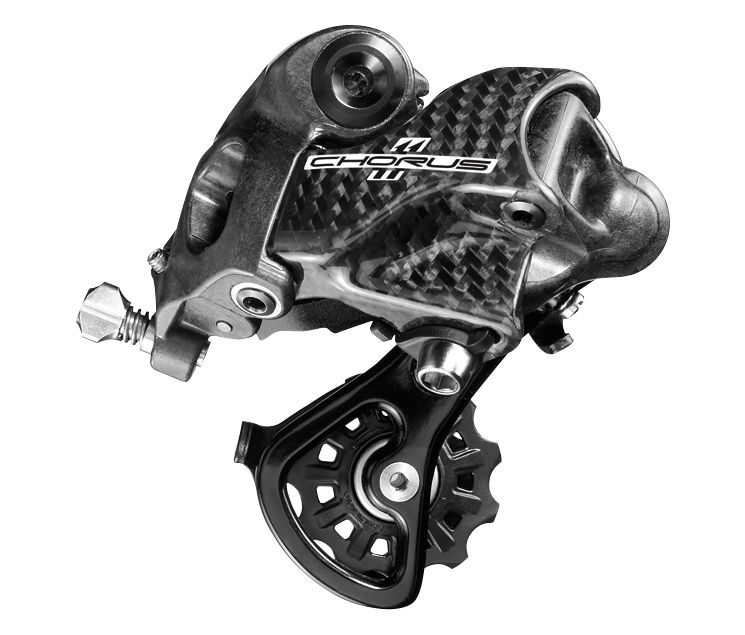 The rear derailleur is as good as you’d expect, with shifting powerful enough to function well under load, either up or down the cassette. Functionally, the main differences between Campag and other brands come at the shifters.

The Italians use a system where one shifter resides just behind the brake lever, and the other is a thumb switch on the inside of the hood. When you set the group up, you really need to make sure that the shifters are positioned so you can reach the thumb switch from the drops.

The other difference is that with Campag you can multi-shift either up or down the cassette, three sprockets in either direction, which is a nice feature you won’t find on either Shimano or SRAM. Overall, this latest version of Chorus combines a strong look with superb function; spending more will only give you very marginal gains and a little less weight.

Verdict: Superb. Why consider spending more when Chorus is this good? 90%