Every year at Kona, the bikes are counted as they’re racked to see which brands are the most popular. And for 10 years running one brand has come out on top: Cervélo.

Many are owned by ordinary punters who’ve paid for their bike themselves. And why are they willing to splash out on a Cervélo? Probably because the company has established a reputation as one of the leading lights in high-performance bike engineering.

The P5, launched in 2012, was developed with a huge amount of digital modelling using computational fluid dynamics and, of course, wind tunnel testing. All that work led to a bike that comes in two flavours: the ‘decaffeinated’, UCI-compliant version and the ‘double-espresso’ triathlon version – aka the P5 Six – seen here.

The P5’s full-carbon frame has a dropped down tube to better meet the air coming off the front wheel and a cutout for the rear wheel that shrouds almost a third of it. There’s Cervélo’s BBright system for greater stiffness around the bottom bracket and Magura’s RT8 hydraulic brakes that also get airflow-smoothing covers. 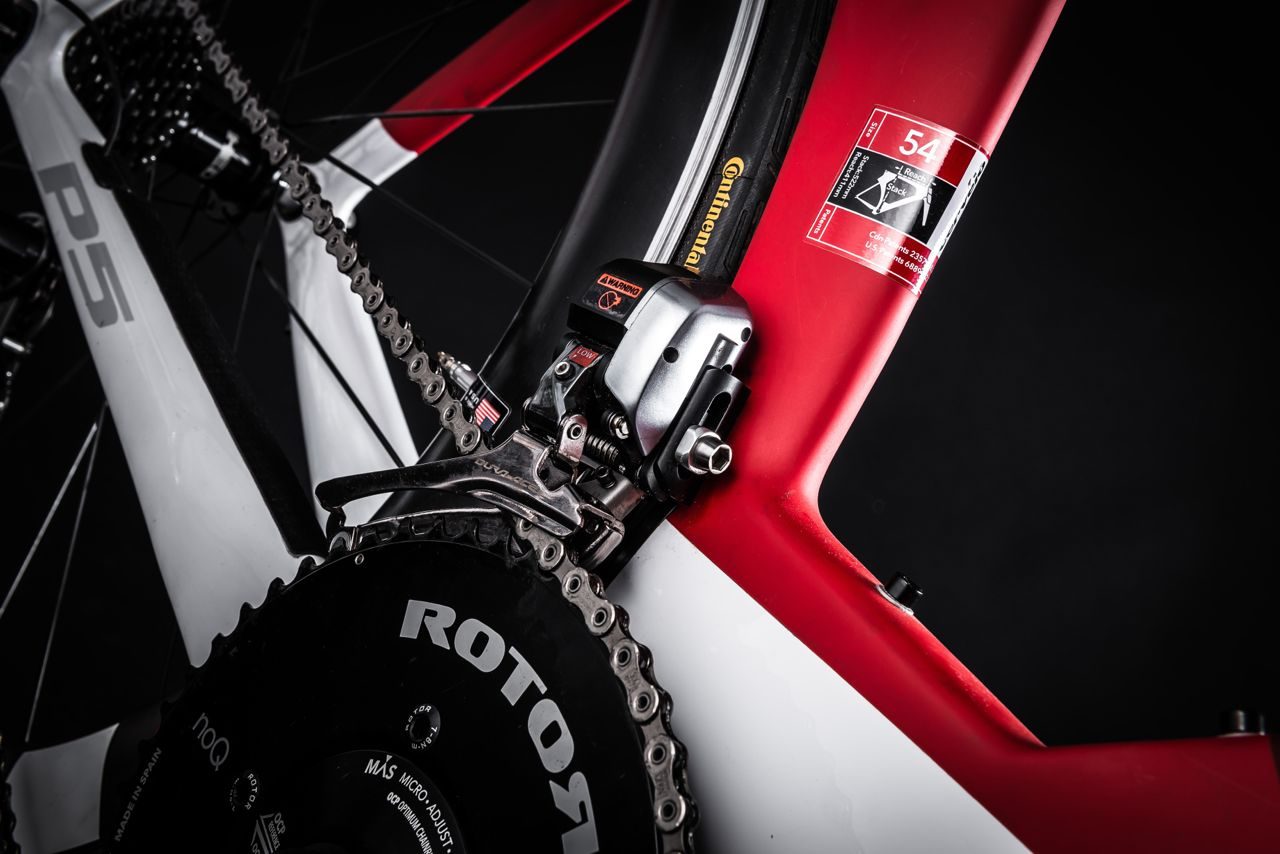 It comes with a Shimano Dura-Ace Di2 11-speed, electronic groupset and a Rotor Flow Aero chainset. The frame rolls on Hed Jet 6 Plus clincher wheels, which are shod with Continental’s Force and Attack tyres. You, meanwhile, sit on an ISM Prologue saddle and hold on to the Aduro cockpit made specifically for the P5 by 3T.

Our bike weighed in at 8.5kg, which isn’t the lightest. There are plenty of bikes selling for less than half the price of the P5 that don’t tip the scales that far. All that weight means the P5 isn’t the quickest out of the blocks. Speed is picked up gradually rather than instantly.

What’s surprising, though, is just how much speed you can squeeze out and how well it holds on to it. You find yourself reaching what would be terminal velocity on other bikes, only to look down and see you’ve still got smaller sprockets left in the bank. 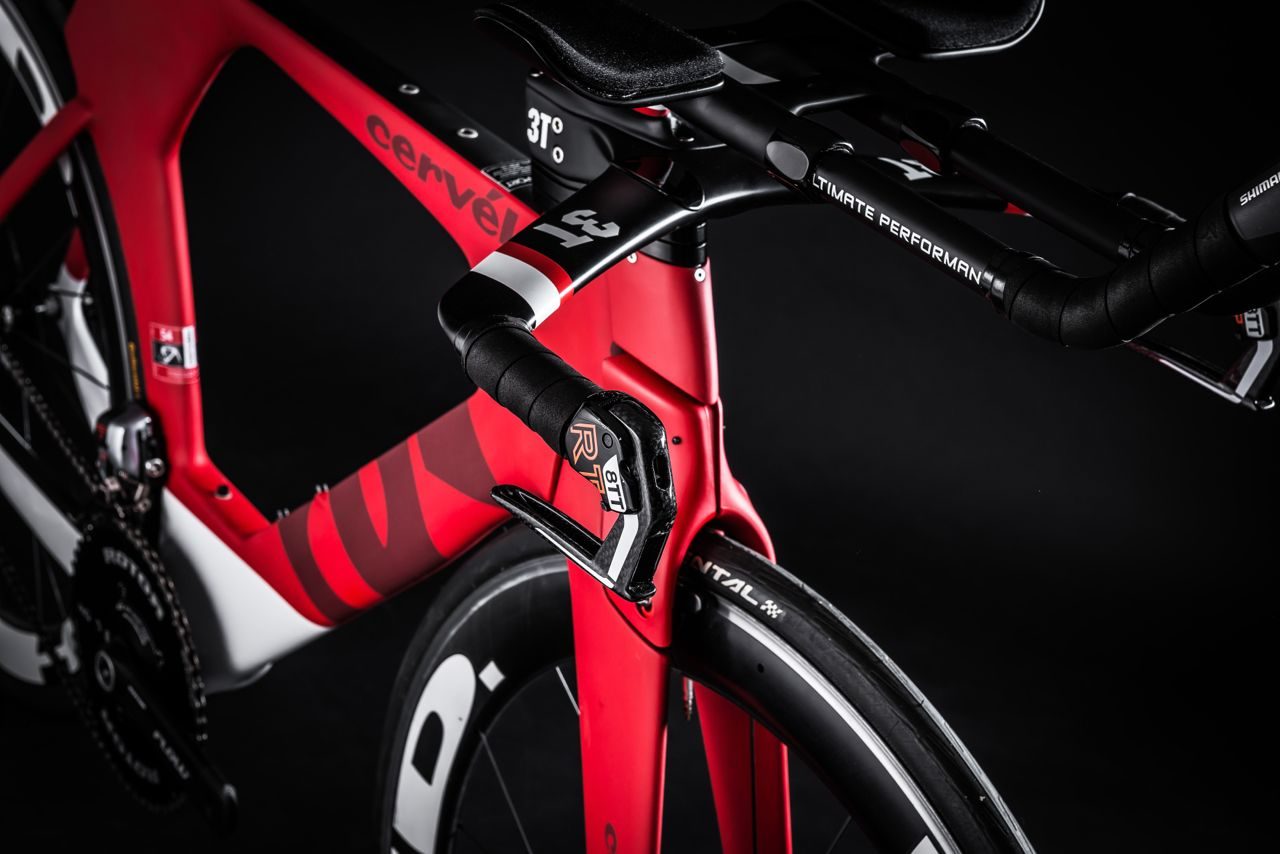 The P5’s sculpted for speed, with aero profiles and trailing edges aplenty

The Maguras provide plenty of stopping power, but there’s no noticeable improvement in terms of feel over a set of well set-up cabled callipers.

As far as handling is concerned, keep it in a straight line and going fast and the P5 feels absolutely fantastic. But cornering has a certain gondola quality to it – as though you’re steering from the rear.

It’s also prone to catching crosswinds; unsurprising, perhaps, as it’s built to act like a sail, but it would be nice if it felt more like a sail that’s tied down rather than flapping about. 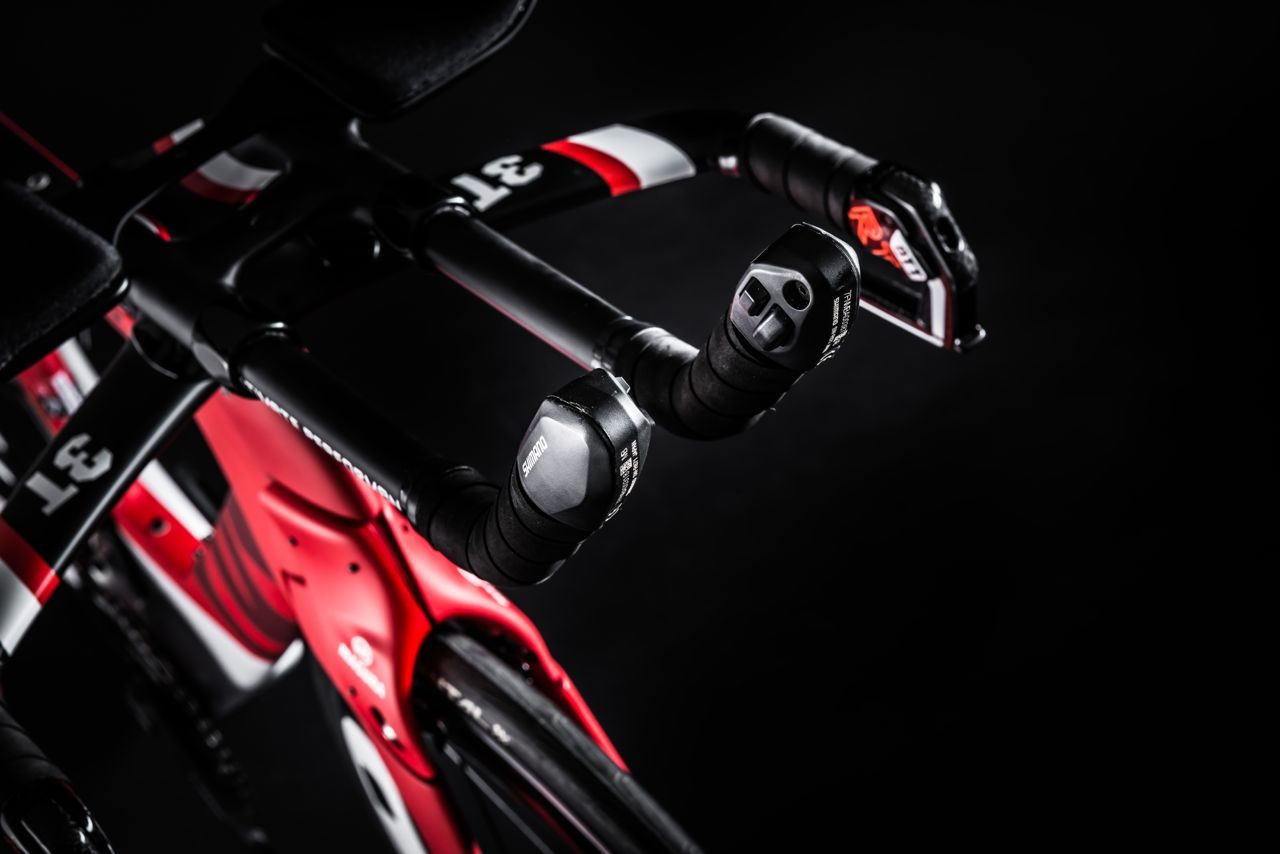 The Aduro cockpit was custom-made for the P5 by 3T. While straight roads made for big speed, our reviewer found a lack of sureness in the handling on corners

It’s worth noting that if you opt for the high-mount Aduro bars (like on the test bike), you can’t adjust the headset without completely removing the aerobar extensions. It’s only four bolts, but it adds extra faff.

All in all, the P5 is great but it suffers due to its reputation and price. You imagine you’ll get a world-changing ride, but no bike can live up to that expectation.

So as good as it is – and it is good – it ends up feeling underwhelming. Could you live with underwhelming after you’ve paid £7.7k?

Verdict: A straight line + a flat road = superb. There are lighter, stabler, cheaper bikes out there, but few that feel this fast, 82%