In the early 1990s, triathlete Nobuyuki Joe Tanaka was fed up with his standard road bike and began tinkering. After achieving personal success with his own tri-specific bike, he realised our sport had its own unique demands and in 2002 Ceepo were born.

Ceepo are bikes born purely out of triathlon, for triathlon and, with top Kiwi Gina Crawford already having ridden hers onto the podium at Challenge Wanaka this year, they deliver at the top level. 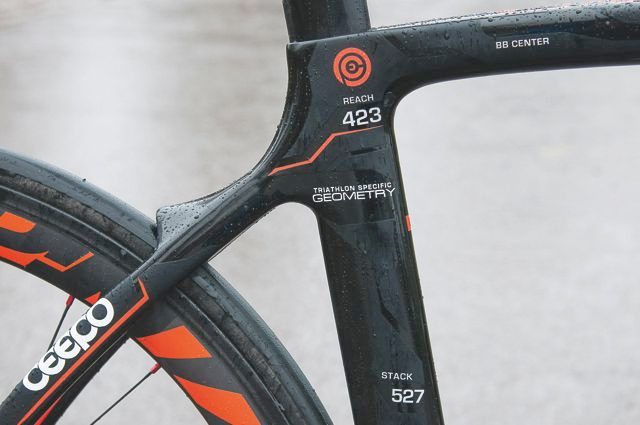 The Katana is Ceepo’s number two frame behind the Viper, and while the Viper may have more aerodynamic trickery the Katana looks no slouch. The tube shapes are intentionally simple, with big chunky chainstays to help maximise stiffness and a lowered down tube to enhance aerodynamics. It’s targeted at middle- and long-distance racers with the consistent message being that this is a bike designed to help you run better. 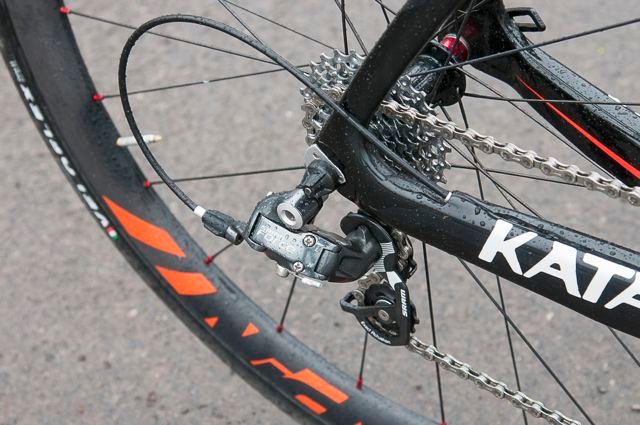 The Spin K2 Carbone K50 wheelset is hand built and lightweight (at 1,580g), while the 50mm rim depth is a solid choice for UK races. Retailing at £699, they don’t compare to the £2,000 pairs we tested last issue but they’re no disappointment and are genuinely race ready. The Veloflex Corsa tyres show racing intent, too, and have a reputation for being a tubular-feeling set of clinchers. The bulk of the groupset, including front and rear mechs, is SRAM’s second-tier mechanical Force in its 10-speed incarnation. But the crankset is Rotor’s Flow. The elliptical QRings aren’t to everyone’s tastes but we’ve been riding them for a few years and are convinced they give us fresher legs for the run. 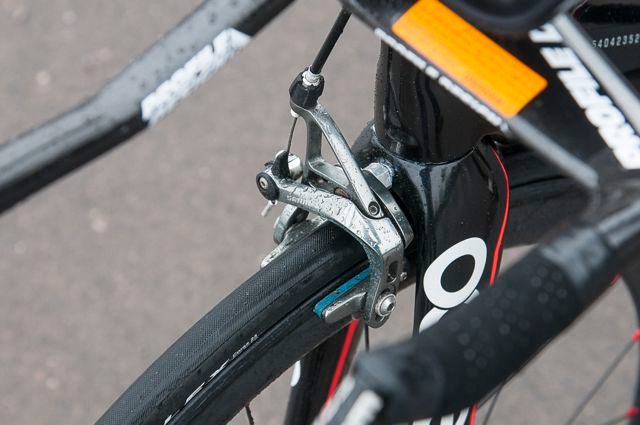 The front brake is a standard SRAM Force calliper but the TTV rear is tucked neatly away out of the wind on the chainstays. The Profile Design Aeria cockpit is a superb choice that offers a brilliant amount of adjustability and has been ridden to Ironman Worlds glory by Mirinda Carfrae. Up top, the Fizik Arione Tri 2 saddle should contribute to a plush ride. 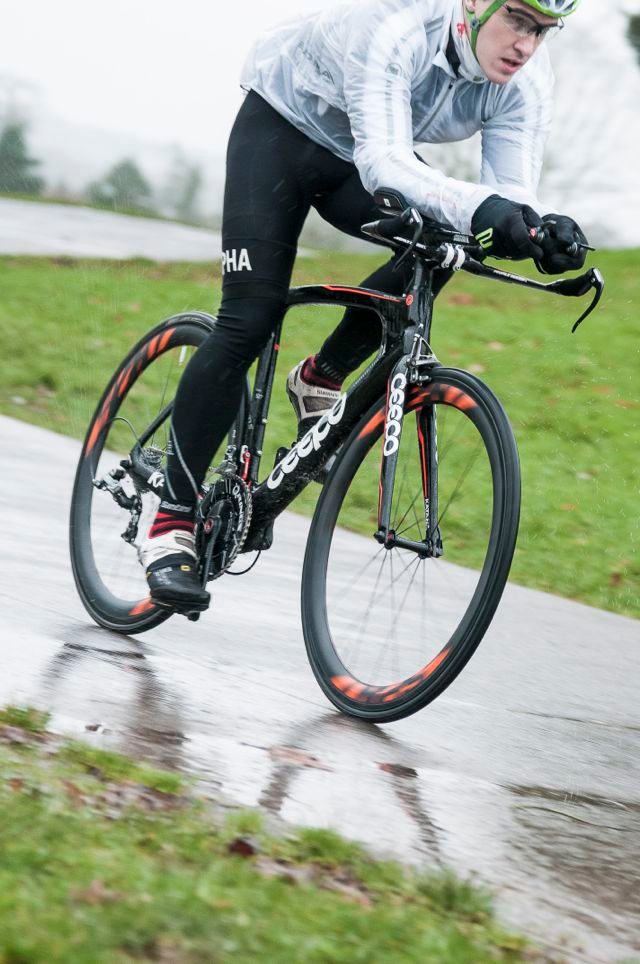 The Katana is no sluggish sofa on wheels, though, and suffers from none of the response issues that sometimes dog tri-specific bikes. It’s nimble through bends with no unexpected dives or lurches and accelerates pleasingly on exit. On long flats it hammers along wonderfully and, even when battling broken winter roads, feels smooth and reassuringly stable.

The Spin wheels are impeccably well-behaved in crosswinds, allowing you to totally relax, but they still improve your straight-line speed. Hit a slight rise and whether you choose an aggressive or conservative approach the Katana responds accordingly. On longer climbs, the low weight and stiffness pay dividends.

The SRAM Force front mech has no issues with the QRings and shifting at the rear is crisp, even under load. Heading downhill, the stability on the aerobars allows you to stay low for longer and, when you do rise to slow for a bend, the braking surfaces on the Spin wheels scrub speed well. It’s not a white-knuckle thrill-fest but it’s certainly confidence-inspiring. Finally, once you’ve dismounted, the Katana seems to have some elixir of youth in its make-up and leaves you noticeably fresh and ready for the run.

Long-course comfort but with with a pleasing sporty side.

Solid choices where it counts in the frame, cockpit and wheelset.

Fully race ready but you really want a top-tier groupset at this price.

One of the comfiest tri-specific bikes we’ve ridden