Beacon is a new British brand but in just a few short years it has already established an impressive pedigree. Its bikes have been ridden to victory in the national team time-trial championships and also by the likes of Gordon Benson, Lois Rosindale and Sian Raisley on the international tri circuit.

With the bike-building expertise of former Team GB head mechanic Peter ‘Spike’ Taylor, Beacon allows its customers to spec their chosen frame as they wish. To that end, its BF_55 bike can be built in a ‘budget’ configuration with a Shimano 105 groupset and Fulcrum Quattro wheels for £1,999, or specced up as desired all the way to (and possibly beyond) the £4,499 version seen here.

Since you can spec the BF_55 any way you want, it’s unlikely you’ll ever find two exactly alike. That said, this particular bike may look familiar to any keen-eyed readers at this year’s London Tri, as it’s the same build as the bike used by former Madison world champion Rob Hayles in the relay.

The full-Toray-carbon frame has all the internal cable routing, profiled tubes and dropped seatstays you’d expect to find on an aero-optimised machine and is built up with a full Campagnolo 11-speed Super Record groupset. 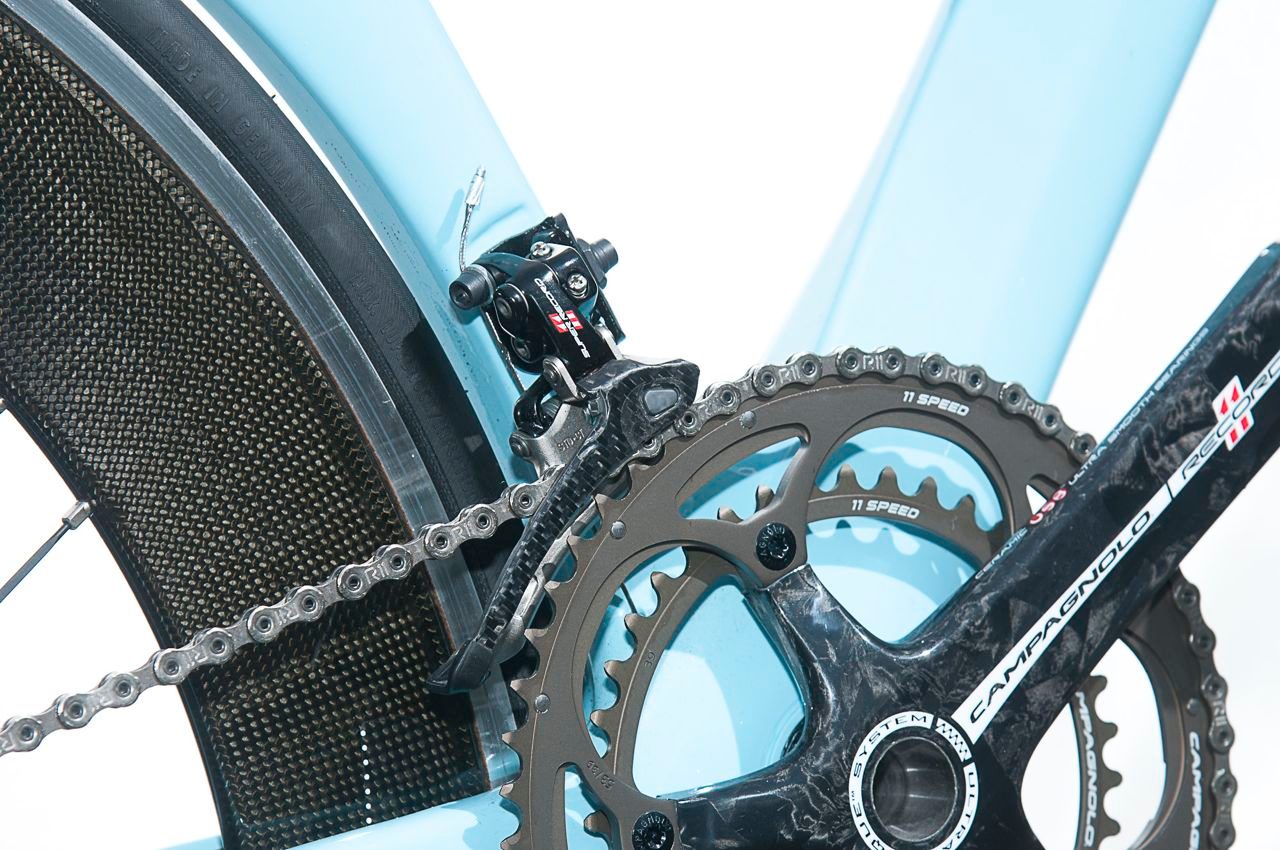 The frame’s front end not only benefits from a profiled fork but also a head tube that’s a little stiffer thanks to its wider lower diameter (1 1/8in at the top and 1 1/25in at the bottom). The top of the down tube provides some cowling for the fork crown and has a truncated-teardrop profile.

Your backside gets a Fizik Arione saddle (and a dual-position seatpost for UCI-legal/tri-specific set-up) while your paws get a carbon Deda cockpit. Tyres come courtesy of Continental and they’re wrapped around a pair of Campagnolo’s Bullet Ultra 80mm wheels. 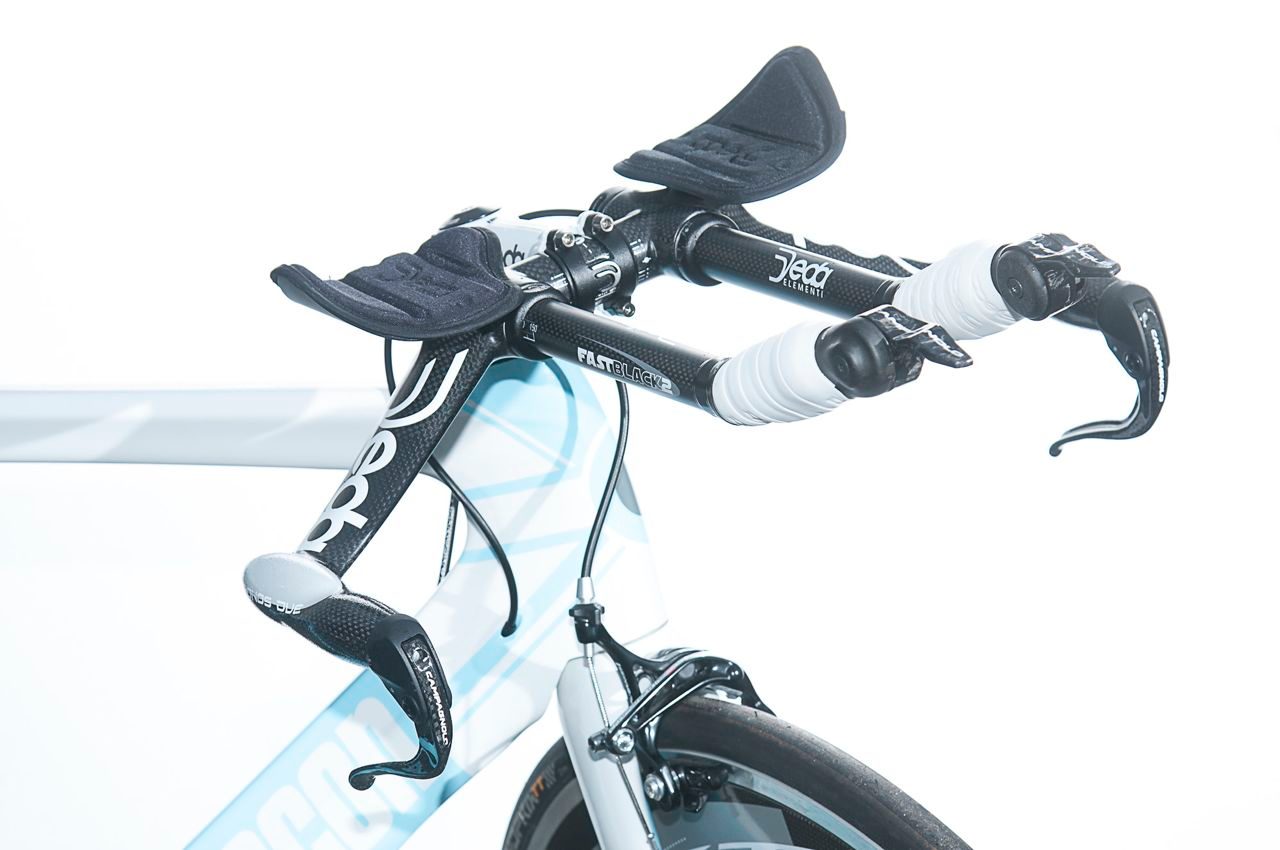 Shifting is handled by Campagnolo’s carbon-bladed, back-to-zero shifters. They’re the Italian company’s equivalent of Sram’s R2C (return to centre) levers, which flick back to their original position after each shift instead of progressively swinging through an arc. SRAM’s shifters suffered from being too narrow, too short and too hard to push. Campag’s, by contrast, are thicker, wider and a breeze to use.

The BF_55 feels good from the moment you climb on board, with sharp and familiar handling. The other noticeable thing about the BF_55 is just how stiff it is. Yes it’s a comfortable place to be for long-distance bike legs and yes it’s capable of ironing out most imperfections in the road, but it’s also rock-solid. Even the slightest input on the pedals sends you surging forwards at an electrifying rate.

Its familiar handling feel makes the BF_55 friendlier and more dependable than many rivals in the corners too. And while climbs aren’t the BF_55’s forté, it’s competent enough to handle steep and twisty slopes without the usual awkwardness of a time trial bike. 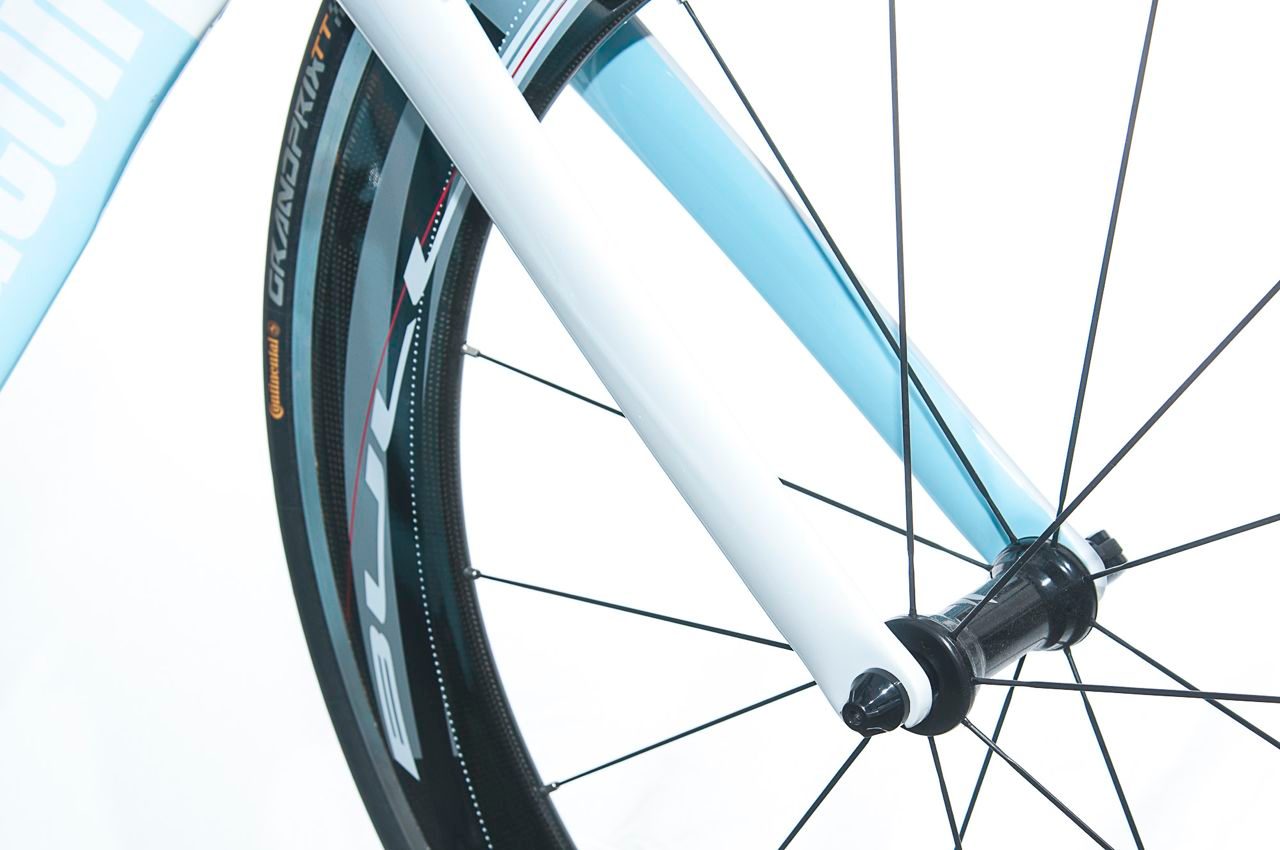 Braking is great too, thanks largely to the aluminium brake track on the Campag Bullet Ultra wheels. But as reassuring as that stopping power is, the wheels are the only thing about this bike you might want to consider swapping.

The reason being their deep, flat sides are almost tailor-made to catch crosswinds. It’s not an issue on the back, since that’s pinned in place by the frame and your body weight, but the front gets shoved off line by anything more than a slight breeze.

Overall, this configuration of the BF_55 is an outstanding bike but its unruly front wheel needs wrestling to keep it under control. 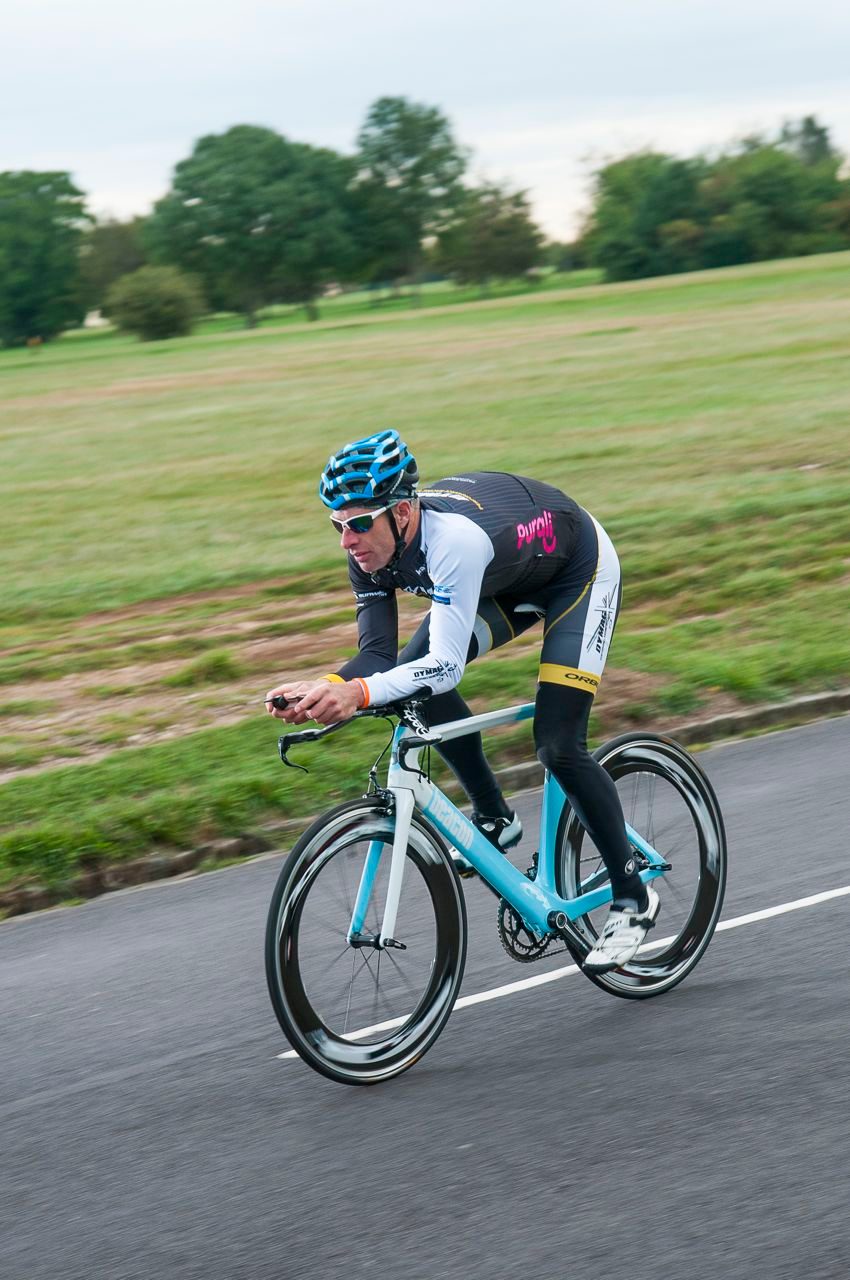 Almost entirely great and would be superb with a tamer front wheel.

Pricey but a build like this will set you back even more elsewhere.

It’s a TT/tri bike but almost doesn’t feel like it.