The Domane is Trek’s endurance race bike, which might sound like a contradiction in terms until you realise that it’s the bike three-time Paris–Roubaix winner Fabian Cancellara rides. Basically, it’s a bike designed for being ridden hard over rough terrain, and it doesn’t get any rougher than the cobbles of northern France.

Unlike Cancellara’s bike, which is constructed with geometry far more like a traditional racing steed, the production version of the Domane has all the hallmarks of an endurance bike – a tall head tube, longer chainstays, a steeply sloping top tube – plus one unique touch: the IsoSpeed decoupler. This is found at the seat tube/top tube junction and isolates the seat tube from the rest of the frame, increasing compliance so that the road feels smoother. 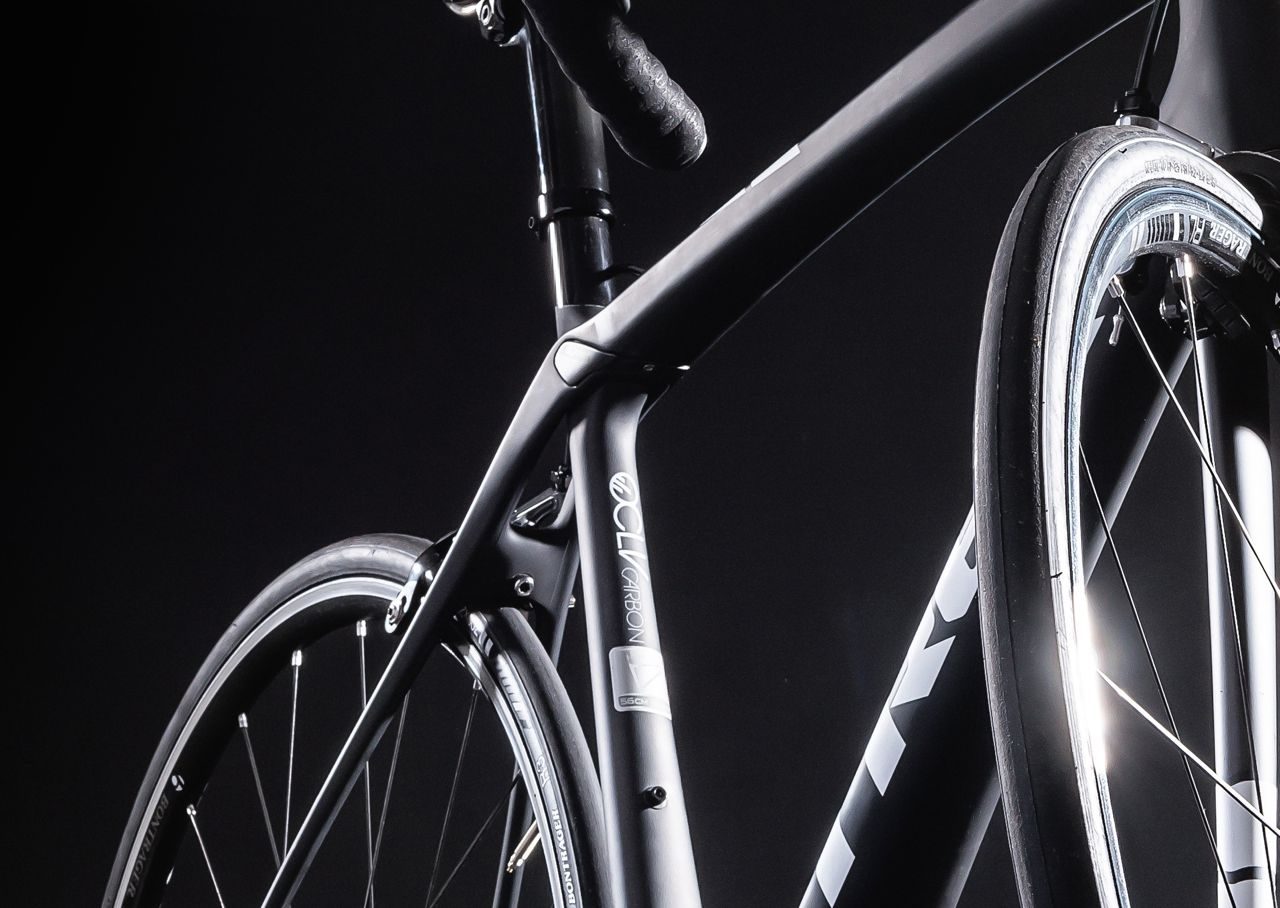 The decoupler contains a bearing system that allows for a few degrees of movement and, as such, increases the comfort of the ride. And it works – the Domane is a remarkably smooth-travelling bike. Thrashing around our usual test roads, it was notably more comfortable than almost any of the bikes we regularly test there, and we still felt fresh after several hours of riding.

Of course, the ride position is also key and the shorter top tube, longer head tube and resulting more upright position combine to save your back and neck from aching after a long ride. Which isn’t to say that the Domane can’t be raced. Not at all. Move down to the drops and push the pedals hard and you’ll elicit as pleasing a reaction from this as anything you’re likely to find on the market. 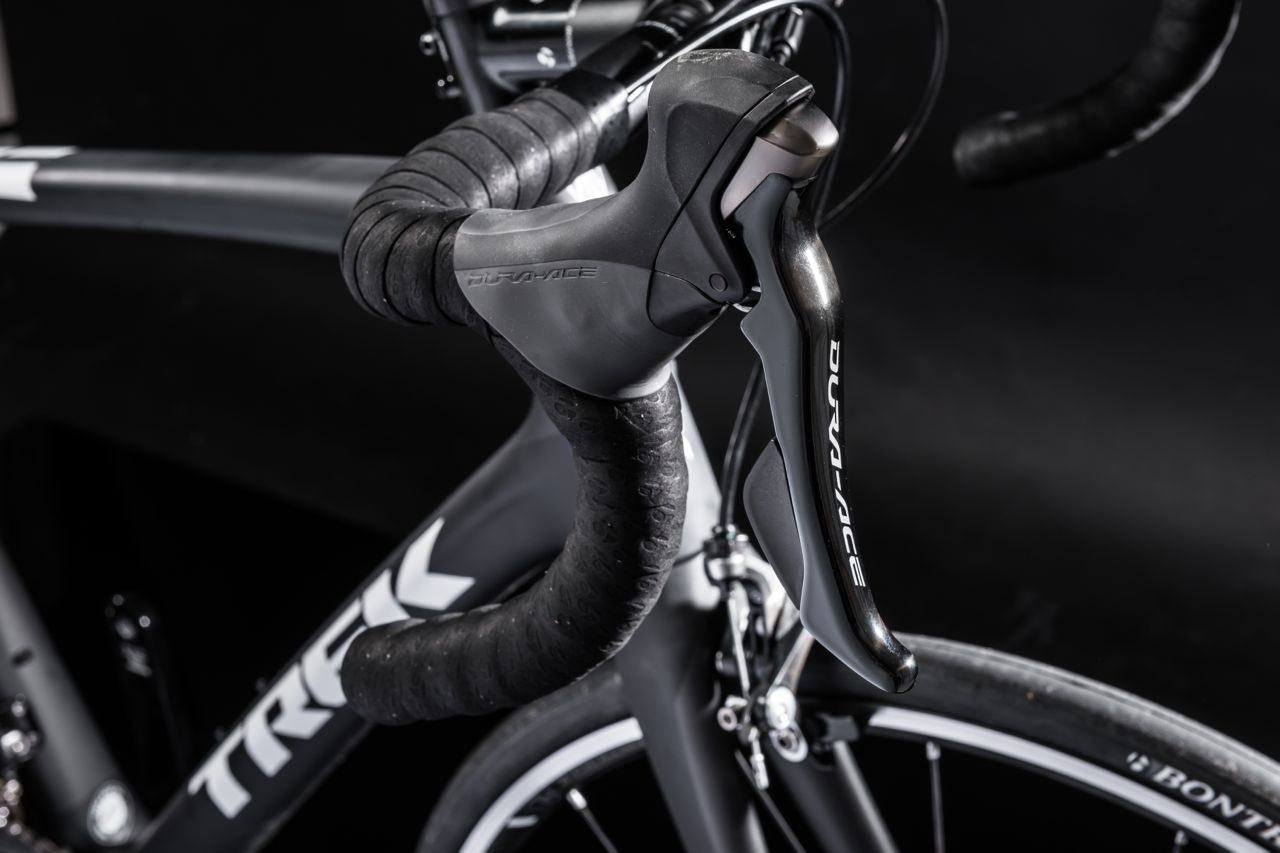 Trek and Cannondale (with the Synapse) are the leaders in endurance road bikes designed to be ridden in anger, and if you want to let fly on the Domane, it’ll more than oblige. The one caveat is that you wouldn’t want to stick tri bars on this, because the taller head tube would reduce the aero benefit.

Added to the mix is excellent handling. With other endurance-focused road bikes, we’ve found descending to be somewhat uncertain, feeling like you’re high up and precariously perched. Not so with the Domane. It’s grounded solidly to the road and handles precisely without ever feeling twitchy, giving you the confidence to really push it through corners and downhill.

The groupset is Shimano’s Dura-Ace 9000 drivetrain in its entirety and it’s worth saying once more just how good it is. Shifting is crisp, the power in the front is astonishing, and moving up/down is rewarded with a light lever stroke but a reassuring clunk when the chain moves into place. 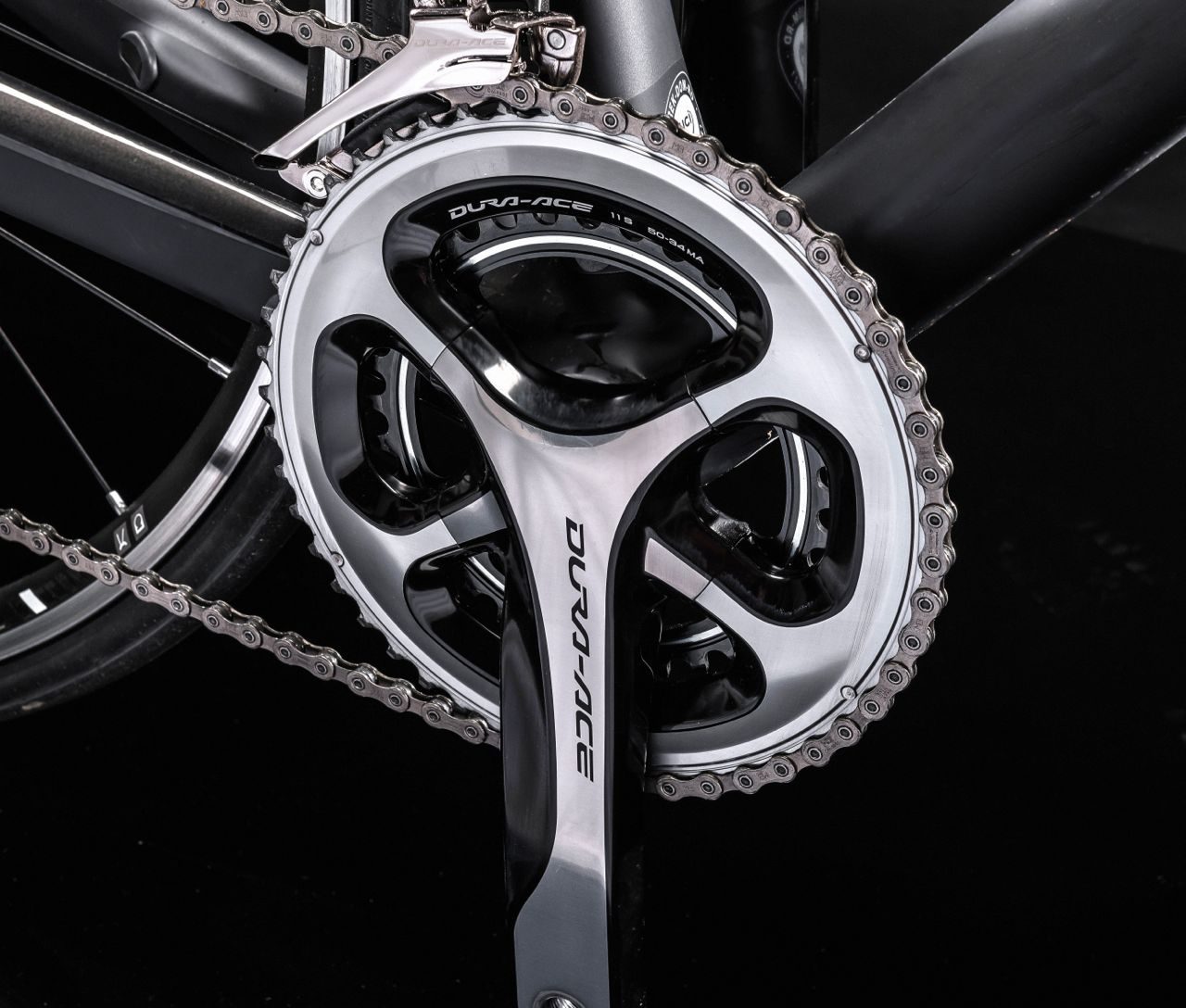 The Shimano Dura-Ace 9000 crankset might be polarising with its looks, but gets the job done extremely well

The brakes are of a similarly high calibre and combine superb stopping power with excellent sensitivity. Underneath, the Bontrager RXL wheels are a very capable set of aluminium clinchers that are tubeless-ready, which is a nice little extra. They won’t zip you along like a full-on set of race wheels, but they’re light, responsive and a cut above the standard wheels you often find specced on bikes like this.

Three-and-a-bit grand might be a big spend, but you’ll be adding a whole lot of class to your garage for the price. Or, for just £1,000, there’s the Domane 2.0, which shares a lot of the 5.9’s top-notch genealogy.

Verdict: A stunning bike. Amazing comfort coupled with a penchant for speed. If you want to get out and ride no matter what the terrain or conditions, this is the one – 90%