English teachers have an irrational dislike of the word nice. Mine did, at least. ‘It’s too vague,’ they’d complain. But if that were true, why is the word so commonly used?

The reason is that, for some things, nice is a perfectly apt description, like a nice cup of tea. And the same is true for Pinnacle’s Dolomite Six; it’s a nice bike – nicely specced and nice to ride.

What we’ve got here is a bike designed to appeal to as wide a range of people as possible – a jack-of-all-trades road bike priced to fall within the Bike2Work scheme. “The Dolomite is intended for road riding, not necessarily racing,” explains Pinnacle’s James Olsen.

In other words, the Dolomite Six is designed to be a bit tamer than an all-out race bike. “There are mudguard mounts and the head-tube angle is backed off [to 72°] so it handles more like a ‘Spring classics’ bike,” adds Olsen.

But it isn’t so calm that all its competitive instincts are compromised; it has a carbon fork with a tapered steerer tube, an aluminium frame with a horizontally ovalised top tube and almost full internal cable routing. 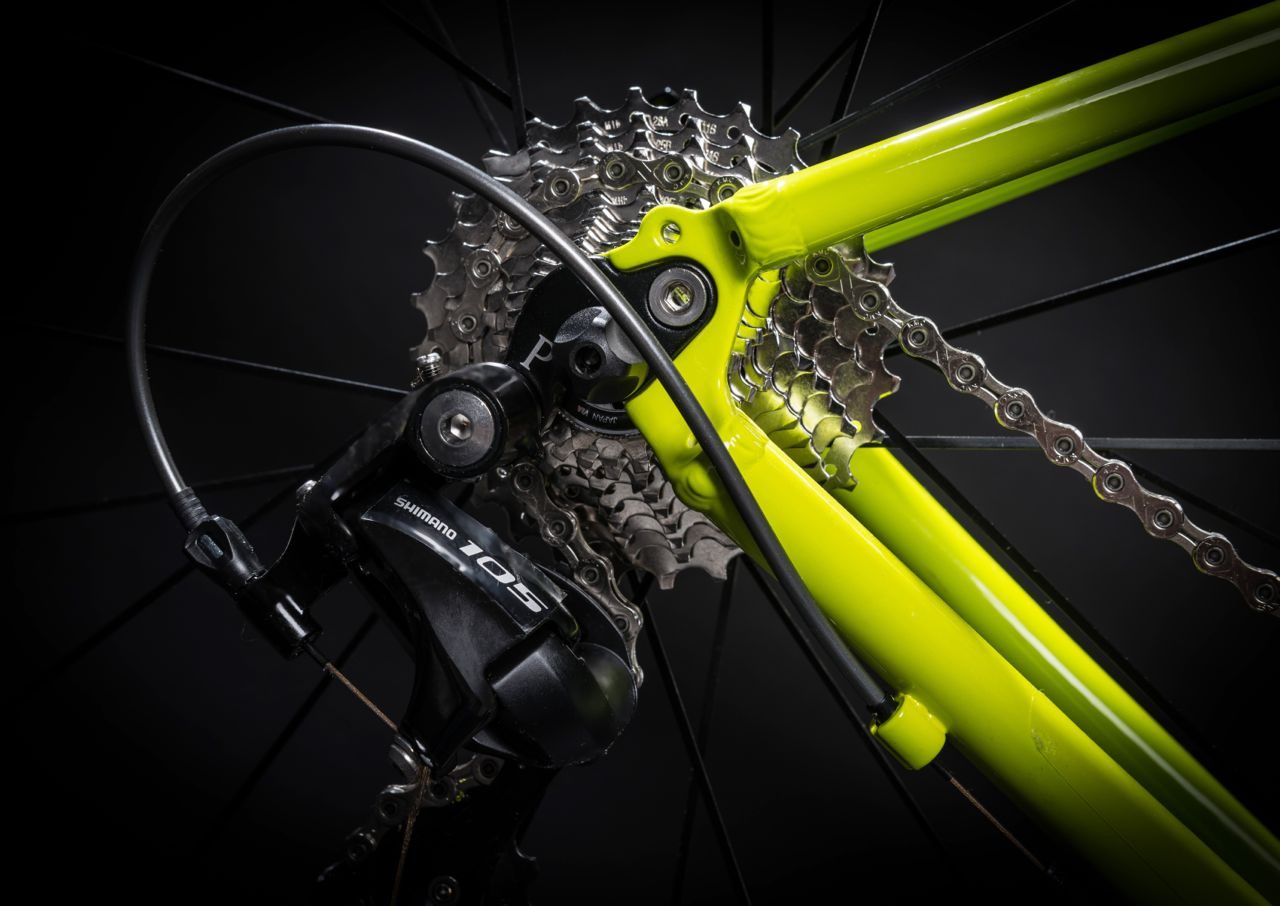 The ever-reliable and ubiquitous Shimano 105 forms the drivetrain

An 11-speed Shimano 105 groupset forms the drivetrain with a 50/34t chainset and 11-28t cassette, giving it a range of gears that are as comfortable on the climbs as they are convenient for the commute. Shimano also takes care of the wheels with its RS21 clinchers, which are wrapped in Continental Ultra rubber, while Pinnacle provides the saddle, seatpost and bars.

At ease in every situation

The Dolomite Six isn’t as sprightly as a stiff, flyweight racer but it’d be wrong to expect that. It weighs 9kg and is mostly made from round metal tubes. It may not leap forward with every tiny push on the pedals but it doesn’t just sit back and soak up your efforts either. It repays whatever energy you put into propelling it forwards with smooth and composed motion. 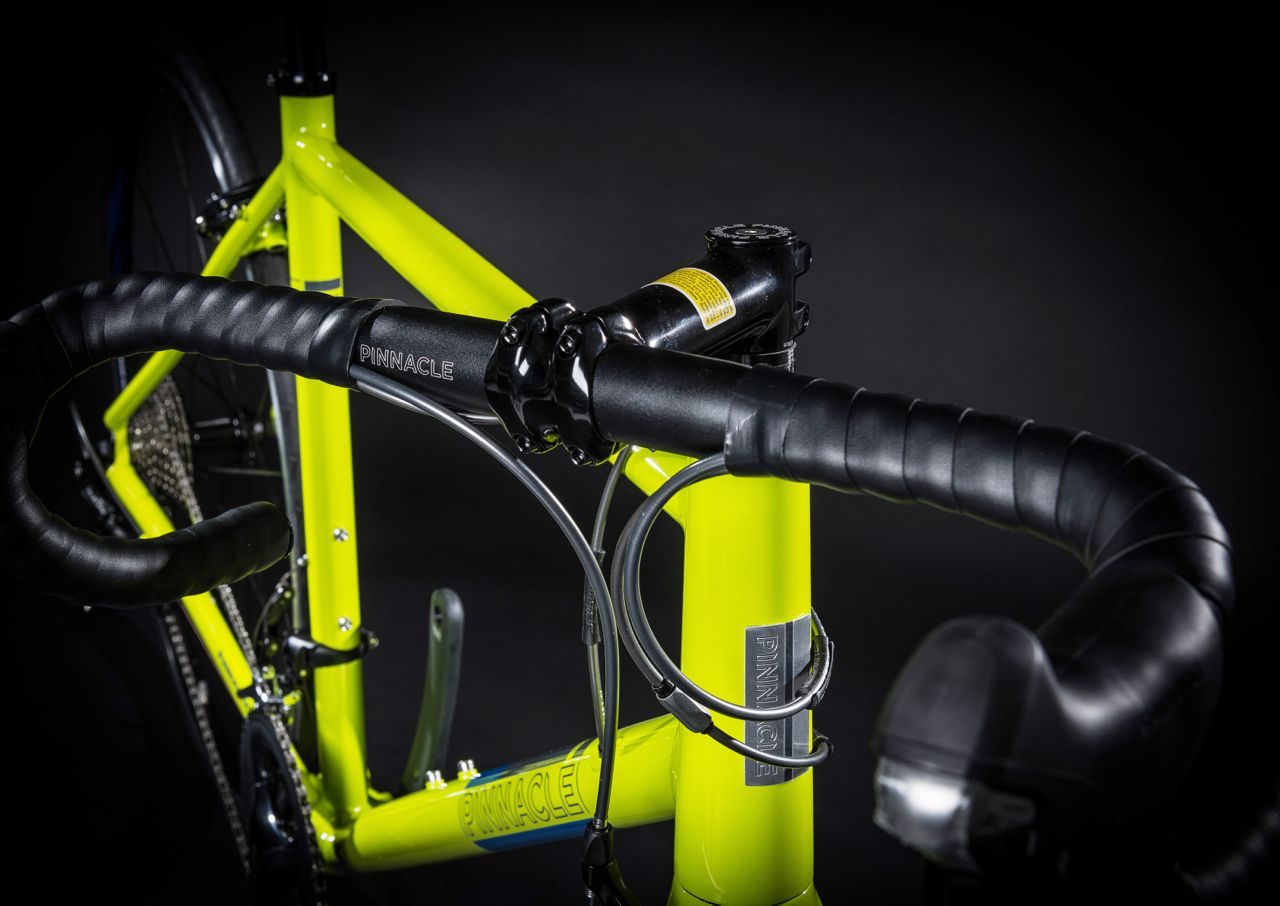 Compared to a true racing thoroughbred, the bars are produced at a more conservative 72° head angle for added comfort and ease of handling

There’s not that frenetic, chomping-at-the-bit restlessness you get with single-minded race bikes because it has to do more than simply get you to the finish line ahead of everyone else. The Dolomite Six also has to get you to work during rush-hour traffic; it has to get you over hills when you’re getting into shape; and it has to get you through long rides over all sorts of roads in all sorts of weather. A carbon race bike could do all that too, but you might get moments when it feels like you’re not using the best tool for the task. With the Dolomite Six, you don’t. 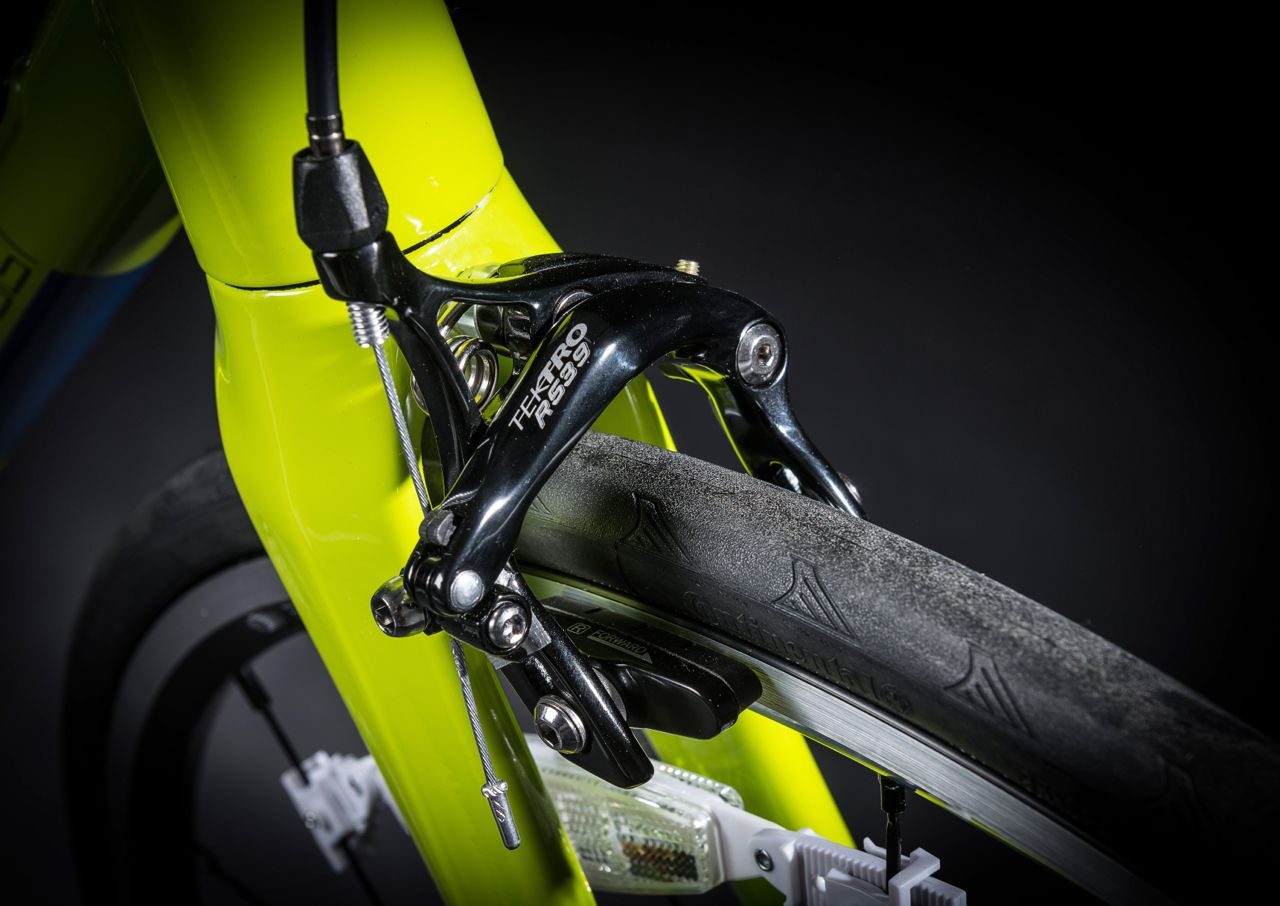 Our only concern came with the tender Tektro brakes; Shimano 105 on the whole groupset next time please

Wide 44cm bars help make it feel stable and easy to control, while wide 25mm tyres help make it a little more comfortable over broken tarmac. All in all, the Dolomite Six is just really nice. All, that is, except for the Tektro brakes, which feel soft and weak compared to the callipers the bike could have had if it’d been graced with the complete 105 groupset. Aside from that, Pinnacle has hit the nail on the head here. It won’t set the racing world alight but it’s a pleasurable bike to ride in all but the most competitive situations. Put simply, it’s nice.

Verdict: It may be a Shrek shade of green but this comfortable, versatile and well-specced ride is certainly no ogre, 84%