Merida are one of the biggest bike companies in the world. There’s a decent chance that, at some point, you’ve ridden a bike made in a Merida factory irrespective of what brand name it had on the down tube. They’ve recently come back to prominence in their own right and currently co-sponsor pro cycling team Lampre-Merida, using their distinctive colour scheme throughout their bike range, including this one.

And that colourway can seem a little odd at first. Certainly the pairing between Merida’s lime green and Lampre’s pink isn’t necessarily the one that you’d choose out of any combination. But the team colours really make this bike look the business and puts it head and shoulders above the competition at this price point in the aesthetic stakes, proving you can get a great looking bike for under £1,000. 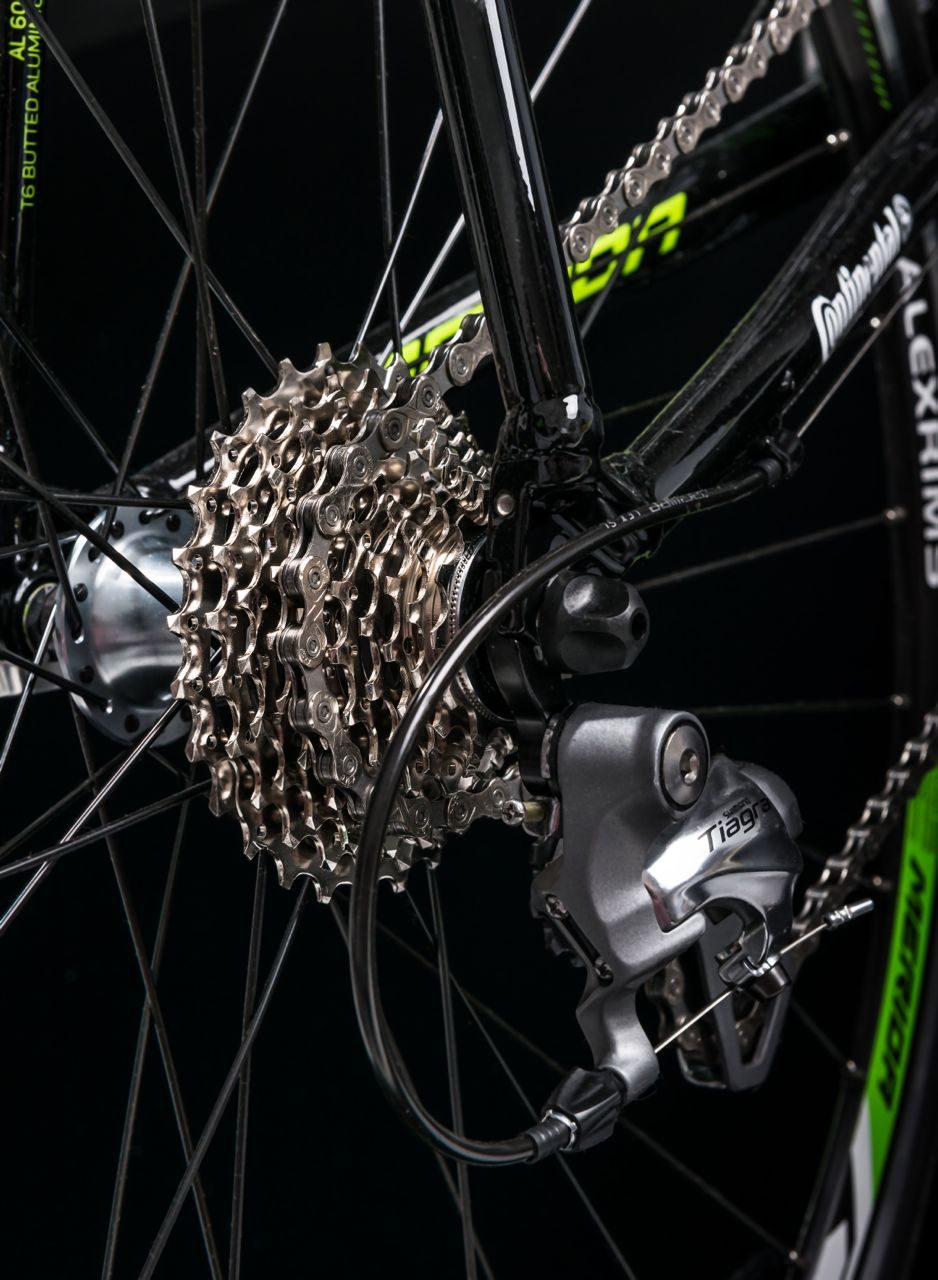 The drivetrain is full Shimano Tiagra, and although it’s by no means the slickest looking option around, it works wonderfully well and mirrors the dual-shifting action of its more expensive siblings. Shifting is responsive and powerful enough that you never have any worries. You won’t want to front shift too readily under a big load but that’s not an issue that’s specific to Tiagra; you can get far more expensive groups that still make you feel slightly uneasy front shifting at certain inopportune moments. The addition of Merida’s own-brand brake calipers is a bit of a money saving exercise, but they perform perfectly well so there’s no reason to argue with the choice.

The 50/34t crankset paired with the 12-28 cassette is a sensible range of gearing given that the Scultura 903 is a more relaxed version of Lampre’s Scultura CF Team rather than the race-ready Reacto Evo. In short, it’s aimed more at sportive riders than budding road racers, which the comfort of the geometry and wide range of gearing reflects perfectly. And it is bloody comfortable. Other than Merida’s own-brand saddle, which we’re not hugely enamoured with, you could definitely put in plenty of miles on this bike without suffering at all. Other than self-induced suffering that is!

At the front, the carbon fork does a nice job of softening the road slightly and the Merida bars and bar tape make a decent rest for your hands, even if you prefer to ride without mitts. It handles capably; you won’t be carving your way down descents à la Vincenzo Nibali but you won’t suffer any stress-inducing moments where the bike refuses to do what you ask of it. 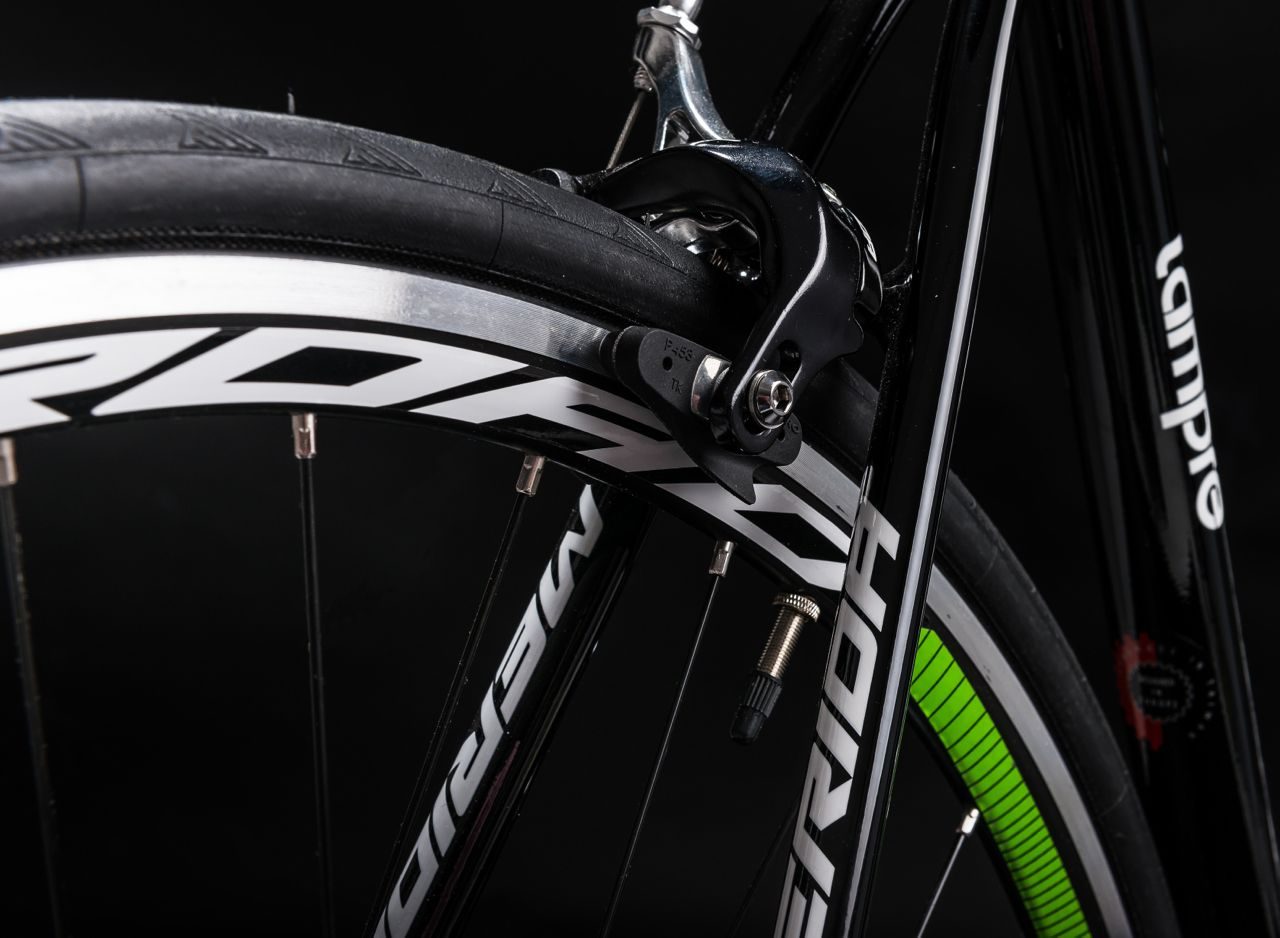 The weakest part of the build has to be the wheels. They’re Tiagra hubs paired with Merida MR500 rims, and add a fair amount of weight to the overall load. A better set of wheels would have put the price up but at some point you’ll likely want to swap them out for a better quality set, which would improve the ride significantly. Having said that, for a beginner or someone who’s after their first road bike, they’ll be more than adequate.

In fact, if you’re after a lower-end bike with a strong look and a comfortable, pleasing ride, you could do an awful lot worse than getting your hands on one of these.