Taking lessons from their popular Warp, Merida’s Reacto is blessed with fast looks. But can it pull off the perfect balance of aero vs comfort to be your one bike for both road and race?

In designing the Reacto, Merida took a long look at their Warp TT bike and worked out what they could apply from that to the road. The frame they ended up with scored very highly in German magazine Tour’s comprehensive aerodynamic testing, only being bettered by Cervélo’s S5. In short, impressive. 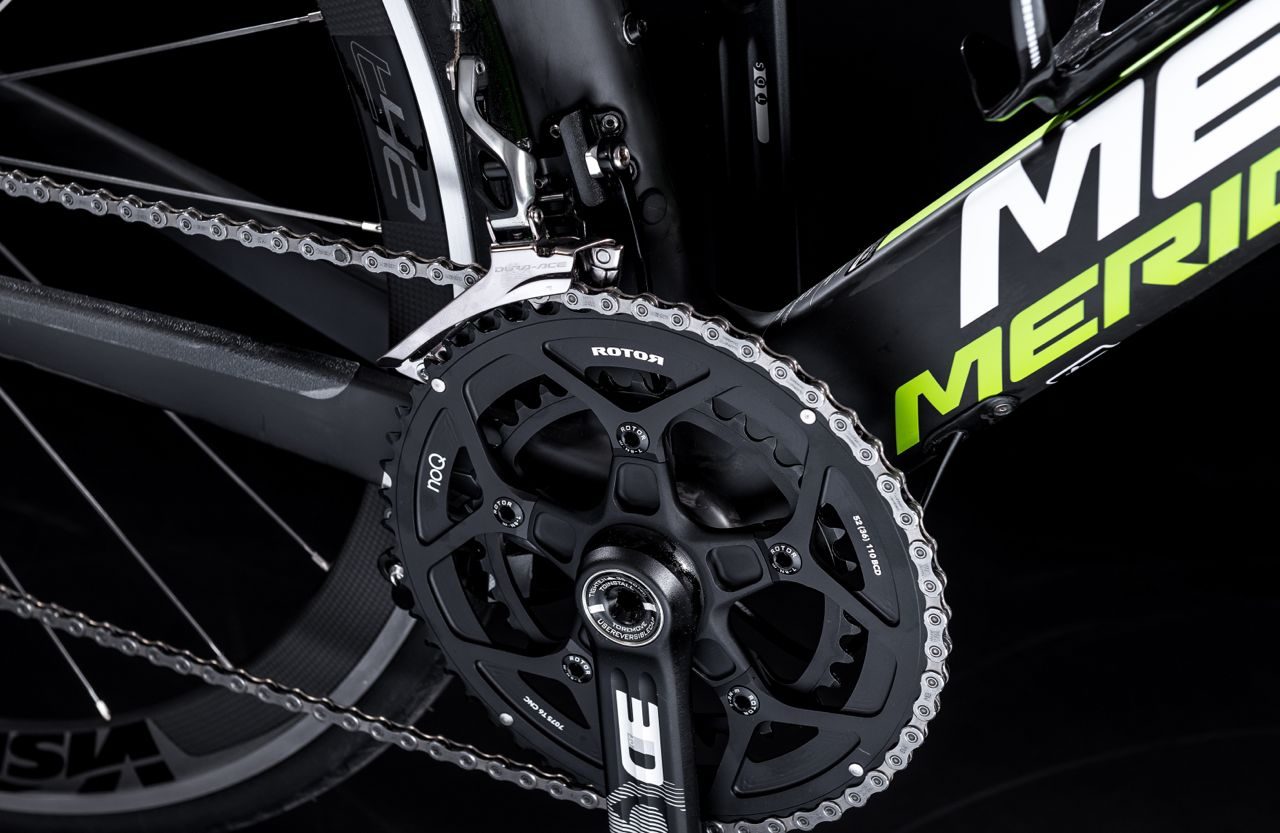 The groupset on the Reacto is a bit of a mish-mash: shifters and derailleurs are Shimano Dura-Ace, the crankset is a Rotor 3D, brakes are Tektro direct mount and the cassette is Shimano 105. Functionally, this doesn’t make a huge difference, although we found that front shifting isn’t quite as crisp with the Rotor chainrings as it is with their Shimano equivalents. That’s not to say that shifting is poor – far from it – but the engagement isn’t quite as quick and powerful.

Similarly, the brakes don’t quite cut it in practice. Direct mount is definitely the way forward for rim brakes, as you’ll have more power than standard calipers, as well as more tyre clearance. But the Tektros here aren’t as good as Shimano’s standard Dura-Ace brakes, requiring far more effort at the lever to produce an adequate amount of stopping power. This was even more obvious at the rear. They’re not terrible, but a bike of this quality deserves better.

In terms of the overall ride quality, what surprised us the most was the comfort. Aero road bikes are designed with one goal in mind – to cheat the wind. But this doesn’t always manifest itself in an equally comfortable ride. Usually, it’s quite the opposite. But the Reacto brings an astonishing level of comfort along with its aerodynamics. 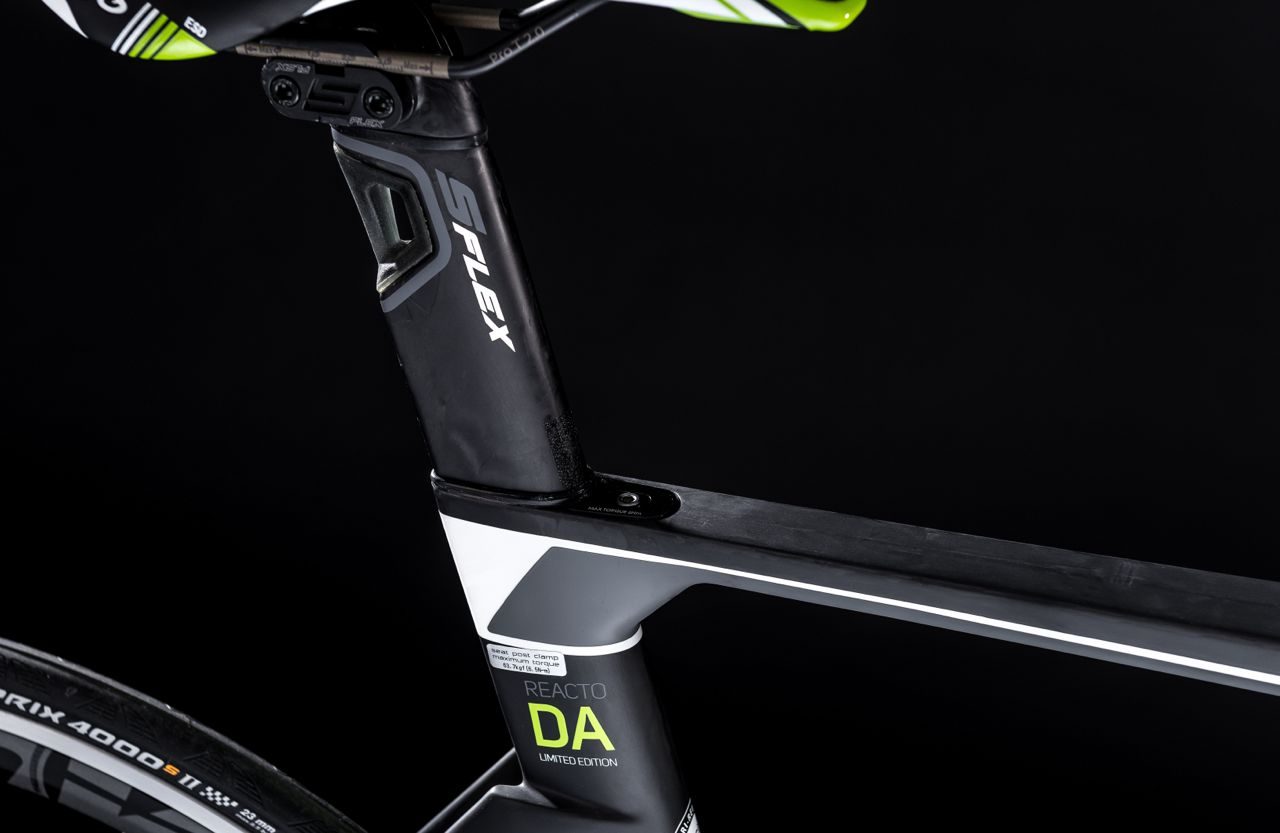 One of the most visible attempts to add that comfort is the S-Flex seatpost, with its cut-out filled with an elastomer insert. The idea is that this flexibility will absorb bumps as you ride. It’s hard to quantify how much the post really affects ride quality, but what we can say is that the Reacto’s easily comfortable enough for an all-day ride. 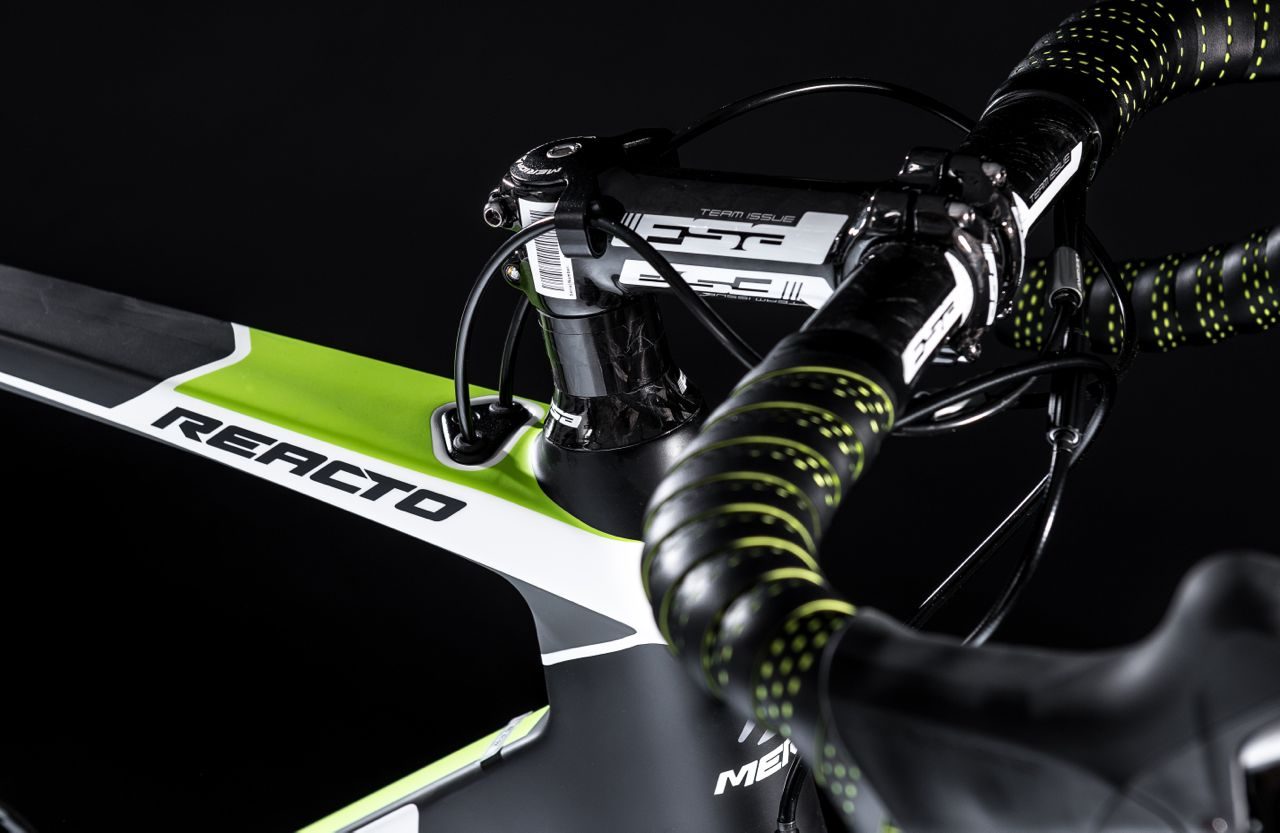 Elsewhere, the FSA carbon stem and bars add a classy finishing touch to the build. We’ve always been a fan of FSA’s bars, and these team-issue shallow-drop offerings make it comfortable enough to ride in the drops for extended periods of time, even if you don’t have the snake-like flexibility of the pros. We found Merida’s own-brand bar tape a touch harsh, however, but it’s easily and quickly replaceable.

Vision’s T42 wheels are a good choice and strike a pleasing balance between aerodynamics – with their 42mm deep rims – and braking, as the brake track is aluminium. They’re a definite level above the middling alu clinchers you often find on mid-price builds and would be perfectly capable if you want to race as well as train on them. 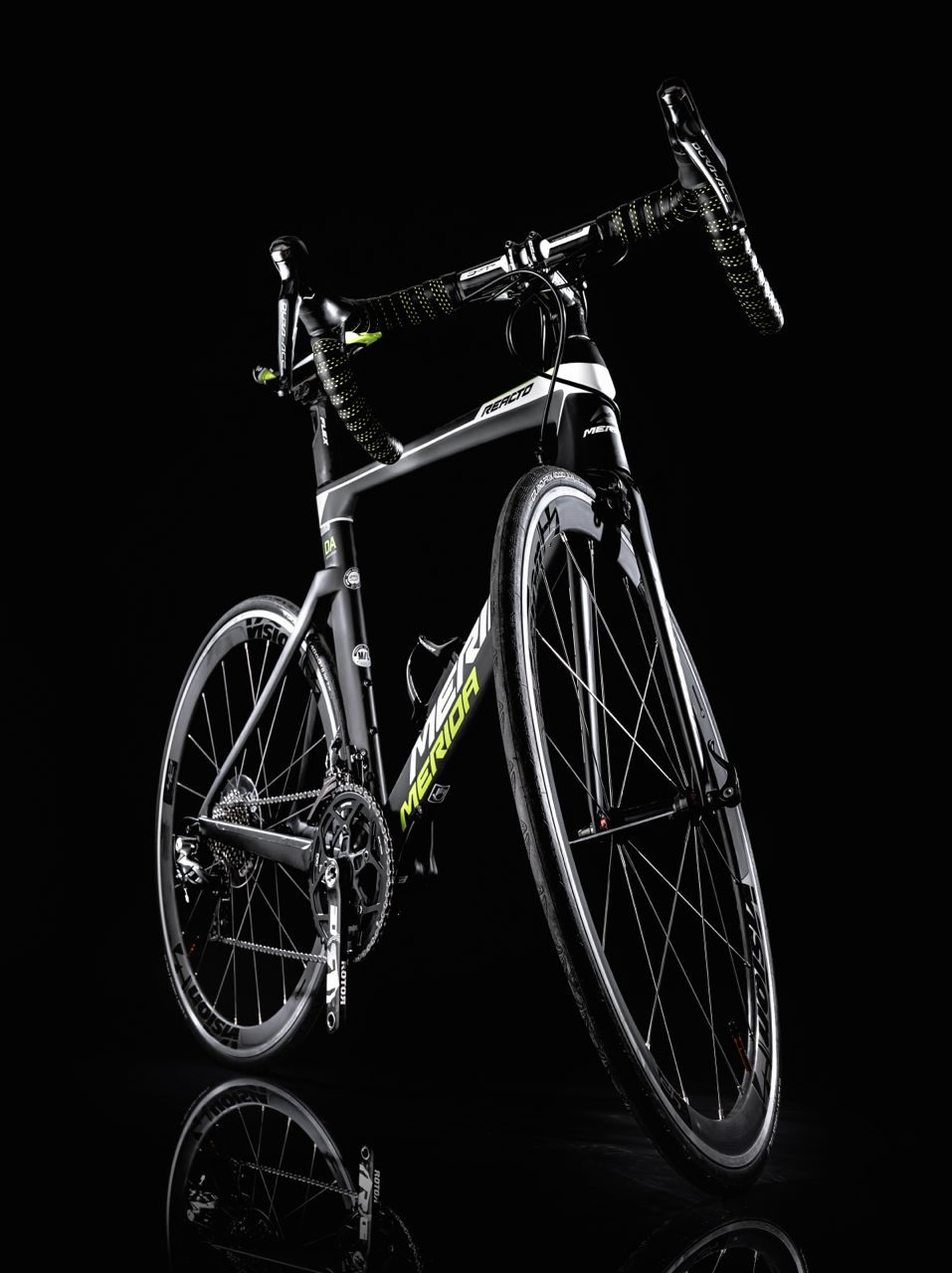 In fact, the whole build is good enough to justify buying a set of aerobars and going full racing mode. Indeed, if you were caught between whether to buy a road bike or a full-on tri bike, this would be an acceptable compromise.