Kona are far better known for their mountain bikes than their road offerings, but they’re determined to crack the road market with their new three-bike range – the Zing, the Zing Deluxe and the Zing Supreme, which all certainly look the part. But do they offer the ride quality that would tempt us to switch from more established brands?

They’re off to a good start by outsourcing their frame building to craftsmen of the highest order – Italian carbon experts, Dedaccai. And while there are aesthetic points we’re not fans of – the unsightly gap between rear brake cable and top tube being one – the colourway did grow on us after a while. The matt finish is also nice, although after just a few rides the paint had begun to peel off around the rear dropouts, so we’d worry about this in the long term. 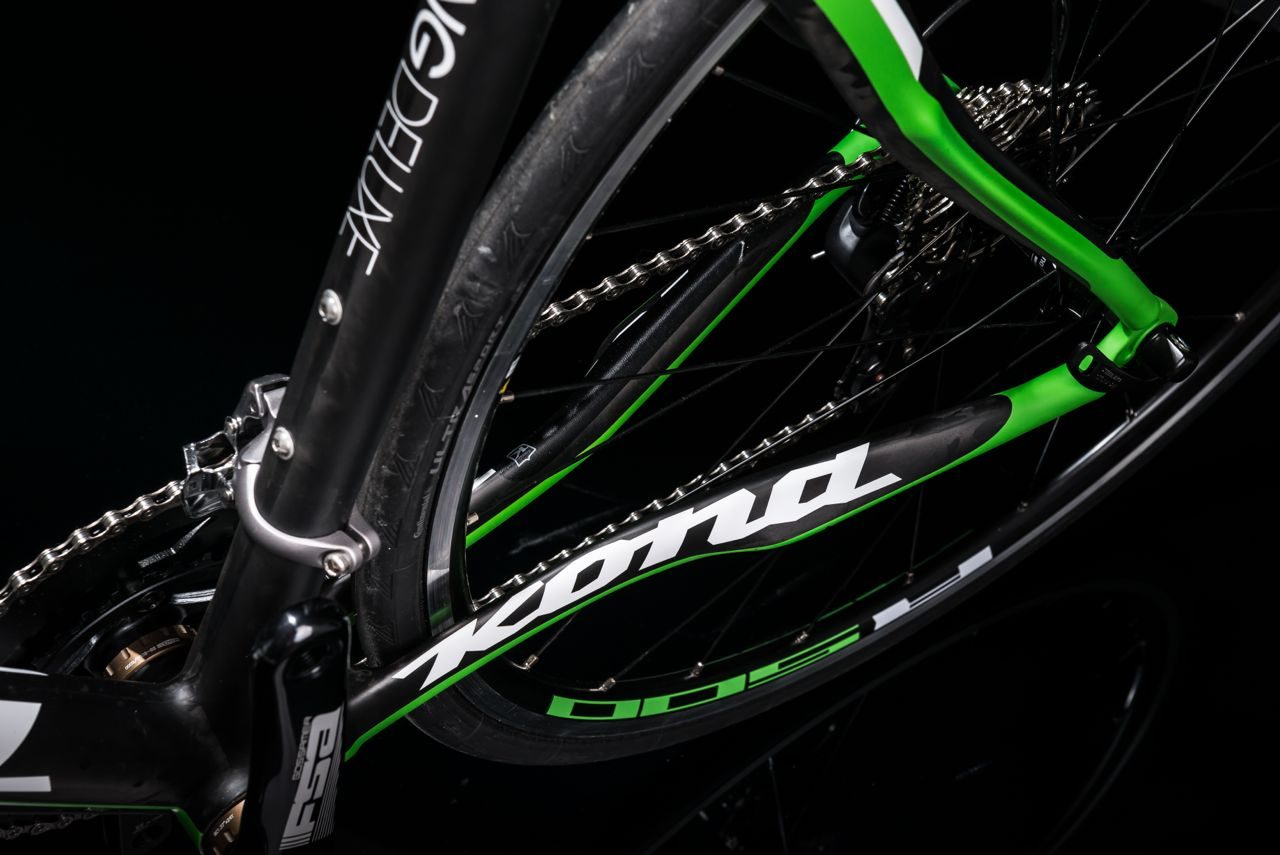 In terms of ride quality, Kona claims that the unusual shape of the seatstays and chainstays increases vertical compliance as well as lateral stiffness – but who doesn’t claim that? And while we haven’t got the facilities to scientifically test those claims, we found the Zing DL to be perfectly comfortable on long rides, with nothing to suggest that stiffness was anything less than adequate.

We did notice that the slightly shorter top tube and longer head tube, combined with the short Kona own-brand stem, meant that we were sitting in a notably more upright position than we’re used to – a definite sign that the Zing DL is aimed more at the sportive crowd than prospective racers. That’s worth bearing in mind, because it means that mounting a set of clip-on aerobars will have less effect than on a more aggressive road bike.

An irritant comfort-wise was Kona’s own-brand saddle: it’s horrible. There’s far more padding than you’d ever need on a road bike. There’s just no way you’d want to ride all day on something that makes you squirm after 45mins. 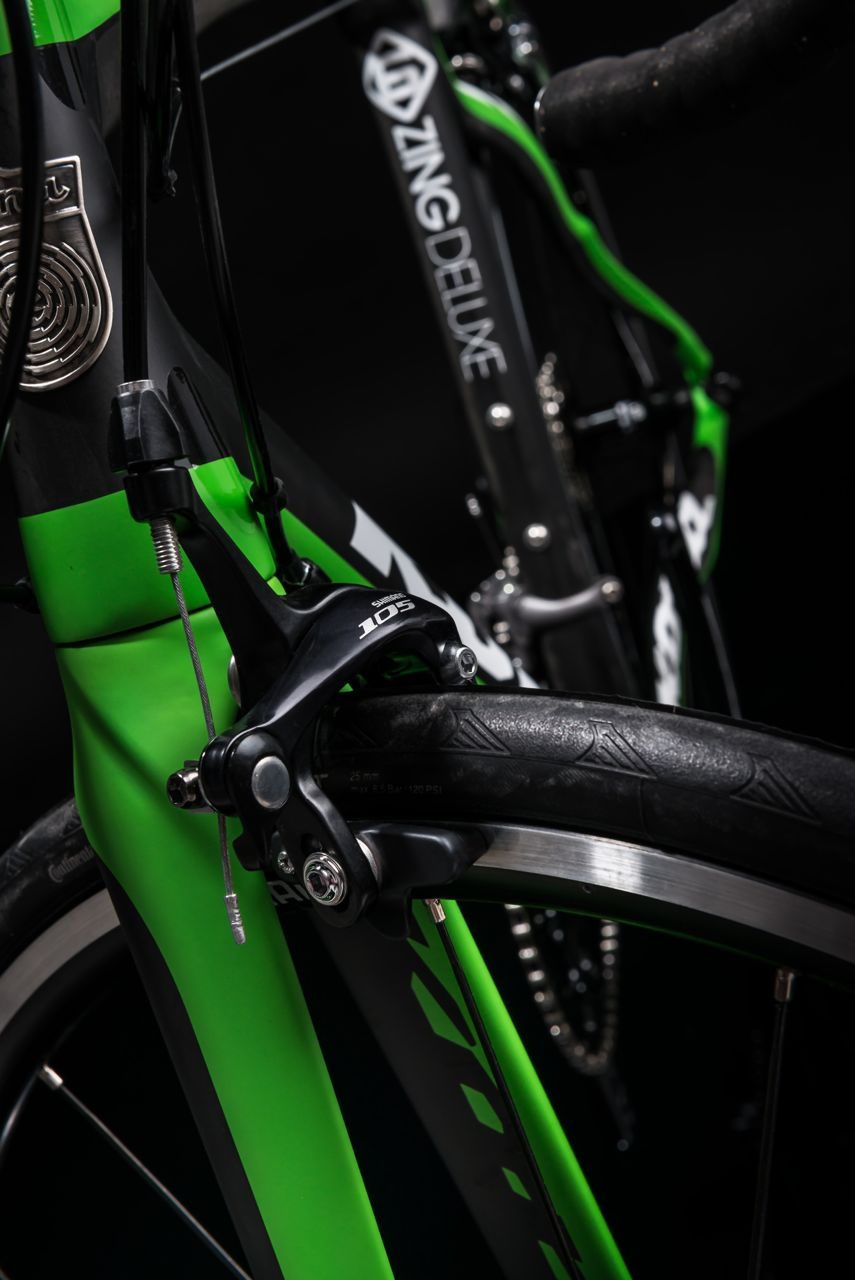 Spec-wise there’s nothing outstanding about the build. The FSA Gossamer crankset is common on bikes at this price point and we’ve never had any problems with it. The groupset is Shimano 105 which, as we’ve said before, is a solid system and more than adequate for pretty much anything you could want to do. Shifting is crisp and precise, the shifters being easy to use both from the hoods and drops and a nice size to rest your hands on.

Wheels are Shimano R501s which, again, are common at this price point. Yes, they’re heavy, but you wouldn’t want to get your race set out for training anyway, and you can always swap them out if you already have something more exalted.

There isn’t one place in which the Zing DL really excels, but there’s nowhere it falls flat either. It’s light enough that climbing is perfectly pleasant, but you won’t be dancing away like Nairo Quintana unless, of course, you actually happen to be Quintana himself. On the flat it’s a little harder to get down low due to the geometry, but you never feel like you’re being held back. Handling is steady, and even if, on the whole, the Zing DL errs on the side of cautious rather than exciting, you’ll be getting a solid bike upon which you can rack up the miles. 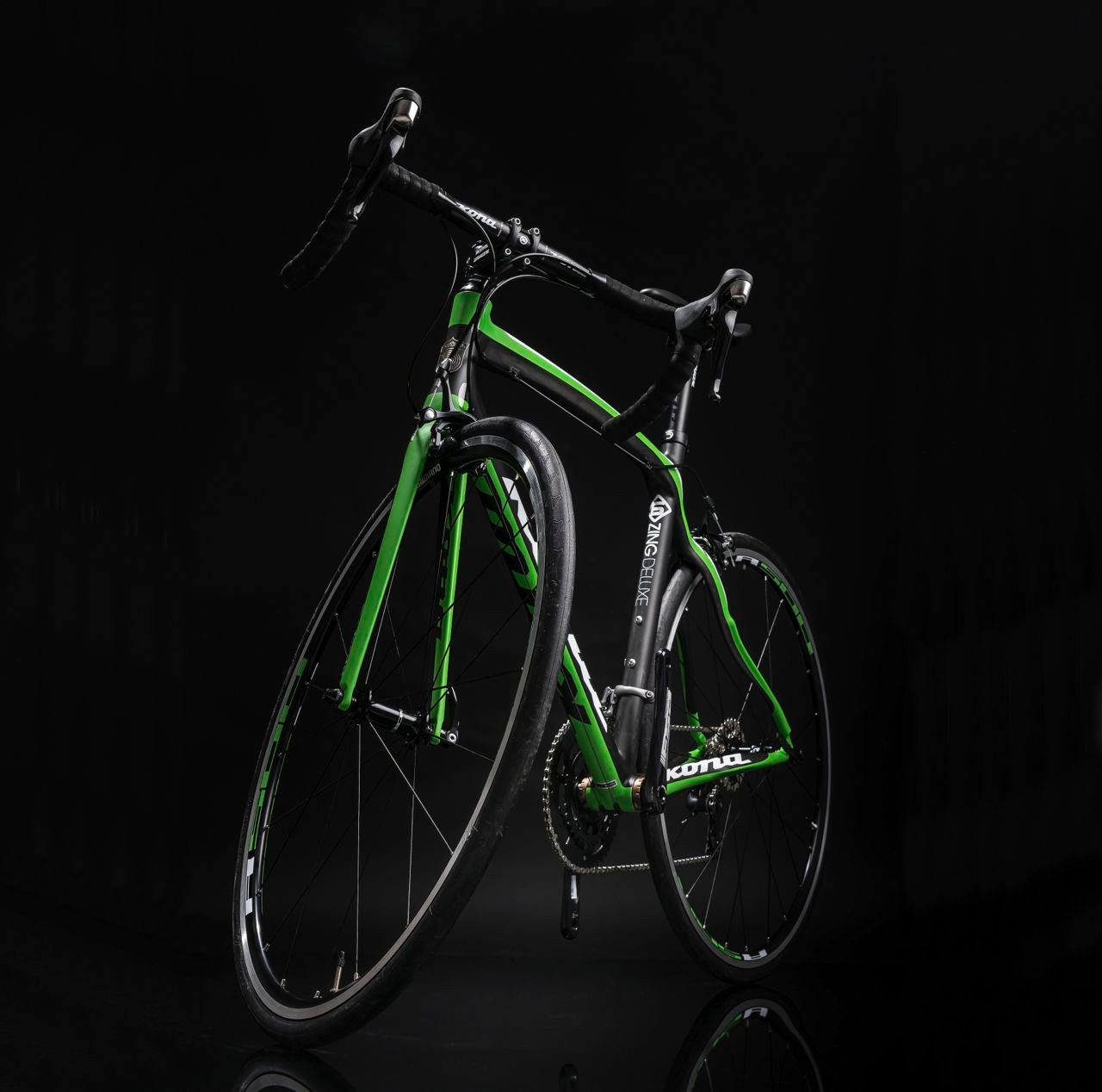