Mario Cipollini is one of the most colourful characters professional cycling has ever seen. Since retiring, the ‘Lion King’ has tried to bring the same panache he brought to road racing to his own brand of bikes. And the Bond – the fourth bike in the Cipollini range – possesses the muscular style you’d expect on anything bearing his name.

The word on Cipollinis is that they’re stiff. Super stiff. To the point where those of us not blessed with Milan-Sanremo-winning sprint power might find them too uncomfortable for everyday riding. But the Bond breaks that mould somewhat. In fact, the Bond literally breaks the mould because it’s not a monocoque construction, unlike the other Cipollini frames. 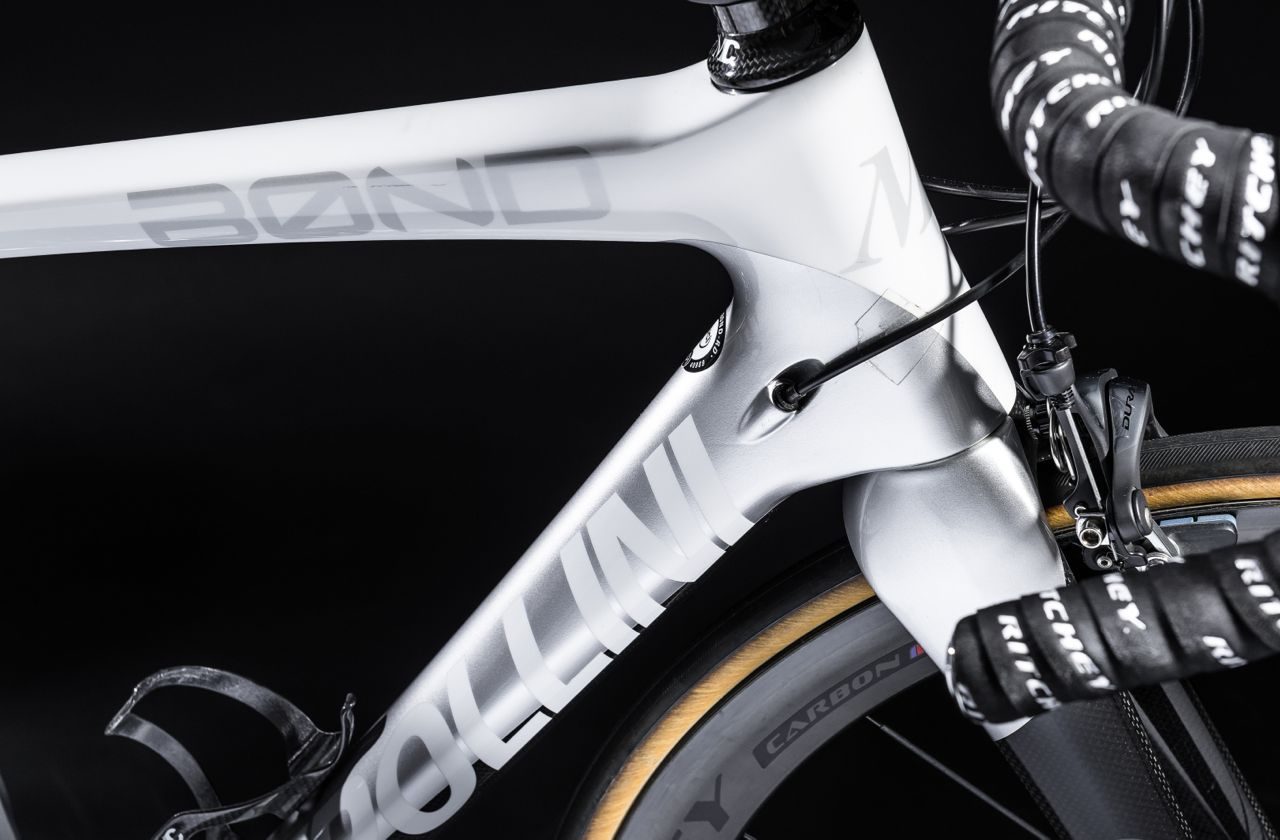 The front triangle is one piece, the seatstays form a second v-shaped piece and the two chainstays constitute two more, which are bonded together to form the frame. If you flip the Bond upside down, you can see how the chainstays form the sides of the bottom bracket shell. It’s a really interesting design, and nobody can accuse Cipollini of lacking innovation when it comes to framebuilding. 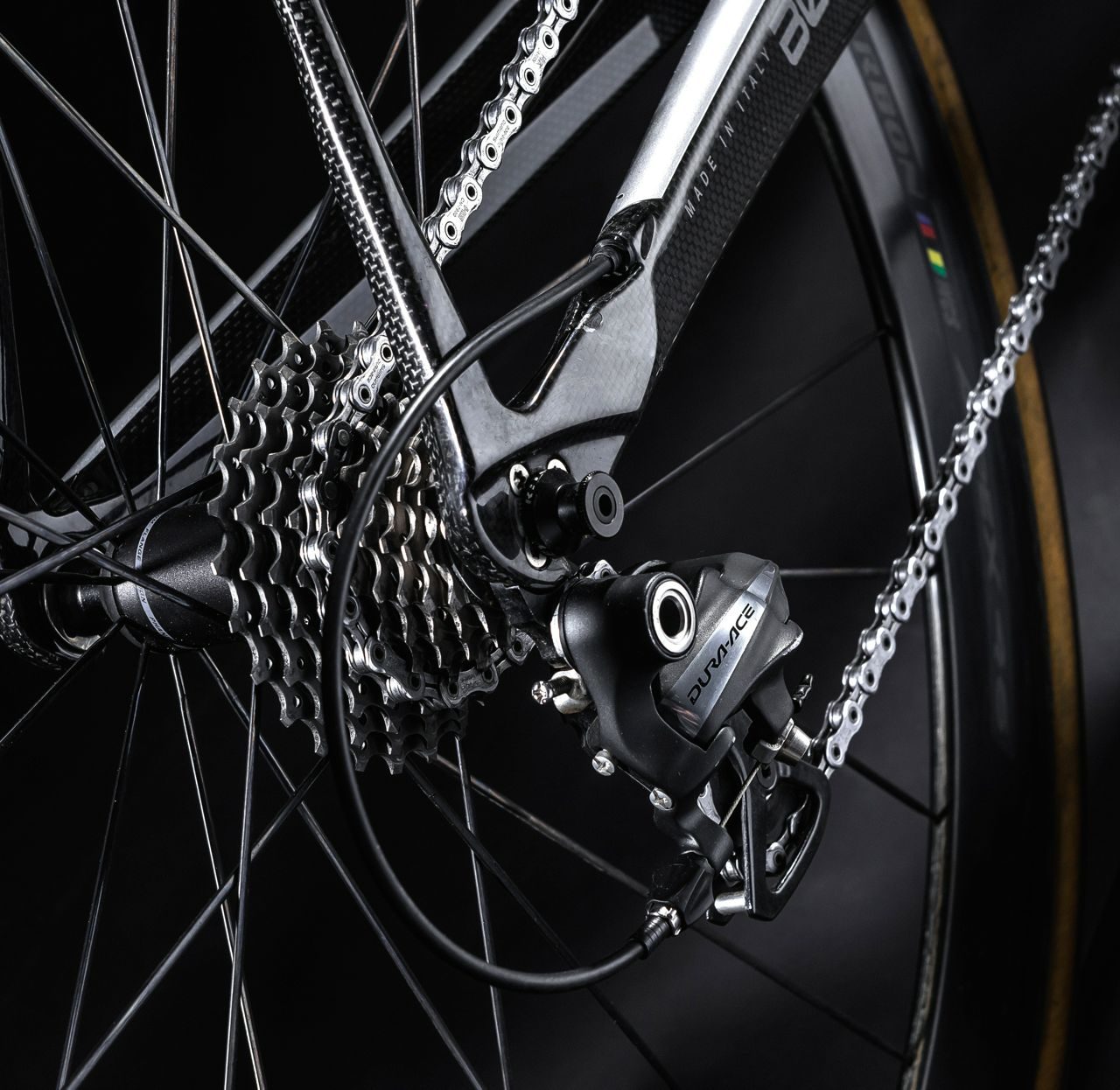 Cipollinis are only available as framesets in the UK, so our test bike was built up with a host of fancy kit selected by distributors Paligap, including a 10-speed Shimano Dura-Ace 7900 groupset. The drivetrain was paired with a set of Ritchey WCS Apex II wheels, sporting a set of Challenge Criterium open tyres. All of which made for a pretty fancy set-up on its own, before we even judged the frame itself.

We were prepared for a rough ride on the Bond, partly owing to the stiffness of the frame and partly due to the state of the roads on which it was tested. But it was a perfectly pleasant ride. 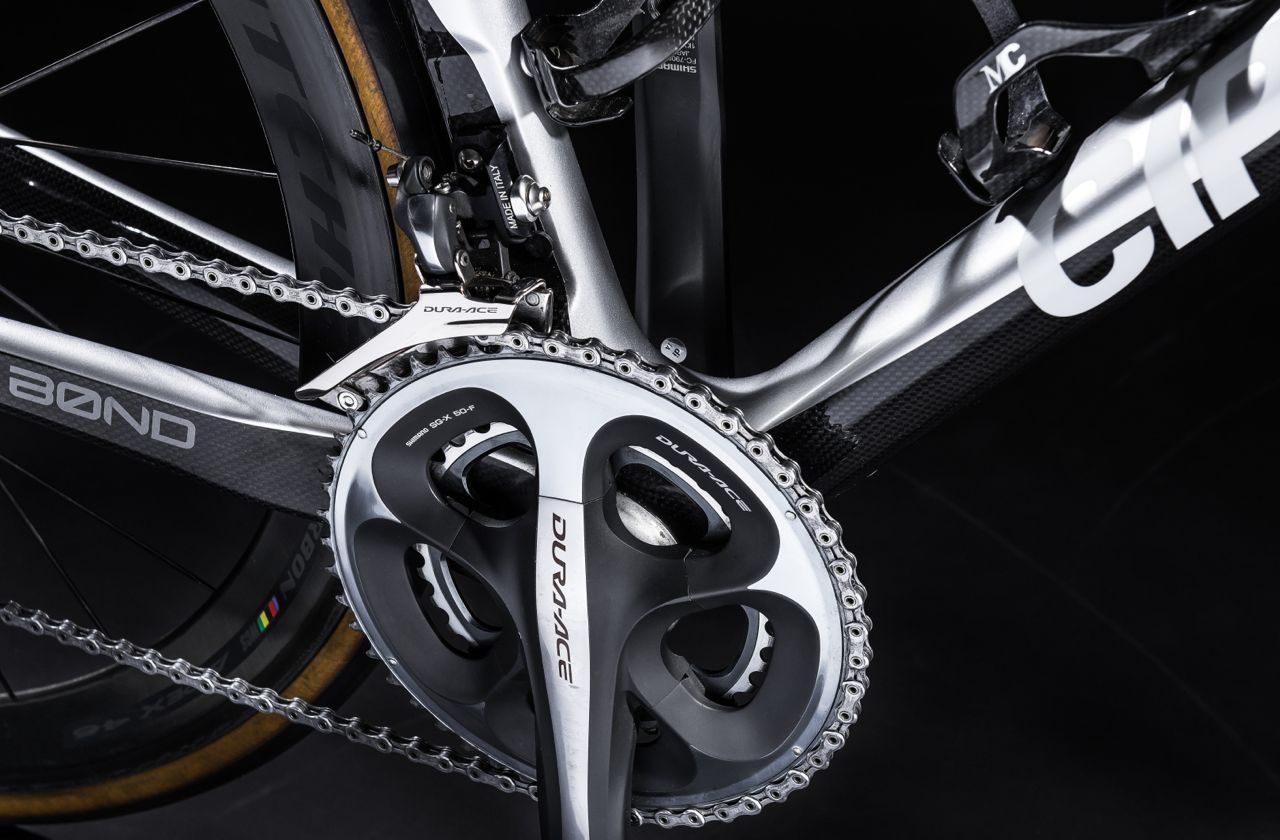 Available only as a frameset in the UK, you can spec the Cipollini Bond with your preferred selection of components

When it comes to sprinting or climbing out of the saddle, though, you’re instantly rewarded for your efforts, making riding the Bond an awful lot of fun. In fact, we haven’t enjoyed riding a bike this much in quite a while, and just having it around made us want to get out and ride at every opportunity. Certainly, anyone worried about the ride quality given the bonded frame would be reassured within the first few kilometres in the saddle.

The Ritchey wheels are also an excellent complement to the frame. The 46mm depth is right in the sweet spot for a road bike, striking a solid balance between aerodynamics and weight, and definitely adding more than just aesthetic enhancement to the ride. 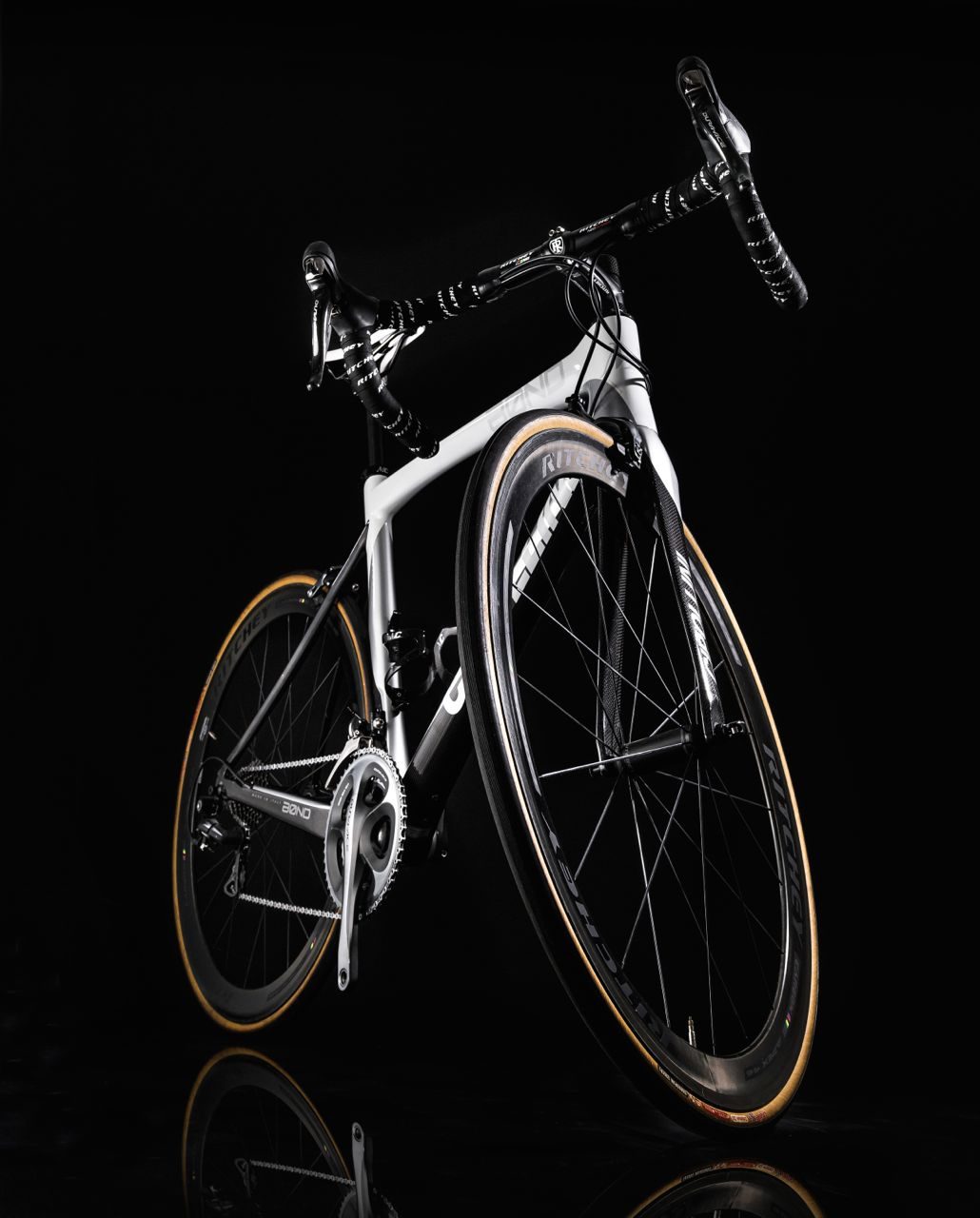 Another superb extra are the Ritchey Neo Classic handlebars. Their classic shape and shallower curve of the drop will suit pretty much any type of rider, plus they’re extremely comfortable despite being aluminium, which can often be harsher on the hands than carbon. At £70, they’re a great set of bars for the price.

Verdict: A fantastically enjoyable bike to ride, but coming as frameset-only makes it less accessible for the majority of readers, 89%