More than 125 years ago, Edoardo Bianchi started making bikes in a small shop on Milan’s Via Nirone. Bike fanatics have been dreaming in celeste, Bianchi’s trademark blue/green colour, ever since.

The Sempre Pro frameset is the second tier of the Bianchi range, just behind the Oltre XR2. But don’t make the mistake of thinking you’re settling for second-best by choosing the Sempre…

Out-of-the-box, the frameset is stunning, both aesthetically and functionally, and whether you choose the matt black of our test model or the classic celeste finish, it’ll draw plenty of covetous glances out on the road. Build-wise it’s a smart deal, just a few concessions, which you’d expect at the price point. The drivetrain is Shimano Ultegra 6800, while the crankset is a compact 50/34t FSA Gossamer, same brand as the brakes.

The crankset might seem concessionary, but there’s only 5g between the claimed weights of that and the Ultegra equivalent. Having used both, we’d have preferred to seen the Ultegra crankset matched up with the rest of the groupset. But it’s by no means a deal breaker. 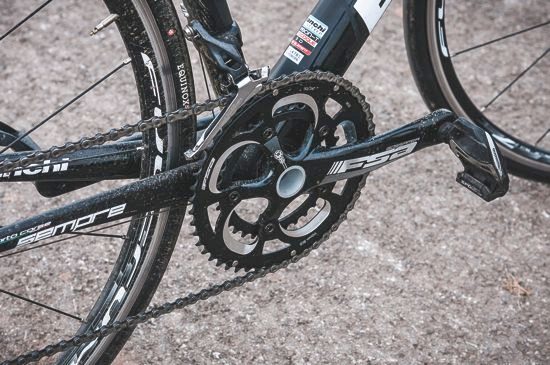 Although the Bianchi branding looks great on the FSA calipers, the brakes are slightly more of an issue as we’d have loved to have had the increased performance that comes with the remodelled 6800 dual-pivot set.

And while you certainly won’t be braking early to make up for a lack of power, they could’ve been better at riding down steep descents. We’d definitely have liked the assurance that comes from knowing there’s a little more stopping power should you need it.

What you put in

As is often the case with bikes around this price point, the biggest compromise is the choice of wheels. Fulcrum’s Racing 7 wheelset is pretty basic, and adds an unfriendly 1,750g to the build without tyres or tubes. But you’re not going to argue with them for training, where being as light as possible shouldn’t be your top concern.

As with pretty much any bike, stick a set of ultra light or race wheels underneath and you’ll change the complexion of the ride. Although the supplied Fulcrums aren’t ideal, they don’t turn the Sempre into an unenjoyable ride. Far from it: we enjoyed riding the Sempre on every type of terrain. 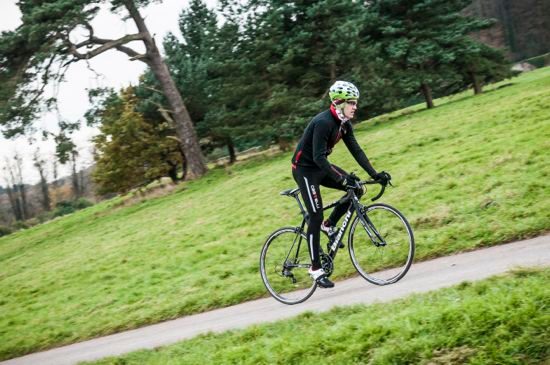 The Androni Giocattoli team chose the Sempre as their weapon of choice at the 2013 Giro d’Italia and, if you ride it hard, you’ll receive exactly what you put in. For a bike that’s obviously been built with racing in mind, it’s also comfortable enough to put in the hours on without feeling like an old man afterwards.

Yes, if you’re used to riding something with a higher head tube and shock-absorbing stays you’re going to notice that the ride’s a bit harsher, but compared to a lot of other carbon racers we’ve ridden, this one seems to find a bit more comfort without a noticeable sacrifice in stiffness. Basically, the Sempre is just great fun.

Stick a set of clip-ons on the front and you could definitely race on it. And although it’ll never match a full-on tri bike the ride quality alone would tempt us. It’s an incredibly upgradable frame, too.

Change the wheels, swap out the FSA aluminium finishing kit for some lighter offerings, add a few more touches and you could pare this down to a true featherweight racer.

Sempre means ‘always’ in Italian, and this is one bike you’ll always enjoy riding. It’s up there with the very best at this price point.