Sorry folks, but winter is a-coming. So which of these four will suit your visibility needs when the sun goes down? Mike Anderson lights the way… 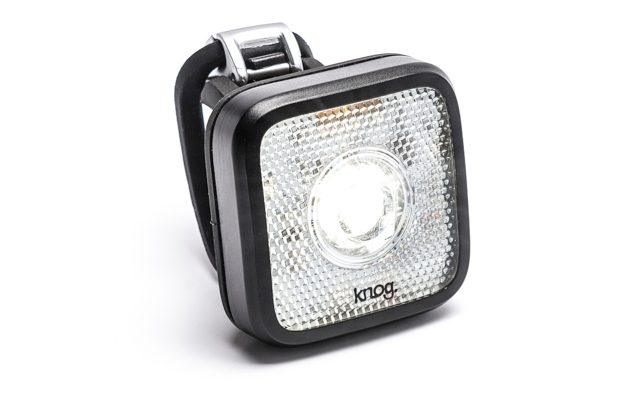 Kicking out a respectable 80 lumens, Knog’s Mob Eyeballer is a good little ‘be seen’ light. It uses one large LED to give five functions: two full, two flashing and one called ‘eco flash’ that flashes every 2secs. Knog reckon you’ll have about 4hrs of ride time with the full-power constant beam and up to 50hrs on eco flash. A full charge takes 4-5hrs with the integrated USB plug that forms part of the wraparound bar mount. The mount itself is rubber and fastens with a handy little clip, plus you get a spare mount in case the worst happens. Our one concern is in the durability stakes, where the only thing stopping muck getting into the charger is the fact that it’s face down, so how long it’ll last in truly terrible winter weather remains to be seen.

Verdict: A good little light that will make you visible on lit roads, 80% 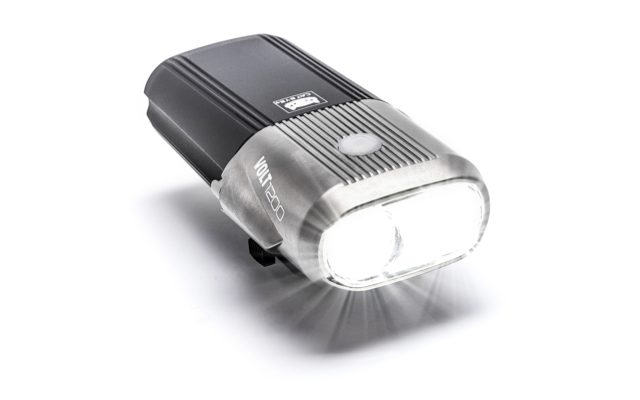 The Volt 1200 is the bigger brother to one of our all-time favourite lights: Cateye’s Volt 700. As the name suggests, it gives out a massive 1,200 lumens, making it capable of lighting the way even if you venture somewhere that doesn’t have street lights, or fancy a casual bit of bike potholing. It has five functions, including what Cateye calls ‘hyper constant’, which is basically a constant beam that periodically emits a pulse of light. Smart. Run time varies according to function, from 2hrs on full power to 100hrs on flash. Attachment is courtesy of a ratcheting mount, where you turn the wheel to tighten, meaning you can find a really solid hold for the light. Which is just as well, because this light isn’t, well, light, so you’ll need to fasten it tightly. 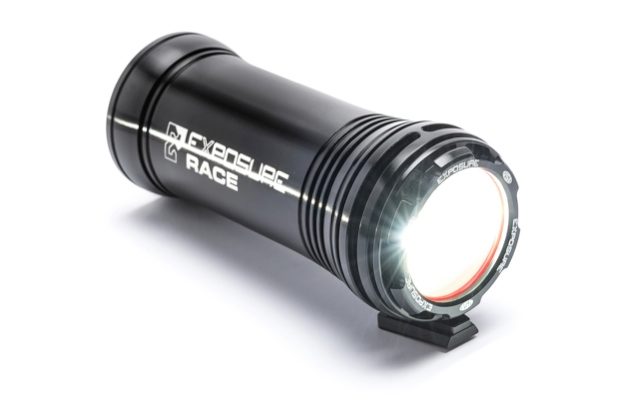 Exposure’s Race MK10 is an absolute beast and the highest-powered light on test here by some margin. At full power you get a retina-burning 1,700 lumens that’ll make even the darkest night seem like midday in Copacabana. Needless to say, if you fancy a bit of night off-road riding, this light should be on your shortlist. You get four functions: a 1,300 watt constant, SOS, flashing and ‘Reflex’. Reflex is simply brilliant and constantly adjusts brightness according to your acceleration, gradient and cornering forces. The interface is smart too, needing just a touch on the silver rear panel to switch between modes. It also shows your exact charge. Charging is via USB or wall charger, giving 2hrs burn time on Reflex and up to 36hrs on flash.

Verdict: It’s very expensive, but it’s packed with smart technology and is great for trails, 89% 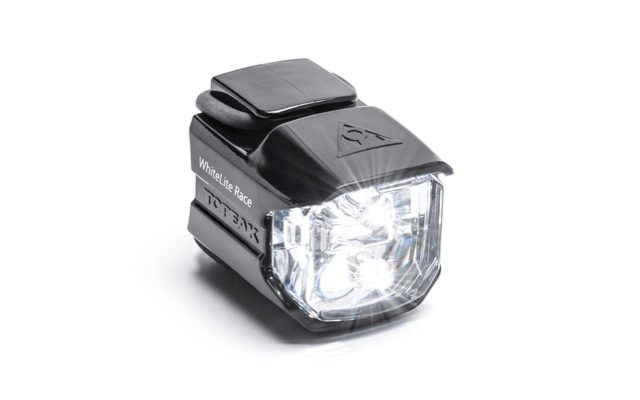 Verdict: a functional back-up, but we’d always opt for rechargeable, 56%

Our light of choice from these four would be the Race MK10, however it does come with a serious price tag so the cost would be better justified if you were also planning to use it for off-road riding at night. Whilst cheap, the Topeak Whitelite could be a false economy because of having to shell out for batteries, so the Knog Blinder wins in terms of value for money.

For lots more of the best tri kit currently available, check out our Gear guides