This month training has been in Monrovia – a small but lively city on the Liberian coast – and it’s been somewhat tricky to say the least. While I’m making progress, I’m beginning to understand that there are a few reasons why it might be a while before the Brownlee brothers are looking over their shoulders for Liberian triathletes. For example:

1. Monrovia has the highest annual rainfall of any city in the world with around 209 inches a year (London, in comparison, has a paltry 29 inches). In Liberia, it’s the kind of rain that outdoor clothes companies have clearly never even remotely considered during their testing processes.

Imagine running in a half-filled bath with the shower on. It makes a mockery of my “Extreme Wet Weather” clothing and ensures I spend an unnatural amount of time drying my shoes with a hair-dryer so I can use them the next day. 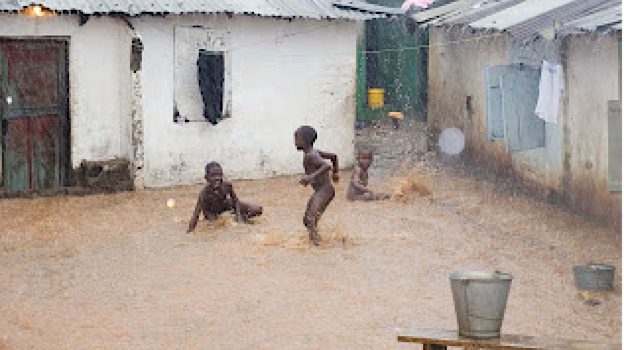 2. The equipment is… old school. The obvious solution to the torrential rain is to hit the gym. Liberia has rebuilt impressively since the end of the civil war in 2003, but tourism is still picking up and the two higher-end hotels that I can get to clearly did not feel a decent gym was a strategic priority. (In fact, when I asked for the gym in one hotel it took three staff several in-depth conversations and two investigative excursions to find it).

I’ve been biking on non-computerised and sometimes broken bikes, and have been comically thrown off the treadmill several times when the electricity has suddenly gone. Perhaps inevitably, my triathlon watch broke just as I arrived too, so I’m now using a cheap Chinese knock-off. Any kind of scientific approach to training is clearly not on the cards for now. 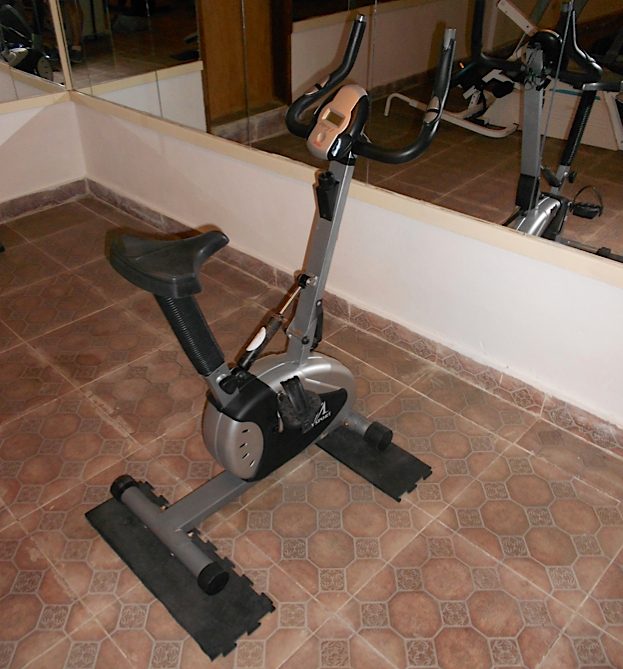 3. Biking? Bikes are ubiquitous even in the most remote parts of Africa, for obvious reasons – they’re cheap, they don’t need fuel and they are easy to fix. The almost complete absence of bikes in Liberia, therefore, has me baffled. Over the past month, I’ve seen a few small boys on oversized BMXs and that’s about it.

I’ve asked about this and have been politely advised if I need to go anywhere to take a motorbike taxi instead. So far all I can come up with is that Liberia (which was founded by freed American slaves) was not as susceptible to British or French colonial (and cycling culture) and it has never quite caught on since. It also means that my bike training is on-hold for now.

Despite all of this, Liberia is an amazing, welcoming and brilliant – if difficult – country in which to train. I’ve been keeping vaguely on track and have managed at least 14 hours or so a week and good things are happening. I’m finding my swim times are improving considerably (thanks to a UN pool and some open-water sessions off the coast) and I’m not thinking twice about running at least 13 or 14 miles at the weekend. 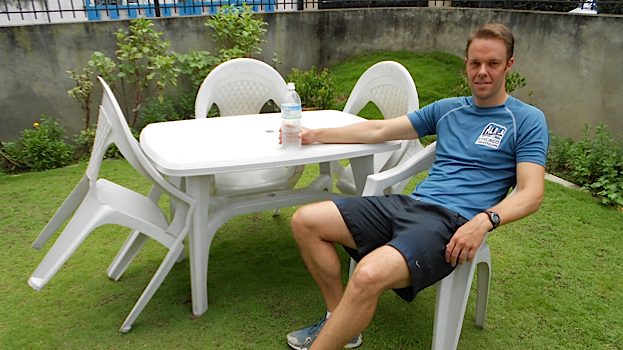 Forcing a half-smile after an unusually dry run

While the Ironman still seems utterly petrifying, I do feel I’ll make it to the bike, and that the run might be vaguely bearable if I still have some energy. I’m in Nepal for work next month, which has some of the best biking in the world, so I’m hoping to make that up for lost biking time (and dry off a bit) then.