People enter races for all sorts of reasons.

The most common ones being: it has a daring title with ‘Ironman’ or ‘something-Man’ in the title that will instantly communicate how much of a badass you are to an uneducated audience; it offers an array of daringly-priced merchandise to enable you to communicate your badass-ness to the public at large via the medium of t-shirt, hat, bag or all three at once; it’s somewhere hot and exotic like Brazil or, er, Bolton and involves some fearsomely steep hill that can only be tackled at the pace of a pensioner in a Post Office.

>>> The Weekend Warrior on… Getting older

This is how I used to decide which events would adorn my yearly race-calendar. However, now that I’m at an age where I have golfer’s hair (it’s a fairway back) and the main pastime of men my age is stockpiling biscuit tins with screws and bits of Ikea cabinets because they’ll be ‘useful one day’, I have different criteria:

■ How early will I have to get up?
■ Will there be a small field so I can finish higher up the finisher’s list without trying harder?
■ Can I get in without having to enter 11 months in advance?
■ Can I remember the race-entry website password?
■ Do I have to wait for everyone to finish before I can get my bike from transition?
■ Will I get away with doing it and retain some level of domestic harmony?

Having not entered any races at all in 2015 (unless you count weekly cycling time trials, swimming galas and running league races – and Mrs B definitely does count these), the need to enter a glamorous triathlon came to mind when I was cycling to work in the rain through the suburbs of Coventry while being pursued by the bendybus of death.

Having failed to successfully bunny hop up a kerb and instead introduced my groin to my crossbar with great violence, I was seized by a sudden urge to leave that city and its attractive acres of rolling mud behind and to take me and the formerly spherical objects between my legs off somewhere warm to fling my bike and its largely decorative braking system down some mountain passes. 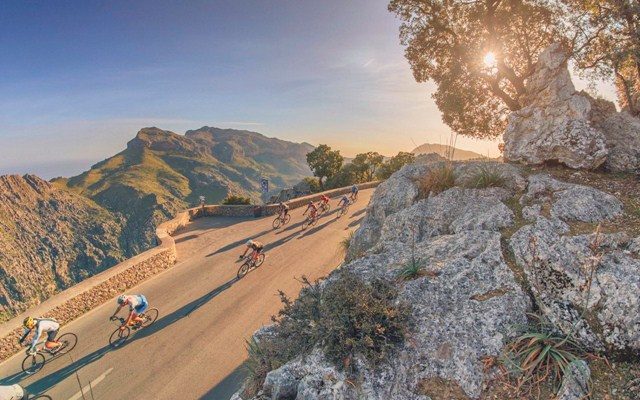 But which races to do? Something old or something new? Having spent a fantastic week’s bike training in Majorca this year I was tempted to go back and do the half-Ironman. But this would definitely have failed the ‘domestic harmony test’. Plus last time I cycled up Selva Gorge I climbed so slowly I was overtaken by a butterfly, so I thought I’d opt for something easier. Then there’s Ironman Lanzarote, a race I’ve done three times and which you can always get in to but which has a course that inspires me with the same level of hatred I have for anyone at work who asks a question at the end of a boring Powerpoint presentation.

In the end I’ve opted for one old race and two new. The big race of the year will be Challenge Almere in September, which has an extremely flat, extremely straight bike course with all the drama of Michael Owen singing Hallelujah. Doing Almere means I can save a few bob on travel and accommodation by going to Holland in my campervan, which is handy because putting my card into a cash machine at the moment  is about as worthwhile as shoving a digestive biscuit into a toaster.

As preparation for Almere I’ll also be doing the Ely Monster Middle, my favourite UK middle-distance race, where the dreaded Fens are ideal prep for the hedgeless, windy plains that await me in the Netherlands. Most excitingly, though, I entered something new called the ‘Isoman’ (note badass title) in Worcestershire, which is not only near to my home (tick), affordable (tick) and has a password-free registration (big tick), but (biggest tick of all) addresses my number-one whinge about triathlon, which is the bias towards cycling and running. 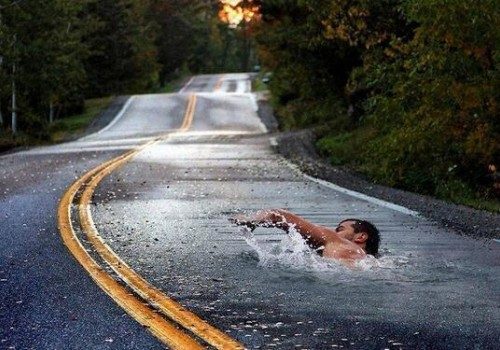 Research done by people with lots of time on their hands has apparently shown that iron athletes spend 10% of the total time swimming, 54% cycling and 36% running. The aim of the Isoman is to create a triathlon which equalises the time spent on all three disciplines resulting in a race with a 61.3-mile bike course (hooray), a full marathon (boo) and a SEVEN-MILE swim (bring it).

Doing the open water required to be ready for this event proved fun, with the cold water meaning I can’t get my wetsuit off without looking like I’m trying to knit in oven gloves. But at least I’m spared the endless nagging sense that I’m not doing enough bike miles, nor worried about whether my kerb-crunching bike will survive 112 miles – my bike, like my body, thrives on neglect.