With Ironman Lanzarote fast approaching (May 23), British age-grouper Peter Slater (M50-54) looks forward to taking on this year’s race as part of the ‘Three Amigos’…

As we are mid-way through the month of May, the reality that Ironman Lanzarote is only just around the corner begins to hit home – questions, doubts and fears start to drop into my mind more frequently:

How and why did I get involved in this challenge in the first place? Have I done enough training and enough of the right training? Am I mentally (not mental as some may say) and physically prepared?

Have I got all the help that I can get from my race day equipment? Free speed and energy is what I am looking for…

Like many challenges, the decision to compete in the 2015 IM Lanzarote came about at the after-race party of the 2014 event – not saying it was alcohol fuelled but no-one can remember!

For those of you who have previously raced Ironman Lanzarote you will no doubt fully understand what I am going through as race day fast approaches. 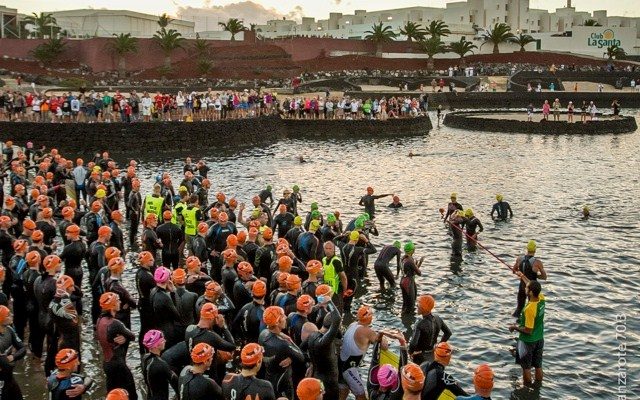 For those of you who haven’t raced Lanzarote or been fortunate enough to visit and train on this amazing volcanic island, I can only explain that Lanzarote is renowned as being one of the toughest – if not THE toughest – Ironman events there is.

The 3.8km ocean swim is followed by a 180km single loop bike leg which takes in quite a few of the monumental climbs the island has to offer, more often than not accompanied by strong winds which vary in direction and strength throughout the loop.

Top this off with a 42km out and back coastal run in the heat and wind to cross the finish line as an ‘Ironman’. The support, cheering and enthusiasm of the locals and spectators is what makes Ironman Lanzarote very special and unique.

Who are the Three Amigos?

Strengths – He’s only won the race twice which you could say is an advantage, had the fastest overall bike split in Kona 2008 and finished 13th 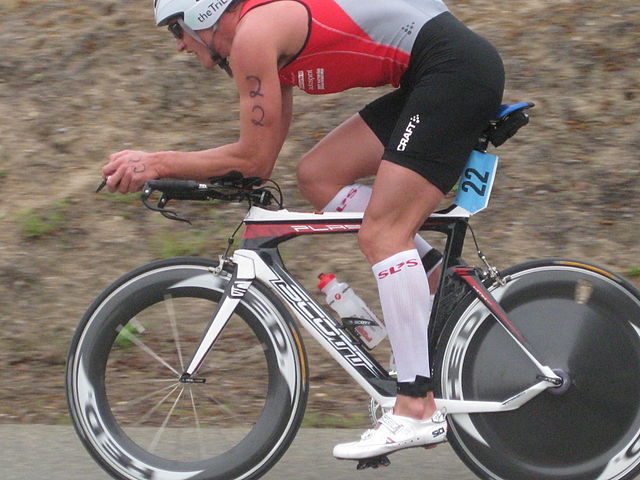 Aims – To walk the walk instead of just talking the talk

Weaknesses – He’s old, which is reflected in the fact that it’s 25 years since his first Ironman

Am I prepared – well I guess it’s a little late to start panicking about training now, although I’m sure one or two of the other Amigo’s may just be doing that.  For me what I would say is focused IM training commenced last October, instead of just going out for a ride or run, most sessions became part of the Big Picture.

I religiously do two full-on swim sessions every week with a good group of swimmers/triathletes at our local Virgin Gym. It’s usually a bit of a smash fest but hey ho, 3-3.5km in an hour has got to help and gets it out of the way, don’t want to be wet for any longer than necessary as that usually happens on the bike or run training in the UK.

In terms of training volume, biking always takes precedence when IM training and even more so for a bike course like Lanzarote. Luckily I have plenty of hilly and rolling routes on my door step to train on living in the North West.

Since the turn of the year I have been adopting my usual approach to riding which consists of a couple of short solo rides mid-week then maximising the hours available at the weekend. Since March I have been trying to ride close to five hours solo on my TT bike on a Saturday, and then four hours or so on Sundays with a great group of local cyclists who always like to put you in the hurt box.

Recovery as you get older is definitely not as easy and something you have to really think about and plan in more. I always remember Phil Graves commenting about this in a Q&A session we did a few years ago.

When someone asked about training and recovery as you get older, in typical Phil Graves style he just came out with “I don’t want to get old, it sounds rubbish”, this was in reply to the answers given by several athletes with quite distinguished pasts.

For me IM run training is all about being consistent and avoiding injury. My long weekly run has increased steadily to the 30km mark recently with several shorter runs each week as well. Apart from during shorter specific brick sessions when on a training camp, I never run off a long bike, I do a lot of runs on tired legs but prefer to keep the running separate. The run in Ironman is usually about the last 10 to 15km so physically and mentally that is what I prepare myself for.

Physically I’m pretty happy with my preparation and mentally I’ve been there before so I know what to expect but I’m certainly not going to get complacent about it. Training and staying motivated has not been easy this time round that’s for sure.

What effect does age have?

Being sick early in the year put me back a little but using an old wise head and not panicking has enabled me to get where I am now. What effect does age have on it all? To be honest I’ve tried not to think about it that much and cracked on as best I can. I’ve been more careful in thinking about recovery rather than the type and volume of training I’ve been doing.

Like most people who take to the start line in Ironman races, work and life in general dictates how much training you can squeeze in. Being able to accept that and get on as best you can is what you have to do, otherwise why enter or accept such a challenge?

Equipment wise I’m lucky to be supported by Trek UK and will be riding my new Speed Concept 9.9. I may not have the same power output as Spartacus but at least I’ll have the right tools. I’m always looking for as much free speed as possible and maximising aerodynamics so my position on the bike has been fine-tuned, I also have my own race clothing range. Race day nutritional needs are taken care of by OTE Sports and calculated down to the last gram, I will be fully fuelled and hydrated with OTE energy drinks and gels.

As race day fast approaches I’m not sure what the other two Amigos have been doing training wise as we have not been sharing information with each other. Everyone is different and everyone should train for an Ironman race in the way that best suits them. As from day one in this challenge my tongue-in-cheek motto has been #theoldmanwillwin, I guess we will soon find out.