Steve Throup looks ahead to the 2014 season, when his club Tri Preston will send 28 of its members to Iron-distance triathlons across the UK and Europe.

We’re a small and friendly club based in Preston, Lancashire. Formed in 1997, Tri Preston has since grown to over 100 members of all ages and abilities.

The 2014 season will see a total of 28 members (almost a quarter of the club) stepping up to full Ironman distance at various events in the UK and Europe.

We range in age from 18 to over 45 and include some looking to get home in around 10hrs, while others will see crossing the finish line inside the cut-off as a lifetime achievement.

But we all know that the decision to enter represents a major commitment in terms of both time and money, with many challenges for “real world” triathletes in selecting, entering, training and preparing for it.

A journey of 226km starts with a single click…

The first step in the journey for everyone is to decide which event to enter. For us the decision fell between:

• Stay close to home and enter Bolton’s Ironman UK, taking in some of our favourite training routes

• Go further afield and take on one of the other UK events, such as the Outlaw

The main events we chose for 2014 were the Ironman events in Austria and UK, Challenge Roth in Germany and the Outlaw.

Once the event is chosen, securing an entry represents the next challenge! Many of the popular Ironman and Challenge events sell out in a ridiculously short time, and given the number of entries we were looking for this led to lots of conspiring and strategies.

The easiest option is to sign up with a full service organiser like Nirvana, give them your credit card details and go to bed early, safe in the knowledge that not only are you entered but your accommodation, transport and travel are all sorted. A few of us took this approach.

The seasoned campaigners among us signed up at completion of this year’s event for priority entry next year. Obviously though, this does not work for your first one!

Then for the rest of us newbies, the more adventurous or those too tight or too disorganised to go for the full service, we were left with one option: stay up late, blow the dust off the credit card and wait to join the electronic equivalent of an open water swim start, in which people scramble madly for places.

With entries secured, the final line-up looks something like:

– Ironman Austria: by land, sea and air we will have 11 team members making the journey across Europe to line up in Klagenfurt. It’s fast so it must be flat, right?

– Ironman UK: 14 Tri-Prestoners will make the short trip down the M61 to Bolton, including Shirley Hunt and Paul Hurden, who are taking on two Ironman events in 22 days in Austria and UK… Crazy fools

– Challenge Roth: Lee Spoor achieved the near-impossible in securing entry slots for both him and his wife Carol inside the 3:17min cut-off for online registration. 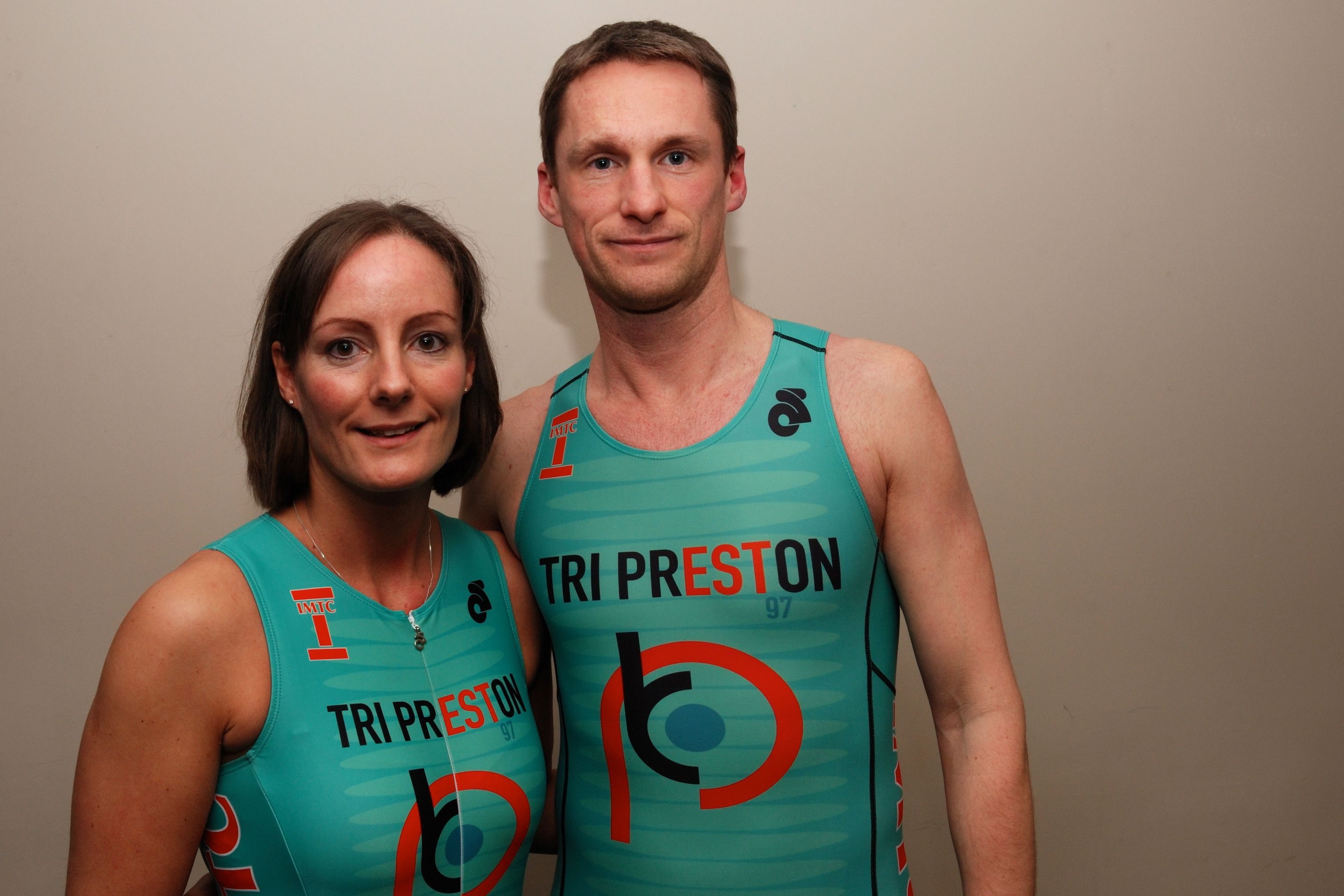 The others: we will also have Tri Preston representation at other races, with two members doing the Outlaw, and further afield Copenhagen will see the return to Ironman-distance racing for Stephen Hinde, who was badly injured earlier in the year after being hit by a car whilst out cycling.

The euphoria of entry has now subsided, and along with the arrival of the credit card bill came the realisation of just what we have all signed up for! It has slowly dawned on all of us that a training strategy based on denial and procrastination, whilst comfortable, is unlikely to lead to a successful outcome.

So the temptation is to start running and cycling at an intensity that will be impossible to maintain physically and psychologically for 10–12 months.

Club president and physio Paul Sanderson sums up the dilemma as follows: “Many age-group triathletes jump straight into training for Ironman events without having done sufficient preparation, and as the volume of training builds up rapidly they become more prone to overuse injuries.”

He suggests that the first element of training at the end of the triathlon season (typically between October to December) be considered a preparation phase and is all about building base fitness, core conditioning and weight management: “Get fit enough to train for an Ironman,” he says.

From a club point of view, another concern is that with so many of the members going long in 2014, the club training sessions may lose support from members, and triathlon clubs have fallen apart when a significant number of members sign for long-distance events and go off to train on their own.

So the main objective through 2014 will be how to run training events catering for the increased mileage during the build phase – which will be a challenge across such a wide range of abilities.

One of the club coaches Barry Cleminson says: “Even though triathlon is a single person sport, the training and bond between teammates makes the training sessions feel easier!” We shall see…

In the next instalment, Steve reports on how Tri Preston members are getting on with the ‘build phase’ between January-March 2014 – watch this space