Swimming, cycling and running all the way around the UK – blog

Age-groupers Martyn Odell and Jake Kent Pope decide to make a triathlon out of their circumnavigation of England, Scotland and Wales

We are two ordinary guys trying to achieve the extraordinary goal of completing a circumnavigation of the UK by cycling England, swimming Scotland and running Wales to form a long-distance triathlon.

The trip will be formed of the same stages as a triathlon, only over much larger distances. We’ll start off in the saddle and will cycle over 2,500 miles in England before swimming in excess of 1,000 miles around Scotland. This will be followed by another 1,000 miles around Wales by foot.

We both work full time, Jake as a carpenter and me as a chef and as such, the trip will be broken up over several months due to work commitments. We are both raising vital money for two very personal charities, Cancer Research UK and Diabetes UK.

We’ve been planning a trip to cycle around England but instead of cycling up and through the country, we are planning on circumnavigating it, following the coast as closely as possible.

On the 8th August 2015 we will depart central London, head down to Dover and join the coast from there. We are two normal guys who are looking to further our endurance abilities. We are both keen cyclists and have competed in ultramarathons and Ironman distance triathlons over the last two years. 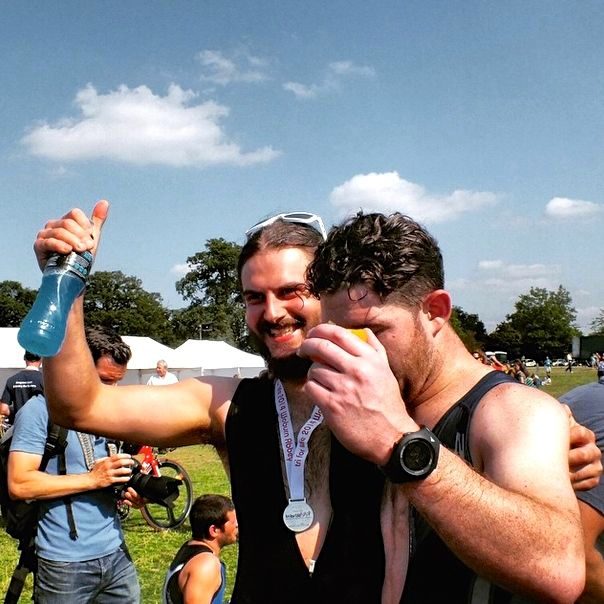 Having previously raised essential funds for similar charities in the past, we really wanted to do something that little more extreme and special. So we’re looking for the next big test, and this bike ride is the first leg of the bigger idea that is developing.

The bike ride itself is pretty much the same distance and elevation as the whole Tour de France and we are looking to complete this journey in two weeks.

The whole trip is going to be self-supported so all of the equipment that we will need for the two weeks will be carried by us on our bikes. We have friends that are dotted around the country who will help us out with a place to pitch our tent and help us re-supply. But, apart from that we are solely relying on the kindness of fellow human beings to help us with our quest. 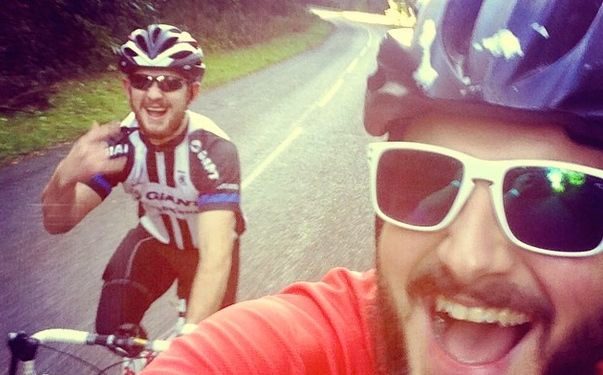 To train for the event we are following our triathlon training routine but with extra miles thrown in on the bike. As we both work very sporadic hours doing a long session on the turbo is proving to be our lifeline.

We’ll also be taking part in a range of endurance races such as Ironman 70.3 Staffordshire and the Slateman Savage which incorporates the sprint race on the Saturday and then the full race on the Sunday. 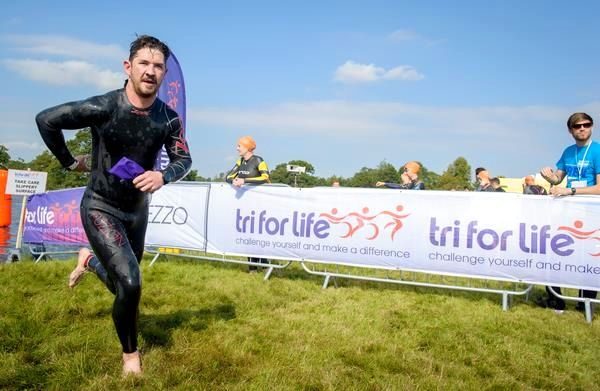 We are in the very early stages of getting backing for the adventure but already have two great sponsors. BetterYou are providing us with magnesium spray to aid with our muscles and recovery. We also have Science Fitness on board, one of the best endurance sports drinks there is on the market. Both companies have backed us and believe in us in the early stages, which has been great for morale. We have both used these products before and have delivered results superior to anything else on the market.

As well as wanting to push our bodies to the limit, one of our main motivations for this challenge is to raise money for two charities that are very personal to us: Cancer Research UK and Diabetes UK.

Jake has had wave of bad news over the past few years with close family members being diagnosed with cancer. Most recently a close family member has moved their wedding forward to next month due to being given only a few months to live. As we all know, a lot of people are left heart broken with cancer but the on-going work that Cancer Research UK does can help those who are in need of help.

The other charity is very personal to me (Martyn) as my dad was diagnosed with diabetes 15 years ago now and has had to deal with all of the complications that diabetes bring with it. Again, the on-going support and research that these two charities deliver is second to none.

Feel free to send us advice and support, we look forward to hearing from you and maybe you can join us for a ride in August!

How to start interval training

Are raw vegetables always better for you than cooked ones?

Blog: Digging deep into the hurt locker at the Double Brutal Extreme