I’m now closing in on a six weeks to go to Ironman Cozumel, and discovering here in Nepal that the difficulty of an Ironman seems to be as much dealing with the monotony of training as finishing on the day itself (although I do occasionally awake with cold sweats at the thought of how I’m going to feel towards the end of the race).

The past month has been a huge lesson in how to put up with boredom and solitude every day for hours at a time – even in a country where the scenery has been breathtaking. This is something I hadn’t really considered before all this began, and it’s reached the point where I have almost run out of things to think about. I’m fairly sure, for example, that I’ve thought of an answer to almost every conceivable moral conundrum and set a new world record for memorised palindromes.

Training in Nepal has been both amazing and really tricky. In a stroke of luck a new gym opened close to where I’ve been staying which has a small and rarely used pool. So I’ve been managing to swim but it has been very sunny which – much to the fascination of the on-looking Nepali staff – has left me with an amusing half-body tan on my shoulders, back and calves, while my front is still a good British white. I look a bit like a human chocolate biscuit.

Nepal is also a country with some of the best mountain biking in the world. But traffic, smog and potholes have prevented me from getting out on the roads very much. As a result, my time on the bike has been off-road and somewhat unorthodox with difficult climbs and terrifying descents which have more than once sent me over the handlebars (if I make it to this race in one piece it will be a miracle). 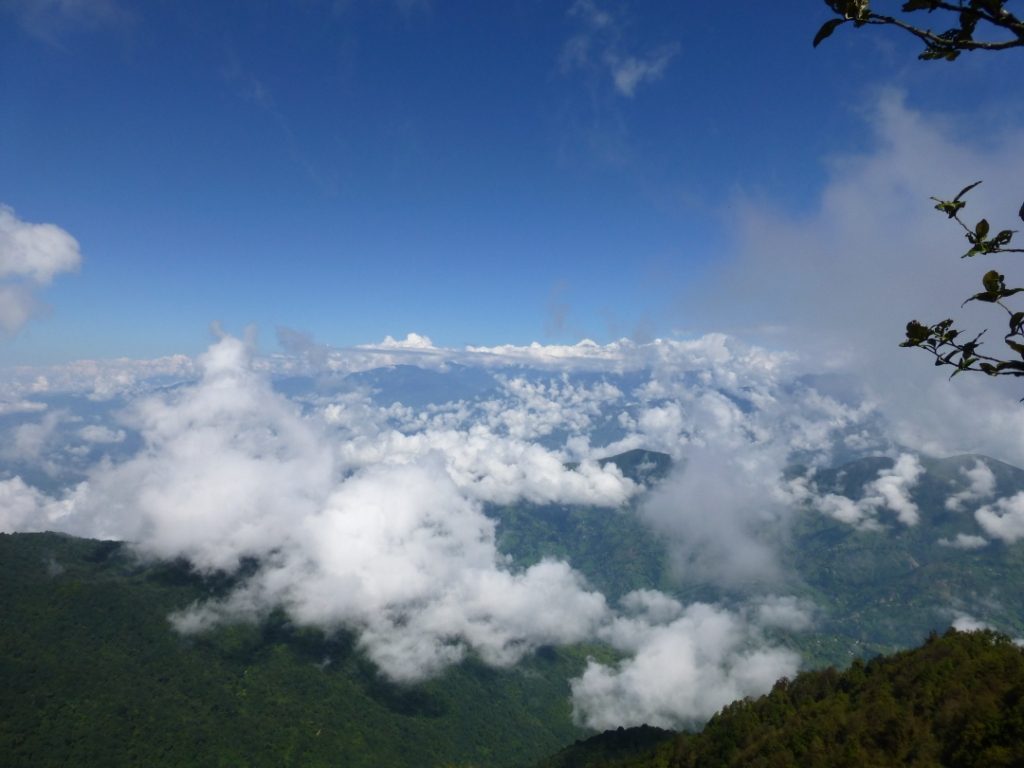 Running has been brilliant, however, with long sessions on trails around the Kathmandu valley, all the way up to some incredible mountain views. By the time you get up there, your legs really do feel like iron. So training has been progressing despite some obstacles. I can now swim 4,000m in just over an hour and a half, which was inconceivable a few months ago; and to my own surprise I “nip out” for quick two-hour runs without really thinking about it. I’ve also, remarkably, managed to avoid any stomach troubles so have been getting at least some sort of training in at least six days a week.

At the same time, though, I’m missing out on some fairly key elements of preparation that I’d be focusing on at home, like nutrition. Gatorade is almost impossible to get in Nepal, as are nutrition bars or any kinds of gels, and sugary Nepali tea just isn’t quite the same. I haven’t had any opportunity to test how I’m going to take in calories strategically on the bike; or how to hydrate properly on the run after a long ride. I will be back at home for the last month before the race though, so am hoping to experiment on this side of things over the course of several weekends at that point.

It has been hard but I’m by far the fittest I’ve ever been, which feels great. Whether I’m fit enough for the big race, however, remains to be seen. I’m hoping all of this low tech, high altitude training pays off in the end with a glorious crowd-pleasing triumph, a bit like Stallone in Rocky IV (well, sort of…).

You can follow Blair on Twitter @blairglencorse. Blair is competing in the Cozumel Ironman for the Accountability Lab: www.accountabilitylab.org