It struck me after the inaugural installment of this blog that it had been terribly rude not to let you all in on just who are reading about here so without further ado, let me introduce our three heroines all hellbent on pushing for Alpine glory. Drum roll please…

“It’s a crazy idea, something totally new for me”

“Nothing, I don’t worry about anything, I just hope I can finish it!”

“Having a great adventure with friends”

“I’m really bad at running, so I hope with swimming and biking too I have a chance to finish”

“The swim – I’ve never swum outside of a pool, so the idea of swimming in open water with so many people sounds excellent”

“I saw the race in 2010 and thought ‘I could never do that’. That thought made me want to challenge myself so here we go!”

“There are three challenges in one, it’s very stimulating”

“Climbing that famous mountain just after the Tour de France riders have raced it, it’s beautiful there”

Having completed their first bike/run session on Boris bikes in Hyde Park, the girls had already experienced one key element of the triathlon experience – the joy that is running on tired legs. Now it was time to turn things up again and quite literally throw them in at the deep end with their first gym triathlon.

Without Anya who was otherwise engaged on a family skiing holiday it was left to Giovanna and Erica to tough this one out, and it swiftly became apparent within minutes of hitting the gym pool that there are some key differences between the sexes when it comes to learning triathlon.

Like the interruptions. Not for them gossiping. Oh no. From blokes trying to chat them up. Routine propositioning isn’t a training factor to deal with for any blokes I know but for the female triathlete it looks like an occupational hazard.

Then came their first ‘transition’. I hared into the changing room, whipped into my shorts and was plonked, still dripping and gently steaming on an exercise bike in no time. Fifteen minutes later, the girls arrived, showered, hair dried and immaculately dressed. Granted, they all looked way better than I did, but a quick explanation of the fact there will be no hairdryers on race day was needed.

Below: Giovanna was shocked to learn that no hairdryers will be in transition on race day… 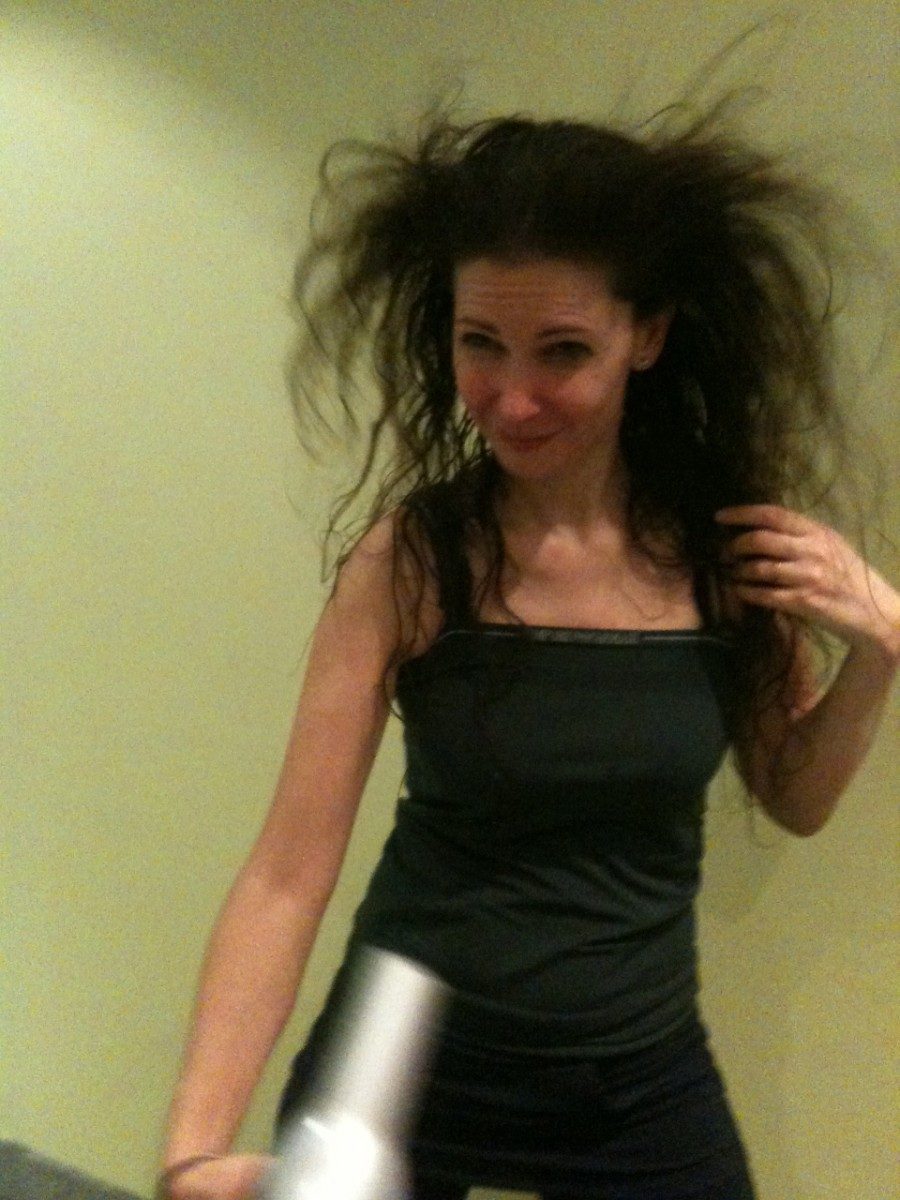 But these are minor ripples and easily ironed out – the important thing was that come the end of their opening gym triathlon both girls had managed a steady sprint distance. A well-earned confidence boost and the perfect platform to build on. See you next time.