Between 19th and 21st September I took part in the Triple Brutal Triathlon at Snowdonia National Park, organised by Brutal Events. I swam 7.2 miles, cycled 348 miles and ran 78 miles which took 58 hours and 21minutes in total, and I even managed to finish in 2nd place!

The race was indeed Brutal and lived up to its name! It all (sort of) went to plan, the swim was brutally cold and I took a good 45mins to stop physically shaking before getting on the bike. As each lap passed I got colder and colder and at times thought I would not be able to complete the swim.  It was a massive relief to eventually get out the water, the problem was trying to regulate my body back to normal. Eventually I got on the bike in the hope this would warm me up somehow. 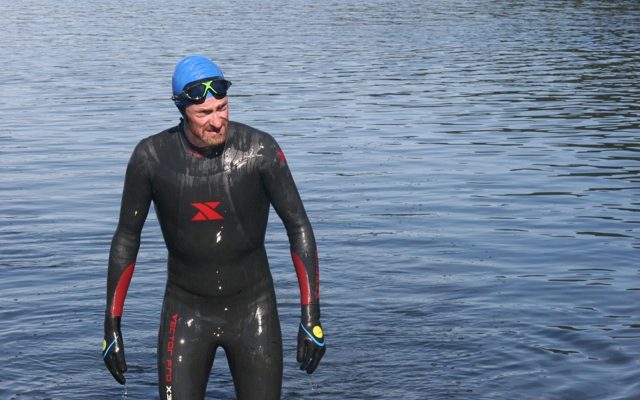 As you an imagine, the bike was very very long! The ride started on Saturday morning and was made up of twelve 29 mile loops, with each one including 2200 feet of climbing and a climb of the tough Pen-Y-Pas on every single lap. I had to mentally break the ride down into the twelve laps to get through it. I rode overnight, occasionally drifting off to sleep on the bike which forced a short power nap for about 30 minutes, and then continued riding into Sunday where the weather took a turn for the worse. The temperature dropped and the winds picked up. I finished just as the sun was setting, managed to pick the bike up triumphant.  What a relief to get off the bike,  With only the run left, what could go wrong? 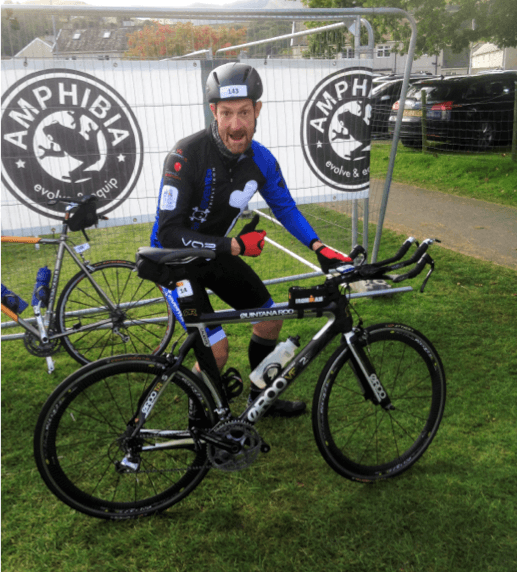 After some meat feast pizza and a bacon roll I headed up to the summit of Snowdon in the night in the rain and wind. At the medic point at 3/4 way up the race organisers ordered us back down the mountain as it was deemed unsafe to reach the summit. Apparently it was now -7 on the summit with gales, rain and fog. I headed down feeling like I had been robbed of the full race. 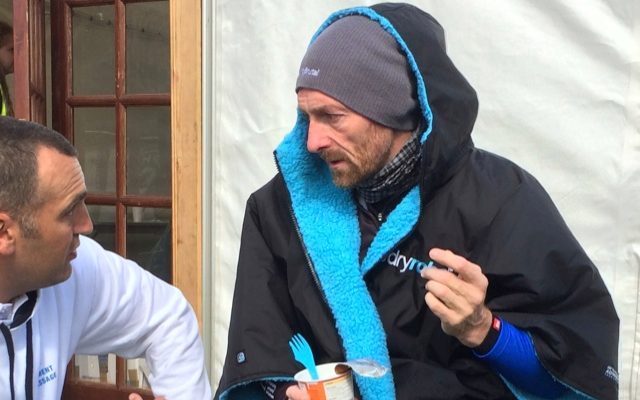 As I got down off Snowdon I had to complete an out-and-back run to make up the lost Snowdon mileage. After a short sleep of 45mins, and my wife pulling me out of the tent I cracked out the 13 lake laps, eventually running myself into a 2nd place to finish! As I neared the finish I was utterly exhausted, running the last lake lap with my wife Wendy. I was overwhelmed with emotion of what I had achieved. It would not have been possible without the support of my awesome support crew who looked after me so well. They knew when I needed to rest, eat, change and remained positive throughout. I don’t now how to repay them after this epic adventure!

13 competitors started and only 9 finished, with the last competitor finishing in just under 72 hours. The camaraderie between the other competitors and their support crews was excellent. Everyone looked out for each other with great enthusiasm and motivation.
The whole thing was an amazing life experience. I was with my friends and family, the marshalls were fantastic and the organisation from Brutal Events was first class!

James’ full report of his epic adventure can be found at
http://www.triblogs.com/blog/Ironjedi/

He has raised over £4000 for charity so far, you can still donate at
virginmoneygiving.com/JamesPage1