“You’re doing a double Ironman distance race as your first ever triathlon, you must be crazy!”

This is the type of response I have been receiving from triathletes and other endurance sport junkies alike when I tell them about this race. And in the words of my mum: “My son is crazy, but not stupid!”

Why would I throw myself into the deep end of triathlon and attempt not one but two back-to-back Ironman races with over 5,000 metres of climbing on the bike, before summiting Mt Snowdon at the beginning of a 3,000 metre vertical-gain double marathon?

I love a good challenge, and have always enjoyed pushing my physical and psychological boundaries; I am the Endurance Adventurer after all!

I grew up in a small country town in Australia, playing football mainly before I decided to hang up the boots threes ago due to constant injuries. I signed up to the legendary Marathon des Sables, where I ran six marathons in seven days across the Sahara Desert, and I’ve been totally hooked on this endurance stuff ever since!

After completing this desert challenge, and leaving part of my soul in Morocco (amongst various bodily fluids and the skin from all my toes), I wanted more – a new adventure, a tougher challenge. Then I found The Everest Ultra.

In preparation for this 65km ultramarathon down Mount Everest, which started at Gorakshep (5164m) after a 10-day trek to the start line, I decided to buy my first road bike.

Why would I buy a bike in preparation for running down a mountain? That’s a fantastic question, the answer being to ride from my house in west London to Newquay on England’s southwest coast for an adventure I aptly named Luke Learns to Surf. 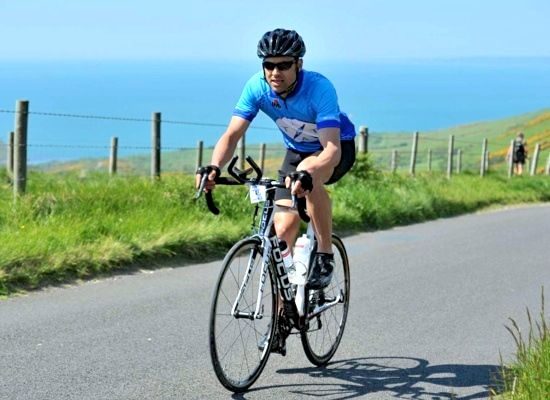 Being an Aussie living in London, and not knowing how to ‘Hang Ten’, I thought I should learn, and ride down there beforehand. It was only 412km of cycling in a day, fine line between crazy and stupid right?

I’ve also dabbled in a few other ultramarathons, a swimming race in the River Thames, a survival experience in a Chinese forest without food/water/any money, and a few other adventures. I decided I wanted to dip my toe into the world of triathlon, and signed up to The Double Brutal Extreme Triathlon.

Like many triathlon newbies, I needed to work on my swim – although capable of knocking out a couple of kilometres in the pool, I felt I resembled someone drowning compared to the effortless-looking swimmers I shared a lane with. Roughly 18 months ago, I joined my local Swim Smooth squad with fellow Aussie (and head coach) Fiona Ford.

With a background in Exercise Science, and plenty of triathlete friends, I began training myself for this ridiculous challenge, asking for advice, and using my own knowledge to help along the way. I know it’s not normal for someone to attempt this type of race as their first, but most people who meet me say I’m not normal, so it must be a perfect fit! As a Fitness Coach, part-time writer and cook, my schedule is all over the place. My weeks are never the same, which makes my way of training a little all over the place. 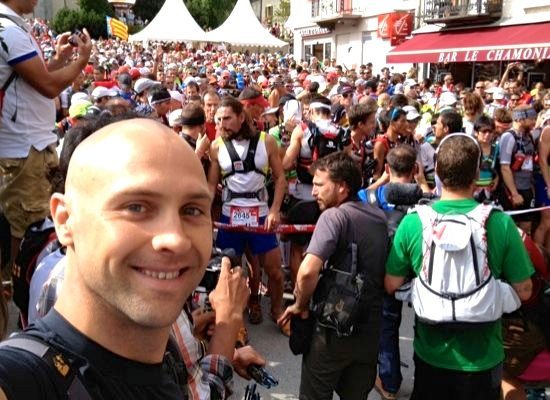 I will usually swim three times a week, with one of those in a lake, or recently I’ve been cycling to the Dorset coast for ocean swimming races, It’s an awesome way to combine seeing the UK and training. I’ll bike two to three times a week, with at least one of them being six hours upwards, most of the time with no predetermined route until I get out on the road; no structure, no worries, it works for me!

I’ve struggled with an injury during the previous three months, and have not run as much as I would have liked, but usually a 70km week is pretty standard, running is where all this started, and still my go-to discipline to relax and enjoy the outdoors (in rain, hail or shine!). Finally, I will complete one or two gym sessions a week, working on strength, stability, and proprioception for the entire body; this is definitely my least favourite session.

Some weeks look nothing like this structure, but rather fitting in whatever training I can around other commitments, unexpected tiredness, and life. At other times though I’ve completed more than 25 hours of training over a seven day period, although I wouldn’t recommend too many of these types of weeks when working full time.

By the end of these weeks I usually have absolutely no idea who I am, and have had suspicious looking teeth marks in my arm, as I was continually hungry!

In my opinion (among thousands of others), rest is key, and always listening to your body is vital. If my body says it’s truly tired, and not just being a lazy so and so, then I will rest it. Whether I’m dragging my backside out of bed at 5am to head to the pool, or 10 minutes into a ride, I will turn around and go home, and write the day off. My slightly off-the-wall training regime of high mileage, unstructured, whatever I feel like today approach won’t work for everyone, but it works for me.

After the Marathon des Sables, I turned away from mainstream sports nutrition products and consume only real food with no artificial ingredients – if it’s not naturally grown or I didn’t make it – I don’t eat it! I create my own gels, bars, slices, cookies, and pancakes to fuel all my training, and adventures. With a little extra preparation, and an open mind, anyone can be a real food endurance athlete convert.

Through my training and participation in both organised and impromptu extreme challenges that I set myself, my true driving motivation is to inspire others to get out of their comfort zones and make their own world bigger by simply living, and enjoying life. I treat every challenge I set myself with the greatest respect; therefore hard work and dedication comes naturally!

Luke will be blogging more for us as he prepares for the Double Brutal Extreme Triathlon this September – watch this space!