I wanted to celebrate my 30th Ironman season with a new challenge, and heard that the Tenby course was tougher than most, with 5,100 feet of climbing and 20% climbs on the bike and a hilly run. What I wasn’t expecting were the waves…

Transition from the swim is about 1km away from the shore, so the faster swimmers need to be the first to arrive at transition on race morning, get the bike ready then walk down to the swim start and make sure they’re at the front ready for the start.

I’m one of the first to enter transition, pump up my tyres, place my drinks and food on the bike before going to the swim start. On arriving at the ‘zig zag’ stairs I hang up my shoes ready for my run back to transition. 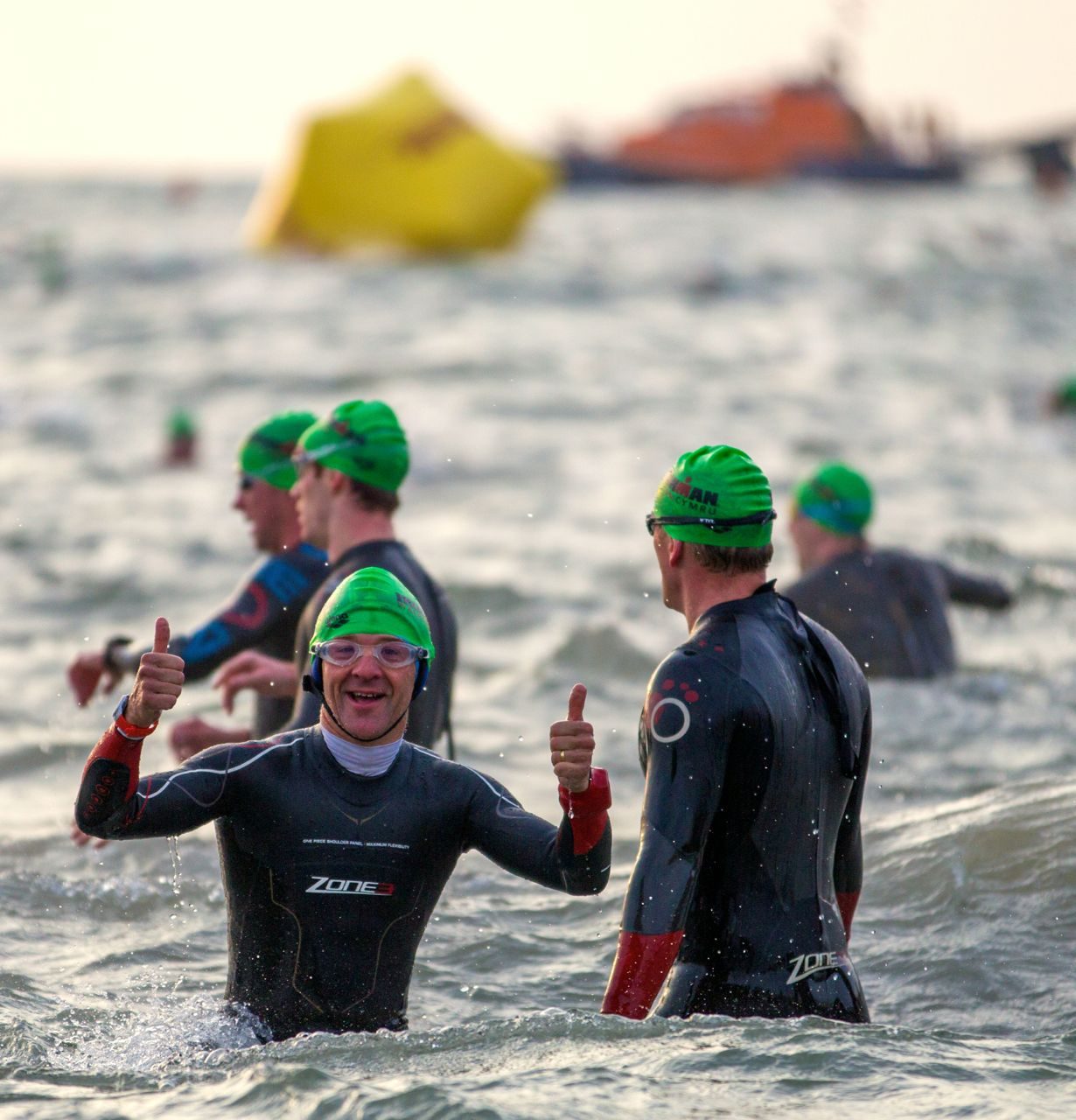 The sun is just rising with an amazing (and calming) pink sky. Instead of the normal flat sea there was a 1.4 metre swell, so it promises to be not only a tough bike and run but also a tough swim. With 30mins to go I warm up in the sea to work out the best way to tackle the waves with a faster than normal hand entry.

I would normally warm up for 10mins but spend only 5mins due to the relentless of the waves. Just before the 7am start the Welsh national anthem is played and you can see the emotion on athletes’ faces. Beginners not knowing what to expect, some worried about the cut-off, and experienced triathletes who have never competed in such wavy conditions. The pink sky has now turned red and is an ominous sign of ‘red sky in the morning, shepherd’s warning’. 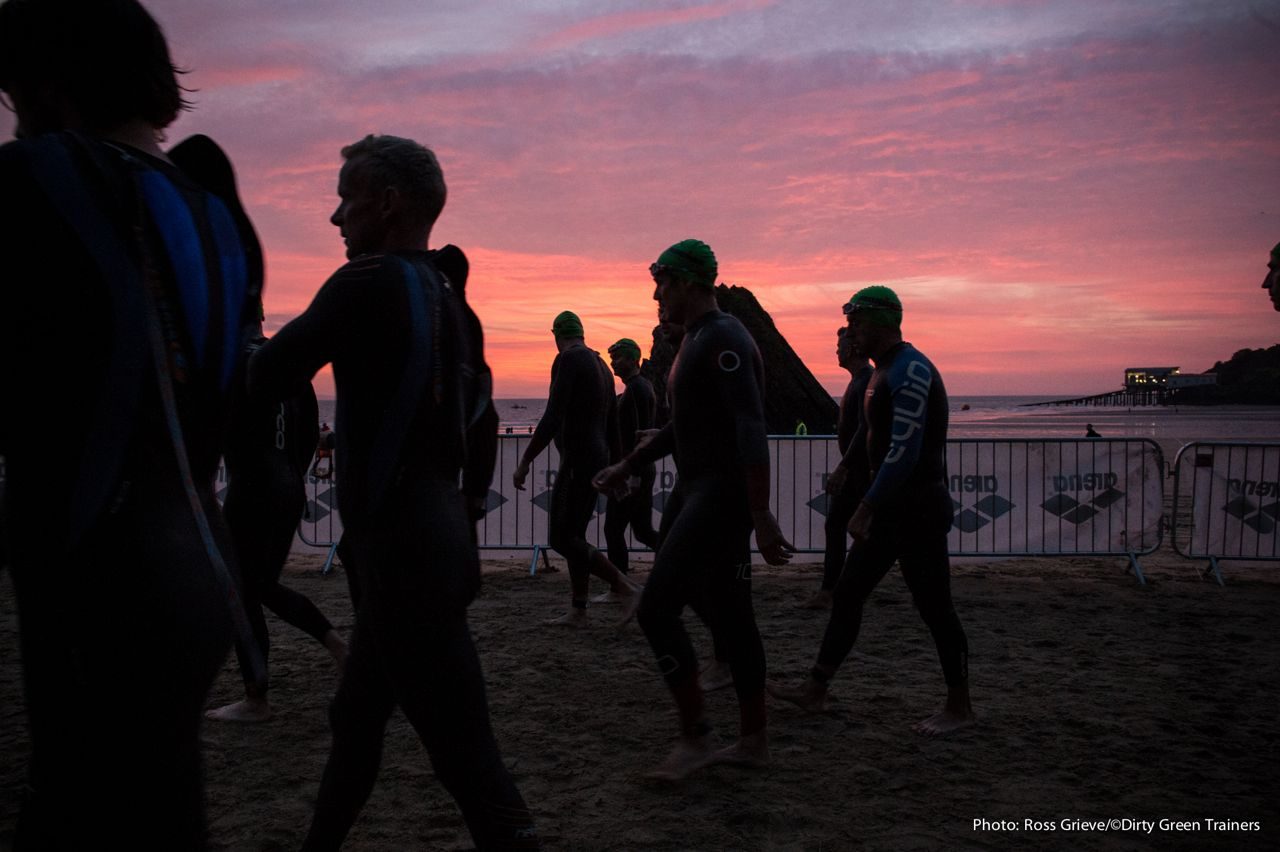 At 7am the horn sounds and it’s a mad dash into the sea like your life depends on it! Just getting to the first buoy about 25 metres from shore in waist high water is brutal, you really have to make sure you are on top of the wave to look ahead, otherwise it’s easy to go off course as the waves push you back.

It takes what seems like 20 minutes to get to the first big buoy about 600 metres away, then it becomes interesting: the congestion at the first turnaround buoy is due to competitors trying to get around the buoy as the waves push you back. The next section parallel along the coast is a little easier and swimming back to shore for the first time is fast if you know how to swim on top of the powerful waves.

I glance at my watch after exiting the first lap, 35 minutes! It seemed much longer, I decide not to sprint back into the the water and get overtaken by at least five competitors. I soon realise on entering the sea again that the waves have picked up so the next loop is going to even tougher.

I sight at every opportunity to make sure I take the shortest route. During the second loop I catch at least 20 swimmers, some have overtaken me during the run in and out,I also witnessed numerous life guards with swimmers hanging onto their life rafts and jet skis rescuing swimmers. I overtake some lap swimmers on the way to finally leaving the 3.8km swim, I think to myself, “I really hope I manage the cut off.”

I get out of the water and run up the steep zig zag slope, collecting my spare running shoes on the way to run the 1km to transition. I remove my wetsuit and run to T1, but what I did not expect was thousands of spectators cheering out loudly. I swiftly reach transition, get my bike shoes and helmet on and am soon grabbing my bike and exiting transition. We retrace some of our way back on the bike to loud crowds cheering – and I’ve only just started the bike!

The Ironman Wales bike ride along the Pembrokeshire coast is amazing. I can see the waves and have to keep remaining myself I am in an Ironman. In Switzerland they use cowbells – in Wales most of the locals use pots and pans to bang and make noises.

Every small village has spectators cheering, especially along the big hills of Narberth Wiseman’s Bridge, and there are so many crowds up Heartbreak Hill three to five people deep that it becomes single file for competitors – you feel like you are climbing a stage during the Tour De France. 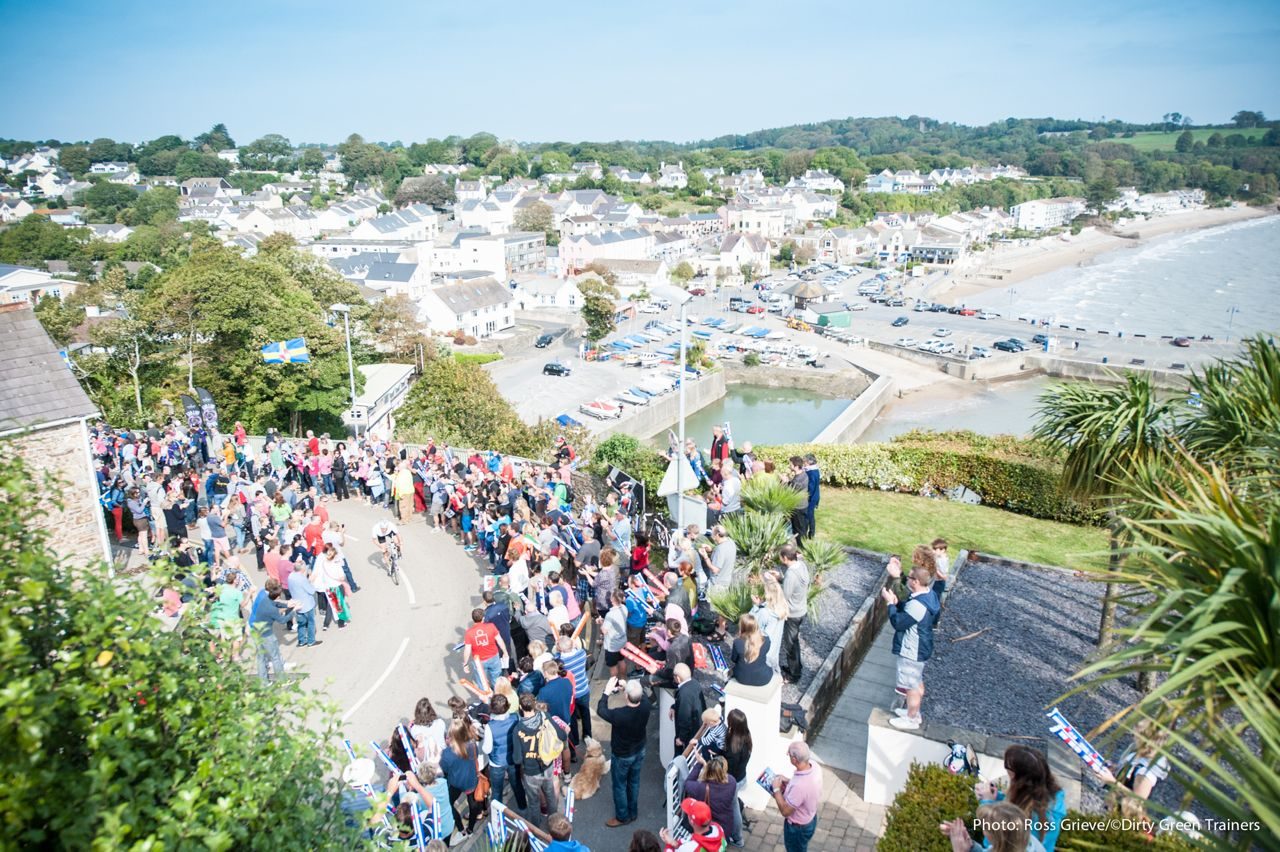 After six hours 29 minutes of cycling (I have only taken longer on two occasions) I arrive back at transition. Cycle shoes and helmet off, run shoes on and I am ready for the hilliest ironman marathon I’ve ever done.

Four laps mean I can keep track of athletes I have coached and those I know competing. With each passing lap the crowds get bigger and louder – presumably after watching the bike spectators have come to watch the Ironman marathon.

I run along the red magic carpet to the finish line and get goose pimples to the sound of emcee Paul Kaye saying: “Mark you are an Ironman”. It was certainly a tough day as I finished in 12:7hrs, coming tenth in my age group and 257th overall. I shower, have some food and am back out cheering all the athletes, those I know and those I’ve coached. 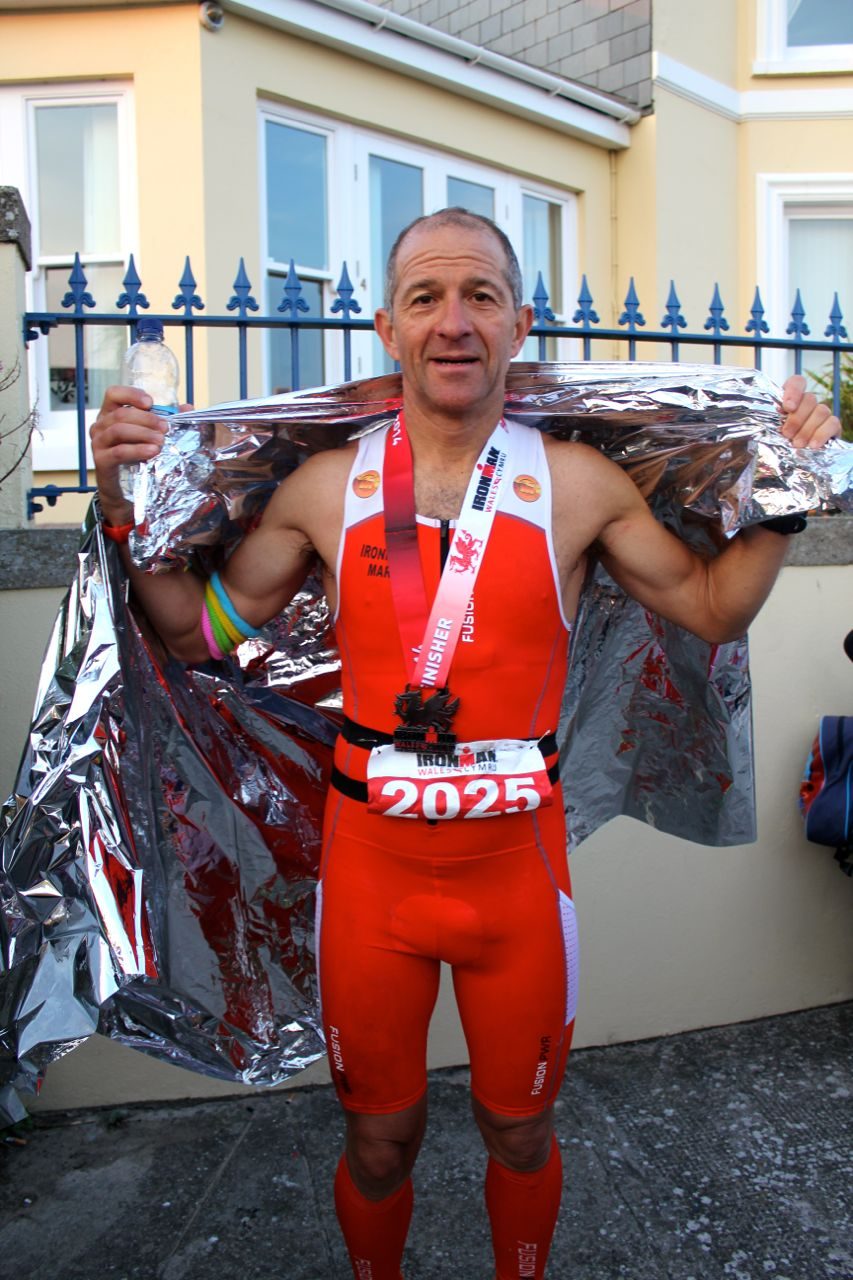 Among those athletes I’ve coached racing Tenby include Sophie Radcliffe (14:06hrs), Simon Dodd (15:51hrs) and Irish schoolteacher Catherine Galvin (15:03:25), who came across on the ferry, raced and then went straight back to work teaching. I also coached Hollie Cradduck (13:47) who was third in her age group and has qualified for Kona 2015. Of the 2,090 competitors that entered, 1,612 competitors completed the course in under 17 hours.

The race day surprises were the rough sea, the amazing number of spectators and the camaraderie due to the “Toughness of Tenby”. I found out later even the locals do not swim in Tenby when it’s that rough! Ironman Wales is one of the toughest Ironman events in the world, Tenby really embraces the Ironman much more than many of the cities I have raced in.

Mark is author of ‘The Complete Book of Triathlon Training‘ & ‘Triathlon: The Mental Battle‘

Did you race Ironman Wales this year? Let us know in the comments!