“I’m a bit worried,” confided Anya as we all met for a recent training session. “I saw some of the comments on the 220 blog, and they were saying things like ‘you don’t do Huez, it does you’ and calling it ‘brutal’. Have we made a mistake entering this race? Maybe we should have chosen something easier.”

With Erica and Giovanna both within earshot it was a trio of concerned faces that turned my way at this point. On the one hand, this was a good thing – a little fear would push them harder in training. But on the other hand, as this was their first ever foray into triathlon, the last thing they needed was to get too freaked out before it all began. I trod the middle ground, explaining comments were just that and that all three of them were genuinely more than capable of pulling this off, but now it was time to turn up the heat.

From now on, training would be essential rather than optional – sessions could no longer be missed – and the programme would require a guaranteed minimum of three sessions a week.

“Does yoga count?” asked Giovanna hopefully. Erm, no. It’s a benefit for sure, but half an hour’s rolling around on the floor isn’t going to get you to the top of a mountain on its own. Although there was one exception, a DVD DIY programme called DDP Yoga.

Being American, and being created by a former pro wrestler by the (stage) name of Diamond Dallas Page you could be forgiven for thinking this would be awful. But while the whole shiny American-ness of it all takes a little getting used to, the content behind it is superb. No equipment is needed and the bite-sized workouts are genuinely hard when you hit them properly, building precisely the kind of all-over physical flexibility and resilience the girls would need to get the most from their training and build fitness without racking up injury.

Better still, as a DVD programme it’s the ideal ready-made half hour workout that can be slotted in around work, child juggling, and everything else without even leaving the house.

Below: Erica gets involved with DDP yoga… 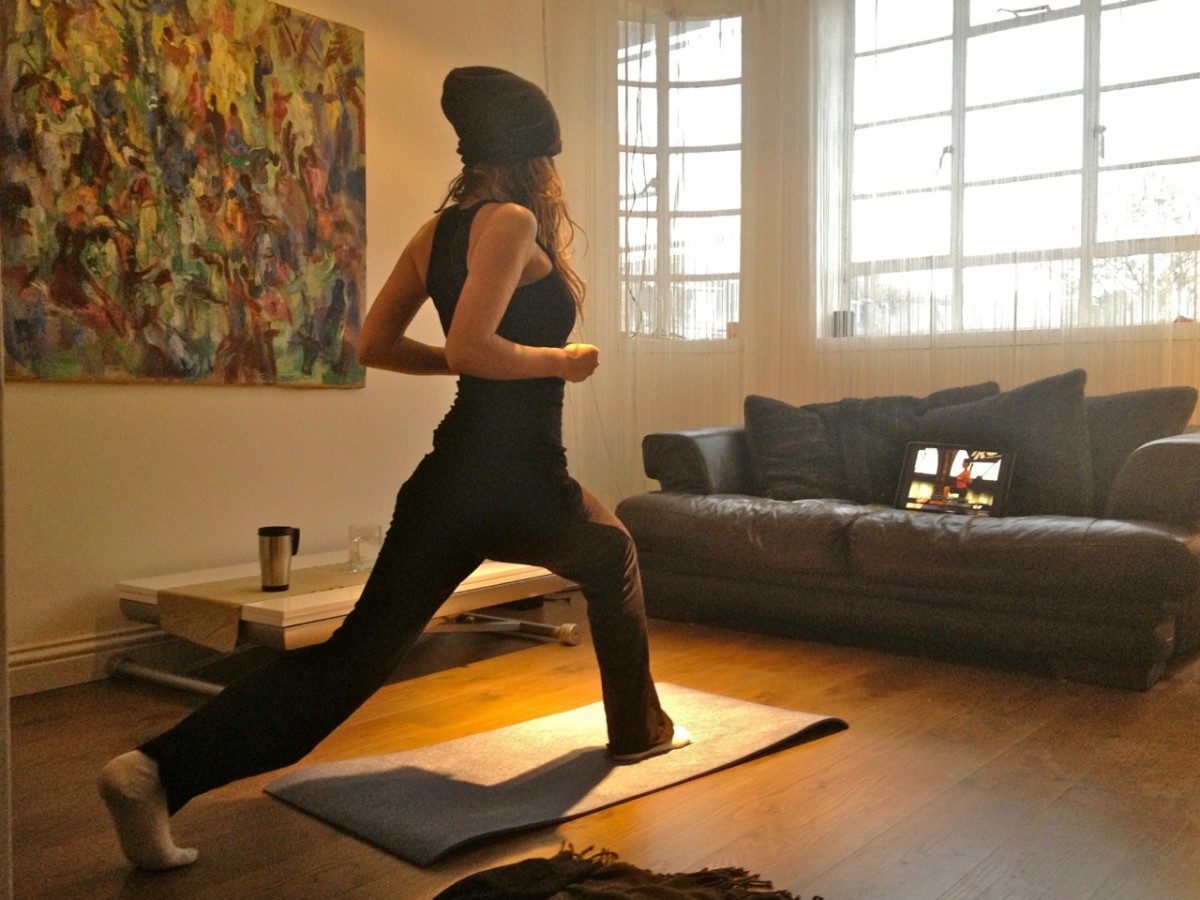 Sticking with the resilience theme, I also threw in a session with the foam rollers during the last outing to the local gym. It was… entertaining. Having used rollers for years I’d forgotten just how ridiculous it all looks as you bobble about on the floor like an upturned beetle in the name of flexibility. The team started to get the idea, but in reality spent more of this ‘lesson’ laughing at me. Back to the drawing board on that one I guess.

Below: The ill-fated foam rollers session 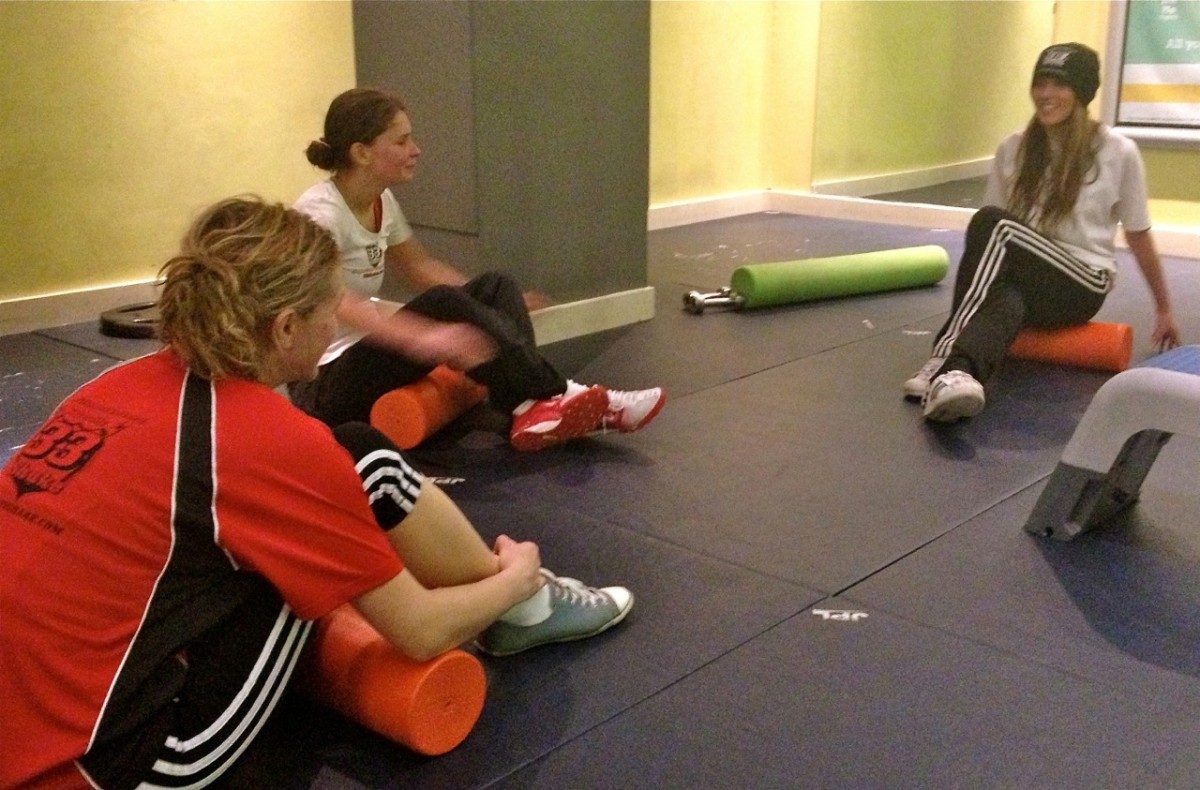 Yet with all this talk of conditioning and yoga, rest assured the real work hasn’t been forgotten. Last weekend saw all three girls tackling some of North London’s least attractive canal towpaths as they took their longest run yet racking up just over 10k from Paddington out of town on the Grand Union canal. As an added bonus, they threw down some hill repeats on a handy bridge. It was no Alpe d’Huez, but it was definitely a start. Rock on.