Outside the chalet we’d taken for race week, small children legged it about sky high on holiday excitement as husbands ran back and forth doing their best to corral the mayhem. Amidst the chaos the girls of Team 33Shake affected an air of cool and calm as they made their final kit preparations for the race the next day.

I’d planned to race the long course here myself until a minor Achilles issue put paid to those plans. Which all turned out rather nicely as it happened because rather than flogging myself around in the sun all day (the long course race is the day before the shorter event), I was on hand to act as team driver for an impromptu course recce.

Just as Formula One drivers walk circuits before they race them, so any triathlete can gain a huge advantage simply by checking out as much of their impending race course as possible. And so we leapt into the team van and the road trip began.

?Stop one was at the gorgeous Lac du Verney swim spot. Here the girls walked the water entry and, more importantly, exit and transition route to the bike start – very handy for avoiding race day confusion and bike loss.

“This water’s freezing,” said a worried looking Giovanna as she dipped a toe.

“True,” said Anya following suit, “but it’s no colder than the Serpentine was the first time we swam there”. 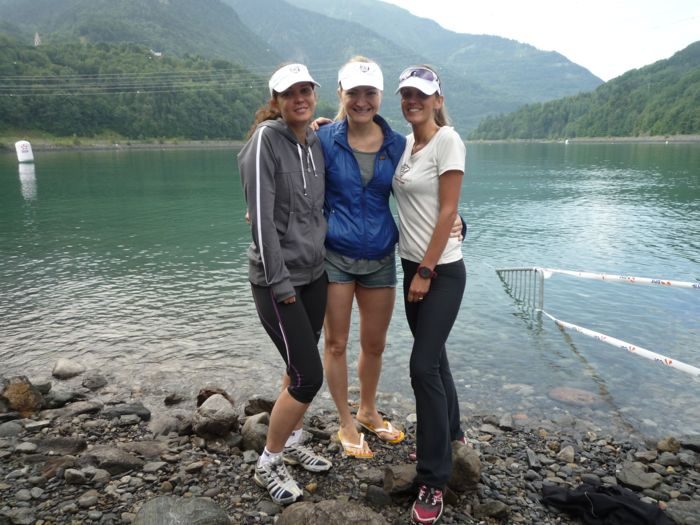 Confidence restored, we drove out onto the bike course. With Alpe d’Huez itself very much the focus here, it’s easy to forget this accounts for less than half of the bike distance on the shorter event. The pre-climb miles are all pleasantly steady.

“This looks much easier than I expected,” said a perked-up Erica before going very quiet as we rolled to the base of the mountain and began the climb.

Pausing at the first hairpin I pointed out the numbers attached to each one, counting down from 21 at the bottom to one at the top.

“We just need to focus on making it to the next hairpin rather than thinking about how far away the summit is,” said Giovanna wisely.

Impossible to believe that she – just like the other two – hadn’t so much as sat on a bike since childhood just a few months ago, let alone tackled any races in her life. 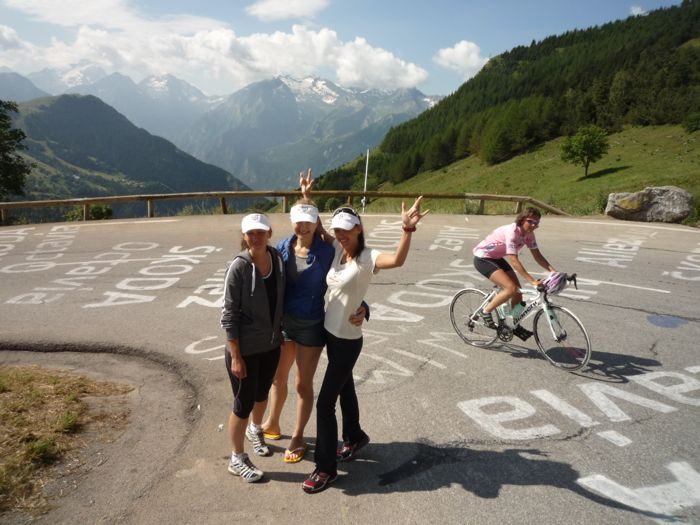 Atop the mountain a swift lap of the run course covered the key points (transition, aid stations, turnaround and finish) and we headed home for a massive dinner and an early night.

Personally I slept like a baby thanks to no race worries spinning around my head, although the same couldn’t quite be said for the girls, particularly Anya and Giovanna who were woken by their thoroughly excited small children wanting to play superheroes.

But as far as I was concerned it was the girls who were the superheroes on this morning. They’d all faced down their demons and struck an epic battle to make it to this start line, and now as they queued to enter the start pen the real adventure was about to begin.

Team 33Shake is naturally fuelled to perfection by 33Shake, 100% natural superfood sports nutrition (www.33shake.com), with additional big thanks to Specialized bikes for the Dolces (www.specialized.co.uk), Polar for the RCX5 GPS watches (www.polar.com), and Evans Cycles (www.evanscycles.com) for the 2XU wetsuits