Dear readers, welcome back. Let me remind you where we left off: since the 2012 Olympic Games I have been on a quest to turn myself from a novice triathlete into an Olympian. Eighteen months down the road and things have started to become serious.

Day-to-day, living this adventure sometimes seems like a battle to keep the paths of reality and ambition from diverging too far from one another, which they inevitably do, leaving gaping holes in my charted trajectory towards success.

I fell into one of these holes last week at my first race of the year, a local sprint triathlon that I had predicted to be an early season form-finder with a top-five finish and a big tick on the progress chart. In practice the only form I discovered was a glaring lack thereof and, as I limped home to a modest 23rd position (in a time slower than I had clocked at the same race last year); I was forced to accept that things were not going to plan.

A shock to the system

Results punctuate an athlete’s development. Good or bad, they qualify the effectiveness of your training and irrefutably benchmark your ability against others’. The punctuation is inevitable; its reading, however, is open to interpretation. I chose to read my poor results as a comma rather than a full stop and have turned the experience into a positive event. As a result I have spent the past week giving my training regime an overhaul, regrouping, and preparing for the next phase of attack.

The biggest change I have made is to take a piece of advice I was given some time ago: that you can’t be a human being all by yourself. In other words I have recruited a support network, in the form of not one, but two new coaches! The rationale behind this is that the more sets of expert eyes monitoring my performance, the more likely they are to find the faults therein. I’m not suggesting that the more coaches an athlete has, the merrier; rather that two schools of thought can complement each other and have a more powerful effect than a singular, concentrated approach.

The first of my new coaches is Fiona Ford (@triathloneurope), former triathlon world champion and member of the phenomenal SwimSmooth family. The results she has achieved in just one week are unbelievable: by performing a video analysis of my freestyle stroke she has taken my critical swimming speed (css) from 1:30/100m to 1:25/100m – which means I now swim 1500m in 21:00 (1.5 minutes faster than my previous 22:30 personal best!). If I can take another five seconds off my css pace over this season, I will be knocking on the door of the elite – an exciting, and now tangible, prospect! 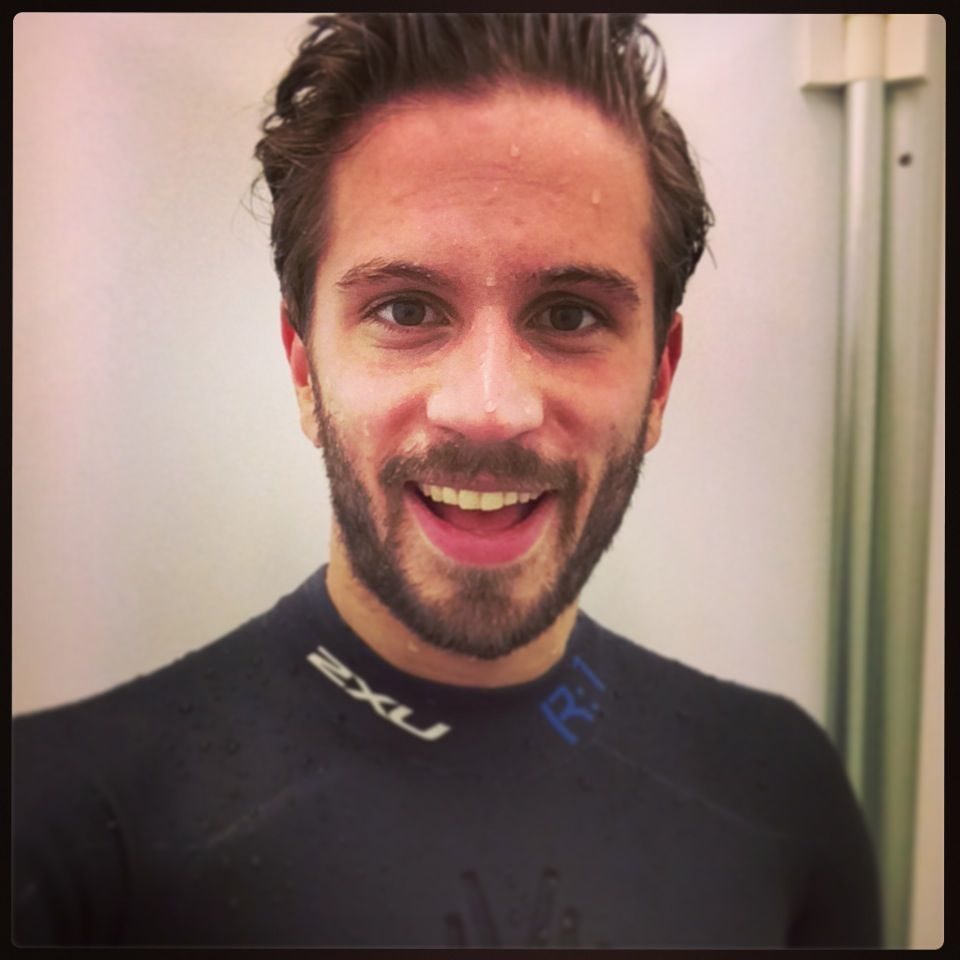 The second addition to my coaching team is Gavin Johnson (@gavinj_a), an elite javelin thrower on the road to qualification for the 2014 Commonwealth games. Gavin has cast a fresh pair of eyes over my overall conditioning and running form and, after only a couple of sessions, has turned me into a stronger, more confident runner and helped me flick the switch between ‘build phase’ (4:00/km) and ‘race pace’ (3:30/km).

Things are looking up, friends! I look forward to meeting as many of you as possible at the Human Race Events, Lidl BananaMan Triathlon on Saturday July 5th; enter to join me here: http://humanrace.co.uk/events/triathlon/bananaman-triathlon.

Blog: Falling off the wagon with the World Champs fast approaching

The Ultimate Triathlon: swim, bike and run from Morocco to Monaco