I want to share with you a story about change. Change is inevitable in life. Things will change no matter how much we try to resist. I believe change is where truly amazing stories are shaped, and want to share the most radical change in my life: the journey I took from being a boy to becoming a man. An Ironman.

Let me take you back to June 2012. I was studying my bachelor degree at Copenhagen Business School and was preparing for a semester abroad in Australia. Being a student in Denmark, without too many obligations in life, I visited all the Thursday and Friday bars I could. I loved being the centre of attention at parties and was known as the one with all the drinking games and tricks.

I even wrote an eBook about techniques to chug beers in less than three seconds. This pattern accelerated when I arrived in Australia, and it became common to party four or five times a week, or even every day. The first three months in Australia were insane and triggered what would become the most radical change in my life.

The most important walk of my life

In September 2012 I decided to travel around Australia in the mid-semester break. I travelled with two awesome friends and we saw the most amazing and beautiful beaches, islands, animals and nature I have ever seen.

We were also drinking and partying several times a day. On the last day of the mid-semester break I decided to go for a 20km walk in Australia’s most amazing rain forest alone. Walking in the rain forest for five hours turned out to be the most important walk in my life. I asked myself: “Anders, is this how you want to spend your life?”

A goal is found

On the 30th of September 2012, I decided that I would stop drinking for a year and complete an Ironman. I could not swim, I had never been on a road bike before and I had bad knees. I had no idea how this was going to happen but I was running away from the old me and chasing the new me at the same time.

It created a tremendous motivation. I realised that we all have 86,400 seconds in a day and we are the only one to decide how we spend them. I was going to be an Ironman! I would accept no excuses and only results.

Next morning I went to the swimming pool and spotted the most talented swimmer there. I went over to him and asked him if he could teach me how to swim. I learned the most basic swimming skills and after two hours I was able to swim 12 meters.

I went to the swimming pool every morning from 6-8am until I learned how to swim. I refused to give up. I did the same thing with the biking and running. I was never more talented than anyone else, but I was far more hungry for success.

I was focusing on becoming the meanest triathlete. Muhammad Ali was once asked: “How many sit-ups do you do a day?” He replied: “I don’t count my sit-ups. I only start counting when it starts hurting.” I had the same approach to my training. I had the mentality of a winner.

Twelve months earlier I was seeking the approval of my surroundings. Now, I was focusing on what made me happy and defining what success meant to me. Training for an Ironman can change your life. 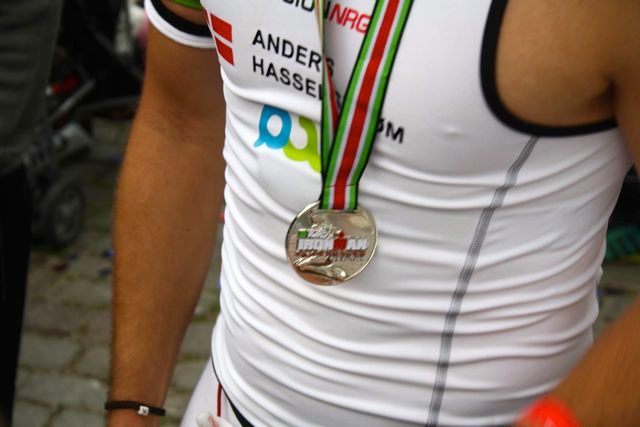 I realised the value of making your body a weapon instead of a junkyard and it made a huge difference to me. I never started drinking again. I changed on my journey from being a boy to an man – an Ironman.

With every step comes the decision to take another. Make that first step and commit to change for the better.

Anders Hasselstrøm is a motivational speaker and Ironman triathlete from Denmark. He aims to inspire people to chase their dreams. Get in touch at: www.andershasselstrom.com